In the process of green-lighting a vertical merger with a firewall remedy, the current Federal Trade Commission (“FTC” or “Commission”) exposed a significant partisan divergence in the commissioners’ approach to vertical mergers. Antitrust enforcement policies toward vertical mergers are a current “hot topic,” particularly in light of the Department of Justice’s (“DOJ”) ongoing challenge to the AT&T/Time Warner merger. The four individual statements that accompanied the proposed consent order here are therefore quite notable, placing on the public record the competing approaches to vertical merger analysis at the current Commission. At the moment, it looks like the commissioners’ positions are solidified, although a case with more concrete evidence of harm—or perhaps the teachings that emerge from the DC Circuit’s forthcoming AT&T/Time Warner decision—could cause some recalibration by any of the five commissioners.

By a split 3-2 vote, the FTC recently permitted Staples, Inc.’s acquisition of office supply wholesaler Essendant Inc. to proceed. In doing so, the Commission issued a proposed consent order requiring a firewall to restrict Staples’ access to commercially sensitive information of Essendant’s office supply customers, who in turn compete with Staples. In the Matter of Sycamore Partners II, L.P., FTC Case No. 181-0180 (Jan. 28, 2019).

According to the FTC’s complaint, Staples is the largest vertically integrated reseller of office products in the United States, selling to individual customers and to resellers. Essendant is the largest U.S. wholesale distributor of office products, selling exclusively to office supply resellers. The FTC alleged that Staples competes with Essendant’s independent reseller customers that sell office supplies to mid-sized business customers. The FTC’s stated concern with the transaction was that “Staples would have access to Essendant’s reseller customers’ commercially sensitive business information, which could allow Staples to offer higher prices than it otherwise would when bidding against a reseller for an end customer’s business.”  The FTC explained that access to the commercially sensitive information may lessen competition in the market for the sale and distribution of office products to midmarket business-to-business customers by eliminating direct and substantial competition between Staples and Essendant’s resellers, which would result in higher prices.

The proposed consent order is designed to remedy the FTC’s concern by requiring Staples to create a firewall that will limit its access to commercially sensitive information of dealers who buy from Essendant, including customer data. Only Staples employees responsible for wholesale functions will have access to such information. The proposed consent order also allows the FTC to appoint a monitor and requires Staples to provide prior notice of certain future acquisitions. Approval of the consent order is subject to a 30-day public comment period.

In their dissenting statements, both Commissioner Chopra and Commissioner Slaughter expressed doubt that the settlement is in the public interest. Commissioner Chopra asserted the Commission is “jumping to conclusions” and that it relied on an “insufficiently developed record that underestimates the likely anticompetitive harms” as a vertical merger that “also raises important horizontal concerns.”  Regarding horizontal concerns, Commissioner Chopra questioned whether the agency conducted sufficient investigation and analysis on whether Staples’ increased buying power as a result of the transaction — both Staples and Essendant source office supplies from upstream trading partners — will allow Staples to “squeeze” its suppliers. He also raised vertical concerns, including the potential for Staples to raise prices for Essendant’s business-to-business customers and to steer customers to itself in geographic markets where Essendant is the market leader. Commissioner Chopra also expressed doubts over the buyer’s incentives, where Staples is owned and controlled by a private equity fund with a track record of operating businesses to increase margins without any guarantee of greater outputs.

Commissioner Slaughter’s dissent also focused on potential harm from the vertical aspects of the merger. She stated that she is “particularly concerned that the current approach to vertical integration has led to substantial underenforcement.” She listed the various types of harm to competition that can arise from vertical mergers, including: limiting access to key inputs, restricting access to important customers, inhibiting entry, evading regulation, facilitating coordination, and allowing anticompetitive information sharing. Commissioner Slaughter indicated that she is “concerned that our conclusions [that approve vertical mergers] depend on unreliable assumptions and predictions about how a vertically integrated firm will conduct itself and are too credulous about claimed procompetitive benefits unique to vertical integration.” She suggested that in close cases where a vertical merger raises meaningful competitive concerns, but where there is insufficient evidence to justify a challenge, the Commission should commit publicly to a retrospective investigation a few years after the merger is consummated. Regarding the investigation conducted by the FTC staff into whether the merged Staples-Essendant could raise rivals’ costs, Commissioner Slaughter disagreed with the majority’s conclusion. She interpreted the staff’s investigation to indicate that the transaction would result in significant harm that will not be remedied by the firewall.

Response by the Majority and Commissioner Wilson

In a joint statement, the majority asserted that the staff’s investigation considered both vertical and horizontal theories of potential harm, and ultimately only raised concerns about Staples’ access to Essendant’s customers’ competitively sensitive information. In response to the dissent, the majority defended the thoroughness of the investigation, noting more than a hundred market-participant interviews, analysis of third-party data, review of millions of documents, and a sophisticated economic analysis. The primary theory of harm that was considered and rejected involved whether Staples would raise Essendant’s prices. The evidence showed, according to the majority, that customers would switch to Essendant’s largest competitor rather than to Staples if faced with a price increase. The majority also explained that their decision did not rest on efficiencies, as suggested by the dissenting statements, but rather on “the absence of evidence that this acquisition will result in anticompetitive harm outside of the specific area addressed in our order.” In response to Commissioner Slaughter’s dissent, the majority made particular note of the series of public hearings held last year by the Commission to examine many issues of competition policy and enforcement, including vertical mergers.

In a separate statement, Commissioner Wilson said that the dissent cited “left-leaning Washington think tanks” to echo the claim that “antitrust policy has long been too permissive.” She countered that “there is scant evidence that markets are less competitive today than they were in some ill-defined golden age of yore.” Instead, Commissioner Wilson suggested that the criticism of a “too permissive” antitrust policy relies on “highly flawed analyses” that “assumes increased concentration, and consequently consumer harm, using ad hoc estimates of increased revenue shares.” On vertical mergers, Commissioner Wilson stated that “vertical mergers by definition combine firms that operate at different levels of production [and] [c]onsequently… [do] not alter concentration in any relevant market.”

The various separate statements show some common ground among the commissioners, at least agreeing that vertical mergers do require some antitrust scrutiny; however, there appears to be significant divergence as to the degree of scrutiny that is required. Until the DOJ brought the AT&T/Time Warner case, it was fairly well understood how the antitrust agencies and the courts would treat vertical mergers. But going forward, their treatment is perhaps the most interesting antirust question of 2019. The DC Circuit and the antitrust agencies will have much to say on the question; there is even talk of the antitrust enforcement agencies issuing new vertical merger guidelines to replace the current ones that were issued in 1984. Watch this space. 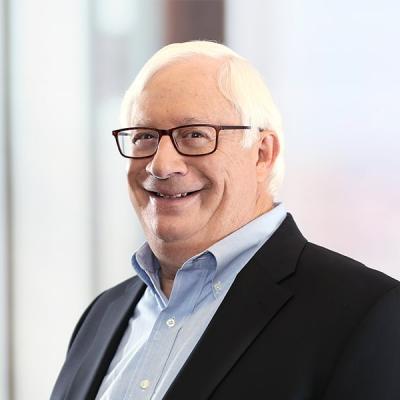