Building a company from the ground up is a risky (but hopefully rewarding) endeavor for founders. In exchange for the founders’ efforts and devotion to the success of the company, the founders take a significant equity stake in the company, with the expectation that the value of these shares will grow substantially as the company grows.  However, where there are multiple founders involved, each founder will want to ensure that their co-founder(s) are incentivized to stay with the business and work hard to make it successful, rather than holding on to a large equity stake and relying on the other founders to put in the lion’s share of the work needed to grow the business.  To address this concern, the initial grant of shares to each founder is often made subject to “vesting,” which links a founder’s right to keep such shares (or some portion thereof) to their continued service with the company.

For founders, a typical vesting schedule might be a four year period, with a one year “cliff,” i.e., the first 25% of the shares vest on the one year anniversary of the founder’s start date with the company, and thereafter the remainder vest in equal monthly or quarterly installments over the following three years.

For example, if a founder holds 4,800 shares with a four year vesting period and a one year cliff, all of the founder’s shares are subject to the repurchase right if they cease providing services to the company during that first year. 1,200 shares are released from the repurchase right on the one year anniversary of the agreement, and (assuming monthly vesting) the remaining 3,600 shares are released monthly in equal installments for the next three years (100 shares per month). On the four-year anniversary of the founder’s agreement date, the full 4,800 shares will have vested and the founder will be able to keep their shares should such founder cease to provide services to the company.

Milestone-based vesting is less common than time-based vesting because for most new ventures, it is difficult to predict how the company may evolve, and setting meaningful milestones on day one is often not possible.  However, if a business feels that it can establish milestones that can be articulated with a reasonable amount of specificity and are unlikely to change, milestone-based vesting may be appropriate, as it would closely match the founders’ vesting to their demonstrated success in the growth of the company (e.g. the achievement of the milestones).

Under a milestone-based vesting schedule, the shares granted will vest upon the completion of certain projects, or when the company has reached established business goals (such as completing the company’s first pilot study or obtaining a particular regulatory approval for a product).  In such instances, the founders operate “at risk” until the milestones are achieved, as their shares will only vest upon milestone achievement, no matter how long the founder continues working for the company.

Vesting restrictions on shares are not required to start a company, however it is often wise for founders to establish vesting restrictions early, because vesting benefits founders, and makes the company more attractive to investors.

Vesting incentivizes each founder to remain committed to the company, which gives co-founders (and later on, investors) confidence that the key players in a company’s growth will remain with the company and work hard to ensure its success.  Should a founder leave in the early stages of the company (that “dream job” at CoolTechCo came through, or the lottery numbers hit and they decide to buy a bar in Belize (both true stories)) the remaining founders can find another person to fill that role – with the equity to incentivize them to take on the challenge.  In a nutshell, vesting restrictions allow the company to reclaim some or all of a departing founder’s shares, with the hope that the amount retained by a founder upon departure is proportional to the value such founder provided while at the company.

If founders are not subject to vesting at the time the company undergoes its first financing, investors are likely to insist that the founders subject a certain amount of their shares to vesting at that time.  When considering investing in a new venture, investors are interested in the company’s technology and business plan, but are most often betting more on the people behind that idea.  Investors need to feel confident that the key personnel at the company are incentivized to remain with the company, and vesting is a widely understood (and effective) way to achieve that goal.  While founders may elect to take their initial shares without any restrictions and take a “wait and see” approach when it comes to investors, such an approach runs the risk that a new investor may insist on adding vesting restrictions more onerous than those that the founders could have imposed on themselves at the outset. If founders establish reasonable restrictions themselves, investors may be satisfied and not require anything further.

Having a founder’s shares vest immediately upon change in control of the company requires the new controller to find new ways to retain and incentivize the founders (who, depending on their ownership percentage and the value of the deal, may now be very rich). This need to provide new incentives may be thought of as an additional transaction cost by the purchaser, which could have the effect of driving down the overall deal price.

Double trigger acceleration is triggered in certain instances if both (i) there is a change of control of the company, and (ii) within some period of time thereafter, the founder is terminated without cause (or leaves the company with good reason).  In this instance, the assumption is that, but for the change of circumstances beyond the founder’s control that resulted in the founder’s departure, they would have had the opportunity to continue serving the company (and to continue to have their share vest).

When shares are subject to vesting, how and when a founder is taxed on those shares is controlled by Section 83 of the Internal Revenue Code. Under Section 83, if a person receives shares subject to vesting (i.e. shares that are subject to “a substantial risk of forfeiture”), then that person will owe tax on those shares as they vest (e.g. no longer at risk of being forfeited).  In practice, this means that on the one year anniversary and on a monthly basis thereafter (or however often shares vest under that founder’s vesting schedule), the founder will need to make a determination of the fair market value of the shares that have vested, compare that against the purchase price of the shares, and pay tax on the difference.  This is impractical, not to mention risky from a liquidity standpoint – if the shares significantly increase in value, the founder may owe a large tax bill, but not have the ability to sell any shares in the company to pay the tax.

Fortunately, founders have the option to make an “83(b) election” within 30 days of the date the shares were originally purchased, whereby the founder elects to have the purchase count as a taxable event (e.g. treat the shares as if they are not subject to forfeiture) and pay tax on the difference between the fair market value and the purchase price of the shares at the time of purchase (which will often be $0, since shares are typically purchased at fair market value). This 30-day deadline for the 83(b) election is a hard and fast deadline with no extensions. If the founder misses the deadline, they lose the ability (and the benefit) to make an 83(b) election.

The founder will of course still have to pay tax on the eventual sale of the shares with or without a Section 83(b) election, but the holding period required for capital gains treatment begins immediately if the election is made as opposed to at the time of vesting if an election is not made.

Vesting provisions are common for founders’ shares; these provisions can provide protections for founders by mitigating some of the risk associated with starting a business from nothing, and can help spur further growth when the company starts to seek outside financing from investors. When considering how to structure the terms of founders’ shares and the tax approach to take, seeking advice from experienced legal and tax professionals is critically important, as the structure and terms of these arrangements will vary based on each founder’s and each company’s facts and circumstances. 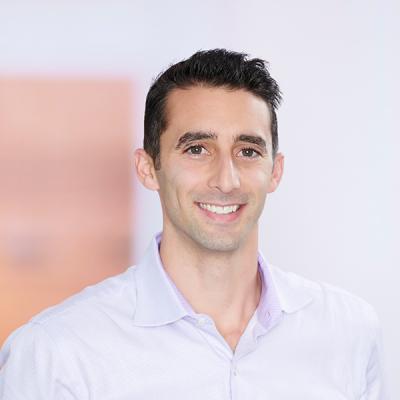 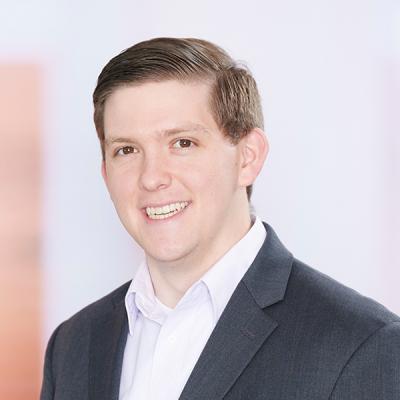