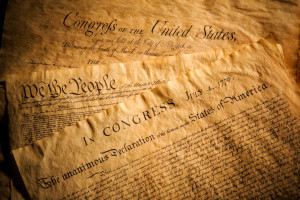 Pharmaceutical manufacturers have likely taken note of Amarin Pharma Inc.’s recent success in a pre-enforcement legal challenge against the Food and Drug Administration (FDA or the Agency). On August 7, 2015, Amarin obtained a preliminary injunction that prevents the Agency from bringing misbranding charges against the company for making truthful statements to doctors about off-label (unapproved) uses of the drug Vascepa® (icosapent ethyl). Amarin claimed that FDA’s threat of initiating a misbranding action had a chilling effect on the company’s ability to engage in constitutionally protected truthful speech, and from providing valuable information to physicians. This significant ruling from Judge Paul Engelmayer in the Southern District of New York represents the first time FDA has been enjoined on First Amendment grounds from prosecuting a drug manufacturer for misbranding based on the manufacturer’s truthful marketing of its product.

In filing its complaint against FDA, Amarin sought protection for its speech “both at a general and a statement-specific level.” At a general level, Amarin’s First Amendment challenge alleges that FDA’s threat of misbranding under provisions of the Federal Food, Drug and Cosmetic Act (FFDCA or the Act), 21 U.S.C., §§ 331(a) and 333(a)(1), restricted Amarin’s speech. Based on United States v. Caronia – a 2012 decision from the Second Circuit, discussed previously on our blog, here and here, in which the conviction of a drug company sales representative was vacated because Caronia could not be convicted for on the basis of his truthful speech about off-label uses for a drug – the court broadly held that Amarin may engage in truthful and non-misleading speech promoting an off-label use of Vascepa, and that this speech may not form that basis of a prosecution for criminal misbranding. At the statement-specific level, the court also reviewed in great detail specific statements and disclosures for which Amarin sought comfort would not be the subject of a misbranding action.

Although the decision appears to provide some breathing room for manufacturers to make truthful off-label marketing statements under the FFDCA, the Amarin court also affirmed FDA’s interests in ensuring the accuracy of information distributed by drug companies, as established by the Supreme Court in the 1980 Central Hudson decision. Specifically, governmental restrictions on truthful commercial speech must advance a substantial government interest, and they may not be more extensive than necessary to serve that interest.

Neither the FFDCA nor FDA’s implementing regulations expressly prohibit the promotion or marketing of drugs for an off-label use. But FDA’s longstanding position regarding off-label marketing by drug manufacturers derives from the statutory prohibition against the introduction of any “misbranded” drug into interstate commerce. The Act establishes that a drug is misbranded if its labeling does not include “adequate directions for use,” and FDA regulations explain that this means directions for use must provide for the safe use of the drug for the purposes for which it is intended the manufacturer or distributor.

In prosecuting cases involving a misbranding charge that stems from off-label marketing, FDA and the Department of Justice argue that once a manufacturer promotes a drug, whether through oral or written statements, for an unapproved use, such use becomes an “intended” use such that the label no longer accurately conveys “adequate directions for use,” rendering the product misbranded. Over the years, the ban on off-label communications has become broadly applied by the government and has stifled drug company’s engagement with new communication tools, for example social media and other types of electronic communications.

Amarin’s drug Vescepa (icosapent ethyl) was approved for use in adults with very high levels of triglycerides, and Amarin subsequently sought approval to market Vascepa for a second use, in patients with “persistently high triglycerides.” Amarin completed a clinical study for this second use, but FDA did not grant approval for the proposed indication, based on the fact that there was uncertainty regarding the impact of the triglyceride reductions in those patients’ cardiovascular risk profiles (notwithstanding that Amarin had met its study objectives and Vascepa produced a statistically significant reduction in those patients’ triglyceride levels). This second use is the off-label use at issue in the case, for which Amarin wanted to make certain objectively truthful statements to doctors, including about the results of the clinical trial conducted in patients with persistently high triglycerides.

When FDA denied approval of Amarin’s application for the second indication, the letter also stated that Vascepa may be considered misbranded under the FFDCA if it is marketed with a discussion of the study results “before approval of this supplemental application” (such warnings about potential violations of the Act are common language in certain Agency communications to drug sponsors). After receiving FDA’s letter, Amarin, along with several physicians, brought an as-applied First Amendment challenge to FDA’s policy prohibiting Amarin “from making completely truthful and non-misleading statements about its product to sophisticated healthcare professionals.”

Amarin’s complaint also contended that FDA’s position deprived the physician co-plaintiffs of important medical information, because physicians may lawfully prescribe drugs for off-label uses and, indeed, in many contexts off-label use may be the standard of care (to the extent that Medicare and other payors may cover payment for such uses). Amarin alleged that physicians “need truthful and non-misleading information about these drugs to make informed decisions about what is best for their patients,” but FDA’s “current regime for regulating the flow of ‘off-label’ information. . . severely restricts medical professionals’ access to information from the source most knowledgeable about the drugs: the drug manufacturers.”

In addition to the broad speech protection that Amarin sought to obtain, the company also sought a ruling permitting it to make specific statements that it alleged were “carefully-circumscribed, truthful, and scientifically-accurate,” and it provided specific off-label promotional content regarding Vascepa for the court’s review. After filing the complaint, Amarin sought a preliminary injunction to prevent FDA from bringing a misbranding action, with the Agency’s written enforcement threat as a factor weighing in Amarin’s favor.

In his August 7 ruling, District Judge Engelmayer sided with Amarin, explaining that the court’s “considered and firm view is that, under Caronia, the FDA may not bring such an action based on truthful promotional speech alone, consistent with the First Amendment.” The court held that under Caronia, truthful and non-misleading speech promoting the off-label use of an FDA-approved drug cannot be the basis for a misbranding action.

Next, the court analyzed Amarin’s specific proposed statements about Vascepa, which consisted of three specific statements regarding the second, unapproved use of Vascepa; five disclosures to assure its statements were not misleading; and several scientific reprints that the company proposed to disseminate.

Judge Engelmayer’s ruling is quite detailed and thorough, especially for a preliminary injunction, which may indicate that he expects FDA to appeal the First Amendment holding against it (the Agency did not seek any review of the Second Circuit’s Caronia decision). So we will continue to monitor and report on any developments in this case.

There are several factors that mark this ruling as only the beginning of a transformation in the area of drug manufacturer communications and FDA regulation.

So it is important to remember that neither the court’s decision here nor the First Amendment more generally would protect a manufacturer from prosecution when it makes false, misleading, or unsubstantiated claims about a drug product. We expect other companies to also seek constitutional protection for specific off-label marketing campaigns from the courts until FDA revises its policies in this area – or until a favorable decision from the Supreme Court applies broadly to all members of regulated industry.