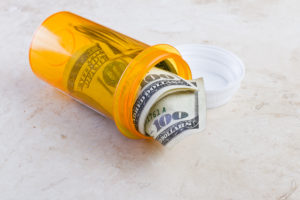 It has been a few weeks since the publication of the Trump Administration’s Blueprint to Lower Drug Prices, and Secretary Azar’s  Request for Information (RFI) on the Blueprint.  We previously posted about the Blueprint’s focus on the 340B Drug Discount Program.

Many have speculated about the possible changes in store for Medicare under the Blueprint, especially the potential changes to Medicare Parts B and D.  But what about Medicaid?  Unlike Medicare, the federal government does not have exclusive authority to impose operational changes in Medicaid, because of the role of the individual states (and DC) in administering their own Medicaid Programs.  What do the Blueprint and RFI say about Medicaid, and what are the potential implications?

The Blueprint and RFI

However, missing from this part of the proposal is any reference to Medicaid Best Price, especially in the context of Managed Care.

The Blueprint and RFI do recite some vague long-term goals for Medicaid, but no concrete proposals were included.  Instead, HHS-OIG is seeking input through the RFI on such topics as:

Will There be any Change to Medicaid Best Price?

“We may need to move toward a system without [Part D] rebates, where PBMs and drug companies just negotiate fixed-price contracts….Such a system’s incentives, detached from artificial list prices, would likely serve patients far better.”

Yet, while the RFI hints around the edges at the effect of Medicaid Best Price in deterring value-based arrangements, it does not ask the key question:  does the Medicaid Drug Rebate Program and its use of Best Price artificially increase overall drug prices? And if so, what should be done about it?  However, this was an issue raised directly by the White House Council of Economic Advisers (CEA) earlier this year.

In order for drug manufacturers to have Medicaid cover their prescription drugs, they must participate in the Medicaid Drug Rebate Program. The Medicaid Drug Rebate Program requires manufacturers to provide rebates on Medicaid payments for drugs based on confidential calculations that use (a) the “Best Price” the manufacturer offers to any purchaser of the drug, and (b) the Average Manufacturer Price (AMP) paid by wholesalers and retail pharmacies for the drug.  The Medicaid Drug Rebate for brand named drugs is either 23.1% of AMP or the difference between AMP and Best Price, whatever is greater. There are different rebate calculations for blood clotting drugs, drugs approved by the FDA exclusively for pediatric indications, generic drugs, and when brand and generic drug prices rise faster than inflation.  It is enough to make anyone’s head spin.   But what it all means is this:  there are two different measures, Best Price and AMP, that play a role in Medicaid Drug Rebate calculations.  If Best Price drops due to manufacturer incentives to the state, the rebate formula on brands still defaults to 23.1% of AMP (the minimum rebate).

The CEA found that the Best Price calculations can drive manufactures to increase the cost of prescription drugs in the private sector, especially where the drug is heavily utilized by Medicaid beneficiaries.  The CEA is not alone in acknowledging concerns about the effect of Medicaid Best Price on overall drug prices.  CMS has itself acknowledged that the Medicaid Best Price must be considered when crafting value-based arrangements, but offered no substantive guidance outside of evaluating individual proposals on a case-by-case basis.  Other industry commentators have gone further, advocating for wholesale replacement of Medicaid Best Price in favor of value-based arrangements.

So the most curious omission in the Administration’s Blueprint, RFI, and public comments may be the failure to mention Massachusetts’ pending Medicaid 1115 waiver.  Submitted in September 2017, the waiver would allow the Commonwealth to select preferred and covered drugs through a closed Medicaid formulary and separately procure a “cost-effective” specialty pharmacy network.  CMS has yet to rule on the waiver request.

Thus, while the Administration touts that the President’s budget proposal calls for the creation of up to five Medicaid Demonstration Projects to test drug coverage and financing reforms, the continued failure to act on the pending Massachusetts waiver proposal must give pause.  Moreover, the Administration’s reluctance to substantively address Medicaid Best Price may be reflective of political reality:  many states may not be willing to give up the back-end income stream from Medicaid Drug Rebates for the potential of lower costs on the front-end.

So given the issues underlying Medicaid Best Price, will the administration actually take any real substantive action to reform Medicaid as part of its efforts to address high drug prices?  For now, we will just have to wait and see.