As we noted in our previous blog post, there are several legislative priorities in the health care space that could see action this year. There are also a variety of activities beginning this year that could set the stage for later action.

Programs for some health programs like community health centers and the National Health Service Corps were, as part of the Further Consolidated Appropriations Act, 2020 (P.L. 116-94), extended through May 2020, creating an opportunity for health care legislation then—particularly as the president and lawmakers look for a win before election season is fully underway. Retiring Senate HELP Committee Chairman Lamar Alexander (R-TN) has signaled his interest in a legacy health bill, improving the prospects for a bill. We are also keeping an eye on the Cures 2.0 effort, which was launched in late 2019 by Representatives Diana DeGette (D-CO) and Fred Upton (R-MI), both champions of the 2016 21st Century Cures Act that focused on research, regulation, and reimbursement.

Cures 2.0 could serve as a vehicle for the health extenders expiring in May, though it is unlikely we’ll see action—let alone resolution—by then on the numerous provisions being discussed for inclusion in that bill. Rather, Cures 2.0 is more likely to be a vehicle for a variety of other ideas, some of which have been under discussion for a while, and some of which may develop through the effort. Early Cures 2.0 chatter is focused on streamlining reimbursement policies to improve patient access to medical products.

Here’s what we’re tracking for a 2020 health care legislative package (whether Cures 2.0 or something else):

Despite bipartisan attention, 2019 saw little consensus on how to achieve comprehensive reform for surprise billing, which is when patients receive large bills for out-of-network care even in instances when they did not intend to choose or had no other option but to use an out-of-network provider. Congress continues to struggle with price setting for out-of-network care and both sides claim the other side’s solutions will lead to higher costs for patients in the long run. Health plans prefer benchmark rate setting while provider groups prefer an arbitration-based approach. Other related policies, such as reimbursement of air ambulance services, could further complicate negotiations.

Drug pricing was a focus for Congress and the Administration in 2019, but neither branch of government finalized legislation or regulations that significantly changed the status quo. We anticipate that both the House and Senate will continue to consider drug pricing bills in 2020. We expect that such bills will include provisions that limit drug price inflation, promote biosimilars, and increase transparency in the pharmacy benefit manager arena.

The Verifying Accurate and Leading-Edge IVCT Development (VALID) Act would create a new regulatory oversight model for clinical lab tests, including laboratory developed tests (LDTs) and in vitro diagnostics (IVDs), which would together be rebranded as in vitro clinical tests (IVCTs). This bill has been in the works for more than five years, with multiple discussion drafts disseminated publicly. Among other elements, the latest discussion draft calls for a user fee program to be negotiated between the IVCT industry and the Food and Drug Administration (FDA). That means 2020 is a great year to enact this bill because doing so would allow for time to conduct those negotiations in advance of the 2022 medical product user fee reauthorizations.

Following a few high-profile problems with cosmetics in recent years and a recognition that the Federal Food, Drug, and Cosmetic Act has not been significantly updated vis-à-vis cosmetics since its enactment in 1938, Congress has recently turned attention to how the regulatory system can be improved to assure cosmetic safety and consumer confidence. Bills in both the House and Senate seek to create new requirements for cosmetics manufacturers as well as for FDA, which would be required to study the safety of ingredients from a list developed in consultation with industry and consumer groups and to develop good manufacturing practices (GMPs) for cosmetics. These bills have been around for a while, and their outlook in 2020 is unclear despite widespread support.

On December 10, 2019, the Senate passed an over-the-counter (OTC) drug monograph reform bill that aligns with major elements of a similar bill already passed by the House, giving hope that 2020 could see reform finally enacted after years of debate and political dealing. The big-ticket items for which the House and Senate are now aligned are an 18-month marketing exclusivity period and a user fee program to provide funding for FDA to implement new authorities related to OTC drug monographs.

With FDA’s draft guidance on medical device servicing and remanufacturing delayed (the agency previously promised it by September 2019) but expected early this year, Congress may be interested in addressing some of the challenges the agency has signaled it will not address via guidance, including registration of servicers and inspections of servicing facilities.

We’re also going to be closely monitoring the discussions about FDA’s medical product user fee programs, which are set to expire in 2022 but for which negotiations will begin this year.

Lastly, health care reform remains a perpetual issue with the 2020 campaigns highlighting key differences between Republicans and Democrats—and among Democrats. With the progressive wing of the party seeking to push Democrats further left, a key debate will continue to be whether and how to tweak the Affordable Care Act or to replace the entire system with Medicare-for-All. Republicans may decide their best strategy is to defer to the judiciary, to which the President has made a record number of appointments in his three years on the job.

Whether as part of Cures 2.0 or another vehicle, we do not expect legislative activity around health care to wane in 2020. On the contrary, the nation’s massive health care apparatus remains a key focus for Congress and the Administration, and we’ll be closely watching federal activity in this election year.

*Hannah Merrill and Brett Else contributed to this post. 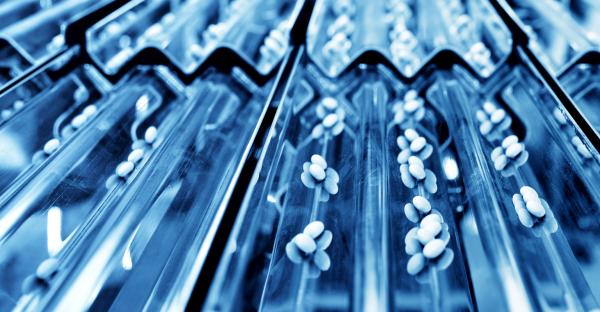 Drugs, Biologics, and Regenerative Medicine in 2019: A Successful Year Ends with Promise of a More Challenging 2020