For the first time since April 2013, the Department of Health and Human Services’ Office of Inspector General (OIG) revised the Provider Self-Disclosure Protocol (SDP) on November 8, 2021.  The SDP allows providers and other entities to voluntarily disclose and resolve instances of potential fraud involving federal health care programs, including potential overpayments and Anti-Kickback Statute (AKS) violations.  The OIG originally published the SDP in 1998, and has since modified the SDP several times generally to make the SDP a more appealing option for providers and other health care entities.

As detailed below, revisions to the SDP include:

The OIG also renamed the SDP the “Health Care Fraud Self-Disclosure Protocol” presumably to make clear that the SDP is available to any “person,” as that term is broadly defined in 42 C.F.R. § 1003.110, not just health care providers. A redline comparing the 2013 SDP to the recently revised SDP can be found here.

Perhaps the most noteworthy change to the SDP is new statistical information on SDP settlements.  Between 1998 and 2020, the OIG resolved over 2,200 disclosures resulting in recoveries of over $870 million to the Federal health care programs.  From 2016 to 2020, the OIG settled 330 disclosures, an increase from the 235 cases resolved from 2009 and 2013.  This statistic suggests that the OIG received a higher volume of disclosures, that it processed the disclosures at a faster pace, or both.  Notably, the OIG reported that in all cases it released the disclosing parties from permissive exclusion without requiring any integrity measures, which should offer some encouragement for anyone considering submission of a self-disclosure to the OIG.

Given that the OIG is authorized to impose penalties of up to $100,000 per violation and an assessment of up to three times the total amount of the kickback for AKS violations, and $20,000 per false claim submitted, the increased minimum settlement amounts are unlikely to dissuade anyone from using the SDP, unless the potential damages associated with the conduct is lower than the applicable minimum.  For example, the damages related to employing or contracting with an excluded individual may be less than $20,000 if the individual was employed for a short amount of time or did not provide directly reimbursable services.  In such cases, the disclosing party can pay $20,000 in exchange for the OIG’s release or make a repayment to the applicable Federal health care programs.  The latter course of action requires the disclosing party to forego the release but offers the benefit of not appearing on the OIG’s public list of disclosures.

Even though the OIG has raised the minimum settlement amounts, health care entities should keep in mind that disclosing under the SDP offers other benefits, such as a presumption against requiring a corporate integrity agreement and application of a lower multiplier on the damages amount.  CMS also suspends the obligation to report and return overpayments until a settlement agreement is entered or the entity withdraws or is removed from the SDP.

Disclosure of Reportable Events Under CIAs Under the SDP

The revised SDP clarifies that a party subject to a CIA can use the SDP to make disclosures, including disclosures of Reportable Events, as defined by the CIA.  A disclosing party must also send a copy of the disclosure to the party’s OIG monitor and therefore need not prepare a separate submission to address the Reportable Event. Examples of common reportable events include:

One major drawback to the SDP is that it only results in a settlement of matters under the OIG’s CMP authorities, and thus it does not release a disclosing party from liability under the False Claims Act (FCA), which is enforced by the DOJ.  The SDP has long included a section noting that the OIG coordinates with the DOJ on matters disclosed under the SDP and “advocates that the disclosing party receive a benefit from disclosure under the SDP,” but ultimately the DOJ determines the outcome with respect to the FCA. While the OIG’s policy with respect to civil matters has not changed, the revised SDP does include minor changes regarding OIG’s coordination with the DOJ in criminal matters.  Most notably, OIG no longer will encourage disclosure of potential criminal conduct through the SDP process or advocate to DOJ for leniency in criminal cases.  The OIG seems to be taking a more hands-off approach when it comes to criminal conduct.

As noted above, the SDP offers a number of advantages to disclosing parties, including a presumption against a CIA, a lower damages multiplier, and suspension of the requirement to report and return overpayments.  However, the SDP now requires the disclosing party to pay at least $100,000 for potential AKS-related violations or $20,000 for all other matters, absent demonstration of an inability to pay.  The use of the SDP may also entail some risk because documents prepared in connection with internal investigations required under the SDP can lose their attorney-client privileged status, and the investigation may alert potential whistleblowers and educate the OIG about other potential fraud and abuse violations by the disclosing party.  Health care companies should use caution when balancing these and other considerations when deciding whether to make a disclosure to the OIG. 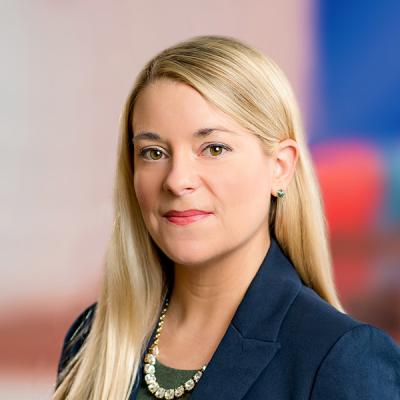