The heightened pleading requirements of Federal Rule of Civil Procedure 9(b) require that, for allegations of fraud (which include FCA claims), “a party must state with particularity the circumstances constituting fraud or mistake.” Among other things, a cause of action for “false claims” must allege the defendants submitted false claims, or caused false claims to be submitted, to the government. The crux of the issue petitioners asked the Court to address is whether, to meet Rule 9(b)’s requirements for FCA causes of action, relators must allege in the complaint specific details of false claims allegedly submitted to the government for payment. This issue typically arises in qui tam cases under the FCA after the government declines to intervene.

In applying Rule 9(b) to FCA causes of action, federal circuit courts have adopted standards that essentially fall along a continuum of the necessary detail regarding specific false claims. For example, the Sixth Circuit has placed a greater emphasis on pleading specific claims and allows pleading either specific false claims or specific facts that lead to a strong inference that a claim was submitted, based on a relator’s personal billing-related knowledge. By comparison, the Ninth Circuit more broadly permits relators to plead the particular details of a scheme to submit false claims paired with reliable indicia that false claims were submitted as a result of the scheme.

The three petitioners seeking certiorari, two of which were relators and one a defendant, urged the Supreme Court to resolve a circuit split about the detail required to satisfy Rule 9(b) at the pleading stage of an FCA lawsuit. The Supreme Court invited the Solicitor General to weigh in. The Solicitor General recommended that the Court deny certiorari. The Solicitor General described approaches taken by numerous circuit courts and argued that certain courts have backed away from a per se requirement for relators to identify specific false claims. Instead, courts have “largely converged on an approach that allows relators either to identify specific false claims or to plead other sufficiently reliable indicia supporting a strong inference that false claims were submitted to the government.” According to the Solicitor General, perceptions of disarray among the circuits “simply reflect courts’ application of a fact-intensive standard to a range of different types of allegations.” Observers have noted that the Solicitor General’s position also may reflect its concerns that, if the Supreme Court took these cases, it may be inclined to adopt a relatively strict pleading standard.

In practice, the nuances between different standards to meet Rule 9(b) in different courts of appeals may affect the likelihood that defendants can obtain dismissal of FCA complaints, particularly when the allegations lack specific details regarding purportedly false claims. Some observers have suggested that the current differences among the federal circuit courts of appeals will encourage relators to “forum shop” and file cases in jurisdictions with purportedly more lenient Rule 9(b) standards. But the Court’s recent denial of cert. simply preserves the status quo among the circuits. Litigants likely have been, and will remain, cognizant of the Rule 9(b) standards that courts in different circuits will apply to decide motions to dismiss.

It remains to be seen whether the Supreme Court will address Rule 9(b)’s requirements as applied to the FCA in the future. This issue has been widely discussed and closely watched by FCA observers, and numerous stakeholders want the Supreme Court to weigh in. We will continue to monitor this issue. 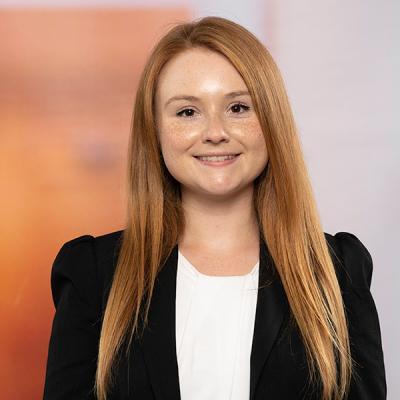 Ashley A. Markson is an Associate at Mintz who focuses her practice on complex commercial litigation and white collar criminal defense. She advises clients in all stages of litigation in federal and state courts as well as in government investigations and enforcement actions.