In the past several months, lawmakers in both the United States and the European Union have introduced legislation to enact carbon border adjustment mechanisms (CBAMs) in their respective jurisdictions. Also known as a “carbon border tax,” a carbon border adjustment mechanism places a border fee or tax on carbon-intensive imports to a country. While the US and EU proposals face roadblocks to their adoption (in the US) and full implementation (in both the US and EU), these two landmark initiatives signal a potential shift toward the usage of novel legal and regulatory tools – in this instance from the field of international trade – to promote climate policy.

What is a CBAM, and what issues does it aim to address?

Advocates suggest that CBAMs serve several key public policy aims. For one, CBAMs are designed to level the playing field for businesses operating in higher-cost jurisdictions with robust environmental regulations by increasing the price of goods produced by competitors in jurisdictions with less stringent environmental rules. Along these lines, CBAMs also aim to reduce “carbon leakage,” a phenomenon in which manufacturers relocate their most carbon-intensive operations to countries with low levels of environmental protection, thereby evading carbon regulations in their original countries. By reducing carbon leakage, carbon adjustment border mechanisms may also incentivize countries around the world to adopt more intensive carbon regulations by reducing some of the short-term economic advantages associated with lighter regulatory schemes.

The US and EU carbon border adjustment proposals diverge in several places. The US bill, introduced in July 2021 by Senator Chris Coons (D-DE) and Representative Scott Peters (D-CA) as the “Fair, Affordable, Innovative, and Resilient Transition and Competition Act” (FAIR Transition and Competition Act), proposes to apply a carbon fee to imports at the U.S. border starting in 2024. An estimated 12% of U.S. imports would be subject to the tax, including imports of natural gas, coal, petroleum, and other products with production processes that involve significant carbon usage such as steel, iron, and aluminum. Exemptions to the carbon fee would apply toward imports from “least developed countries” as well as countries with laws and regulations that are “at least as ambitious” as U.S. federal laws in their aim to reduce carbon emissions. Half of the revenue from the border adjustment is earmarked to help states in their enactment of climate transition and adaptation policies, as well as communities that are likely to face the brunt of pollution and climate-related harms. The other half of the accrued revenue would fund research and development geared toward lowering carbon emissions.


Challenges at the domestic and international levels

The US and EU border proposals face both roadblocks and opportunities in the years to come. For now, the US proposal remains an un-adopted bill, and the Biden administration has not yet lent its official support. In March 2021, the Biden administration’s Office of the United States Trade Representative – the office of the country’s chief trade negotiator – noted in its 2021 Trade Policy Agenda that the administration’s fight against climate change would include “consideration of carbon border adjustments” – particularly “[a]s appropriate, and consistent with domestic approaches to reduce U.S. greenhouse emissions.” In August, Reuters reported that the White House has so far withheld its support for the bill, with a White House official noting, “We believe that carbon border adjustments in relation to carbon-intensive goods represent a potential, useful tool. We do not have a comment on any specific proposals at this time.” The same official maintained that the administration will “continue to engage with Congress, our partners around the world, and other stakeholders, including workers and domestic industry, on this issue.”

While the European Commission formally adopted the EU border adjustment proposal in July 2021, analysts warn that the border adjustment will likely face challenges at the international level, specifically from countries that are adversely affected by the CBAMs that are implemented, through the dispute settlement mechanism of the World Trade Organization (WTO).  In principle, WTO members should be able to adjust their ETS systems for imports as the EU CBAM proposes to do. Therefore, the question of whether the EU CBAMs comply with WTO rules comes down to whether the CBAMs discriminate against certain countries unfairly, unless the CBAMs fit within one of the narrow exceptions under Article XX of the General Agreement on Tariffs and Trade.  The European Commission launched the proposed CBAM on July 14, 2021, and will introduce new measures transitionally in 2023 and finalize them before 2026. Whether any challenges to the proposed EU CBAMs will be made or whether the proposed EU CBAMs will in fact be in compliance with WTO rules remains to be seen. 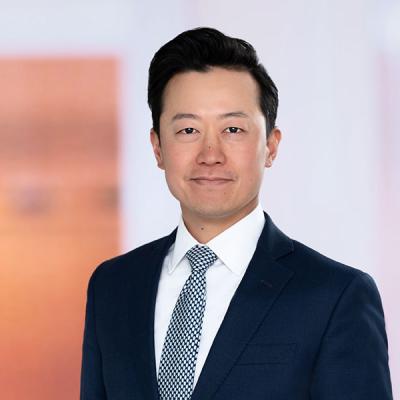