The Rise of Shared Work Spaces: Tips for the Unwary

The co-working model likely owes its meteoric rise to a shift in the workforce landscape at home and abroad. As more of the global workforce trends away from the traditional 9-5 office job and becomes increasingly independent, the co-working model has risen up to meet its evolving needs.

The shared working space model allows businesses and individuals to utilize spaces as small as a single desk or lab bench, and as large as a suite of offices and conference rooms, on a flexible monthly, daily or even hourly basis for a claimed fraction of the cost they might otherwise incur to secure long term leased space directly from a property owner. The model fosters a community environment many freelancers were missing when working from home or on the road, and allows workers to utilize office space whenever needed and in multiple locations around the globe. Many members enjoy the networking and collaboration opportunities these close quarters with other businesses provide, and the largely open space plans allow for more socializing.  Some co-working providers offer social and networking events within their spaces to encourage a sense of community and because people in coworking spaces are looking for more than just a place to work.

In the past, office suite giant, Regus with 3,000 business centers in 120 countries, dominated the shared executive suite business with its office centers focusing on privacy and security and their idea of what a typical corporate office should look and feel like. What Regus originally offered for so long, however, didn’t fit the experience of what users are now looking for – the enhanced social experience, networking opportunities, local community support and learning related benefits. Early entries in the race to provide these alternative arrangements have quickly become household names, like WeWork, WorkBar, and locally, the Cambridge Innovation Center. More are joining the race every day.  WeWork lists office locations on its website in 19 different US cities (many with multiple locations within such city) and 15 international locations and they boast over 40,000 current members.  As of early 2016, WeWork had reportedly signed more than 70 direct office leases totaling more than 4.63 million square feet of space. 3.55 million square feet of that space reportedly secured since 2014, making WeWork, by some estimates, the largest tenant of newly leased office space in the United States over the last two years.  Additionally, a WeWork founder recently indicated he expects WeWork will expand to an astounding 1,000 locations in the years to come.

As cutting edge as this phenomenon sounds, these spaces have often been secured by the co-working providers in much more traditional ways through long term leases with property owners. The service providers then build out their spaces for shared use by their members, often including communal amenities such as lounges, kitchens, conference rooms and access to shared printers and copiers.  The fees derived from members allow service providers to cover the cost of leasing their spaces and providing amenities to members and they in-turn retain the profits. This model has proved extremely profitable over the last few years. The Wall Street Journal, for example, recently reported WeWork had achieved a $17 billion valuation.

As more commercial office building owners, shared work space providers and end users join the expanding world of shared work spaces, each should be mindful of some high level concerns raised by the new model.

While the co-working model presents an exciting new alternative for the modern workforce and its office space needs, how these arrangements will be treated by the courts should disputes arise remains largely untested and landlords, co-working providers and end-users would be well advised to consult an attorney early in the process to explore these and other potential areas of concern. 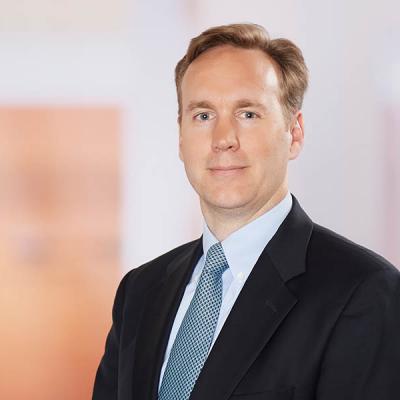 Geoffrey H. Smith is a Mintz Associate who focuses his practice on commercial real estate transactions, including acquisitions, dispositions, leasing, and financing. His clients include property owners, developers, retailers, and tenants involved in real estate developments.