As the NFL and other sports leagues contemplate how to resume operations in the face of the COVID-19 crisis, the availability of data has taken heightened importance as teams conduct activities such as free agency.  The Internet of Things (IoT) already has overtaken the sports world, where most professional teams, and many other athletes, rely on wearables and other wireless devices to track athletes’ movements, training, and game day performance. These provide for useful techniques to prevent injuries, improve athletic performance, and even select athletes for teams. Meanwhile, stadiums are using IoT to develop “smart stadiums” of the future, designed to enhance the fan experience, increase fan engagement, and also improve security.

Generally speaking, IoT is the connection of everyday things to the Internet, generally via sensors and other wireless technologies. The success of any IoT use case depends on the performance of the underlying technologies that provide the connectivity –cellular, Wi-Fi, Bluetooth, and many others that are less familiar yet provide for key wireless links. The burgeoning rollout of new 5G wireless technologies that is beginning to take place this year will multiply the number of IoT applications available to the sports industry, and will bring new, innovative uses that rely on augmented and virtual reality (AR and VR). In the coming years, more and more sports applications will use advanced forms of artificial intelligence (AI) to process the data that is collected. This new world will require regulatory modifications and will bring new legal challenges, some of which we highlight below:

General Compliance Matters: All Internet of Things systems have three common features: 1) hardware, such as devices, sensors and tags, which collect the data, and perhaps communicate with each other; 2) networks, whether fiber, licensed 4G/5G wireless networks, unlicensed technologies like Wi-Fi and Bluetooth, or even satellite; and 3) a means to process and use the information collected for decision-making and action. Each of these areas is subject to various federal rules, and sometimes state and local requirements. In some cases, the manufacturers or vendors are responsible for compliance with these rules. But it is important for any user to understand what is being deployed and in what manner, as well as who is responsible for which compliance matters. Moreover, there are differences in the control and performance of various technologies, and the potential that changing regulation may require replacement of systems. All this means that best practices include understanding these issues before technology is acquired and put into use.

Wireless Charging “Through the Air”: As IoT matures, the number of wearables, sensors, and other devices used to collect and send data will grow exponentially, to the extent that new methods will be required to keep all of these devices powered. There are a number of technologies being developed today that will allow for the charging of IoT devices “through the air,” at distances of a dozen feet or more. In the sports world, a trainer could simply set all wearables in a training room to be charged overnight, rather than plugging each into a separate charger. At stadiums, security and camera systems could be deployed without wiring. Wireless charging technologies will be necessary to enable deployment of IoT for all of the new planned use cases. The Federal Communications Commission presently is looking at how it can modify its rules to allow systems into the marketplace that can provide true wireless charging at a distance, and until that occurs full deployment of IoT cannot happen.

Artificial Intelligence: Whether analyzing the performance metrics of athletes or the activities of fans while at a stadium, AI will be used more and more to analyze and find new uses for data collected. AI is not yet regulated, but Congress has held hearings and considered legislation, raising the potential that at least some AI activity may be regulated in the future. A particular risk is that the use of AI may result in subjective decisions, where biased predictions or decisions can occur, whether intentionally or accidentally, because of problems with the data, the algorithms or both. While many concerns regarding bias in AI relate to credit or employment decisions, anyone who relies on AI should understand the potential for subjectivity.

Protection of Data: In the absence of full-scale data protection at the Federal level, start laws have been adopted in a number of states requiring various protections for different types of data. Anyone collecting data should be aware generally of what could be considered “personally indefinable” data (linked to an individual person) and what data protection requirements may apply in their situation.

Federal IoT policymaking in particular will be focused in the upcoming year on shoring up cybersecurity and privacy protections of the information collected by IoT devices. Any new requirements likely will be imposed on both IoT device manufacturers as well as those collecting and using the information from IoT devices. The sports industry will want to keep abreast of these issues to understand their business decisions related to IoT and to ensure that their business plans do not run afoul of any new laws and regulations. 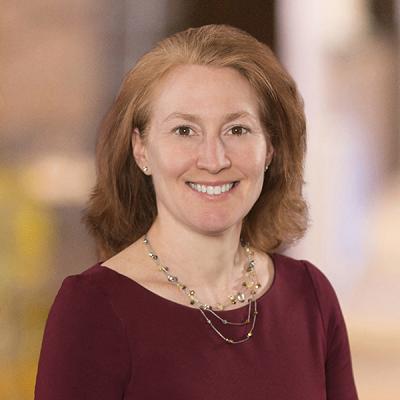