This decision is particularly important for private equity funds in Massachusetts, Maine, New Hampshire and Rhode Island. This case is now the governing law of the First Circuit (which covers these states). As explained below, in light of this case, funds may wish to determine whether they and their affiliates form an ERISA1 “controlled group” with a portfolio company and therefore may be liable for the company’s unfunded pension liabilities.

According to the court, merely making investments in portfolio companies for the principal purpose of making a profit is not enough to be a trade or business. You need something beyond that of a simple investment –what the court called “investment plus.” The court found that at least one of the Sun Funds satisfied the “plus” in the investment plus test. The court said the fund was a type of trade or business because it engaged in certain activities, like the management and operation of the Portfolio Company. The court focused on the following factors:

The trade or business determination alone is insufficient to form a controlled group. As noted above, an entity that is a trade or business may be subject to the pension liability of an affiliated entity only if it and the affiliate are under common control. The general rule is that an 80% controlling interest constitutes “common control” (in some cases, this can be less than 80%). The court did not decide whether the “common control” element was met here and remanded the case to a lower court to determine whether the Sun Funds were an ERISA controlled group with the Portfolio Company.

In addition, the court did not speak to whether the “brother-sister” controlled group rules could be used to find an unsuspecting entity jointly liable for pension or other tax obligations. A brother-sister group is formed when the same five or fewer individuals, estates or trusts hold 80% or more of separate entities and, to the extent the same five or fewer individuals have identical holdings in the separate entities, they jointly hold at least 50%. For example, if investors A, B and C each own 33% of companies X, Y and Z, X, Y and Z would form a brother-sister controlled group with joint and several liability under ERISA and certain provisions of the Internal Revenue Code. The brother-sister rules could spell trouble for investors where the same five or fewer individuals, estates or trusts invest in two or more companies or funds in similar or in the same percentages.

While the decision is not binding on courts in other circuits, it highlights the risk of controlled group liability that private equity funds face. If the case does not reach the Supreme Court, it can reasonably be expected that similar cases will be brought in other Circuits. The case also raises the specter that private equity funds may trip unwanted liabilities in other areas of employee benefit liabilities, such as liability for discriminatory practices in the administration of qualified benefit plans. Even if portfolio companies are not considered under “common control” of the fund, they may be considered part of an affiliated service group or a management control group. To minimize exposure to unfunded pension liabilities and other pitfalls in employee benefit plan administration, private equity funds may wish to consult counsel when considering an investment in a portfolio company that maintains or contributes to a multiemployer plan, defined benefit pensions or other qualified plans. 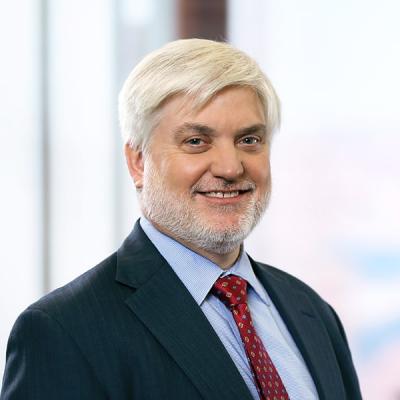