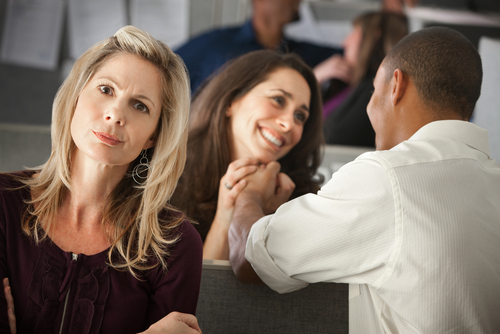 As one employee recently learned, a supervisor’s favoritism toward another employee because of a romantic relationship does not equate to unlawful discrimination. Additionally, a complaint of said favoritism cannot serve as the basis for an actionable retaliation claim.

In Clark v. Cache Valley Electric Company, Kenyon Brady Clark, a project manager, claimed that his supervisor discriminated against him by favoring another female project manager with respect to bonuses, job assignments, and other working conditions, because the supervisor had been, or was, romantically involved with the other project manager.

To prove gender discrimination claim, Clark needed to demonstrate that that his supervisor had treated women more favorably than men. Clark, however, only offered evidence that his supervisor had extended preferential treatment to a single female employee, i.e., his paramour, because of alleged relationship, and not because of her gender, and consequently, the 10th Circuit Court of Appeals affirmed the federal district court’s grant of summary judgment to Cache Valley on Clark’s gender discrimination claim.

Clark’s retaliation claim did not fare any better, as the court held that Clark failed to show that he had a reasonable, good faith belief that Cache Valley had retaliated against him for opposing an unlawful employment practice under Title VII – that is, it is not reasonable to believe that you are complaining about gender discrimination when you are complaining about favoritism without more.

While this case is favorable to employers, they should still be aware that liability may result when the supervisor’s relationship with the paramour sours, particularly where the subordinate accuses the supervisor of engaging in harassment or discrimination prohibited by Title VII. We wrote about this related issue awhile back, but it’s certainly with revisiting periodically.