In a recent opinion, Williams v. Kincaid (4th Cir. Aug. 16, 2022), the 4th Circuit Court of Appeals held that gender dysphoria is a covered disability under the Americans with Disabilities Act (ADA). We summarize the opinion and discuss its impact below.

The plaintiff is a transgender woman who spent six months incarcerated in the men’s section of the Fairfax County Adult Detention Center.  Although plaintiff was initially assigned to women’s housing, prison deputies moved her to men’s housing when they discovered she was transgender.  While in detention, she experienced harassment and misgendering by prison deputies, and delays in medical treatment for her gender dysphoria.  Gender dysphoria is discomfort or distress that is caused by a discrepancy between a person’s gender identity and that person’s sex assigned at birth.  Those suffering from gender dysphoria often benefit from medical treatment, including hormone therapy, and plaintiff had received such treatment in the form of daily medication and biweekly injections for fifteen years prior to her incarceration.

Following her release, plaintiff sued the Sheriff of Fairfax county and other prison employees asserting various claims, including violations of the ADA.  The district court dismissed plaintiff’s claims on the grounds that gender dysphoria is not a protected disability under the ADA, but the plaintiff appealed.

Although the ADA defines “disability” broadly, it explicitly excludes, among other things, “transsexualism . . . [and] gender identity disorders not resulting from physical impairments.”  The Sheriff argued, and the district court agreed, that this exclusion applied to the plaintiff’s gender dysphoria prohibiting her ADA claim.  The 4th Circuit came to the opposite conclusion by differentiating gender dysphoria and gender identity disorders, and by finding that regardless, gender dysphoria may result from a physical impairment.

Why is this Opinion Important?

Williams v. Kincaid is a seminal ruling for transgender rights – expanding protections for transgender employees under the ADA, and comes on the heels of the Supreme Court’s opinion extending protections for such individuals under Title VII in Bostock v. Clayton County, Georgia.  It also has significant implications for employers operating within the 4th Circuit jurisdiction, namely:  Maryland, North Carolina, South Carolina, Virginia, and West Virginia.  While this opinion may be appealed to the Supreme Court, employers in those states should remain proactive and engage in the interactive process with employees experiencing gender dysphoria in order to ensure ADA compliance.  Further, employers outside of the 4th Circuit’s jurisdiction should also be mindful of their obligations if there are comparable state or local anti-discrimination laws that explicitly protect employees experiencing gender dysphoria (such as New York). 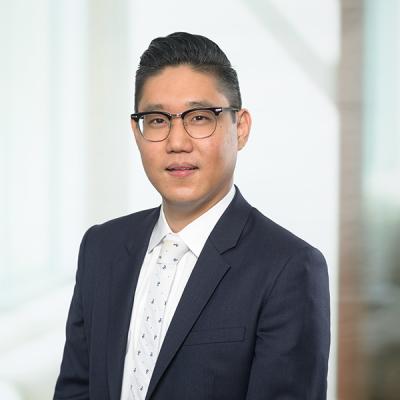 Kevin Kim is an attorney at Mintz who litigates employment disputes before state and federal courts and administrative agencies and counsels clients on compliance with employment laws.
He handles cases involving wage and hour, trade secret misappropriation, and discrimination claims and represents clients in government investigations.