The Federal Circuit has affirmed a district court’s awarding of attorneys’ fees to Alps South (Alps) based on inequitable conduct by Ohio Willow Wood (OWW) during reexamination of its patent for gel-coated, cushioned socks that fit over an amputated limb (U.S. Patent No. 5,830,237). Ohio Willow Wood Co. v. Alps South, LLC, Nos. 2015-1132, -1133 (slip op.) (Fed. Cir. Feb. 19, 2016) (here).  While such affirmances have become infrequent since the Federal Circuit’s 2011 Therasense decision requiring proof of materiality and intentional misconduct, the Court found that OWW’s conduct during reexamination satisfied this heightened evidentiary standard.

The Federal Circuit’s decision marks the culmination of infringement litigation brought in 2004 by prosthesis accessories manufacturer, OWW, against competitor Alps South and related ex parte reexaminations filed by Alps in 2006 and 2008. The reexaminations involved prior art advertisements for Silipos’ Silosheath product for prosthesis cushioning devices, including the Single Socket Gel Liner (SSGL). OWW succeeded in the 2006 reexamination (1) by amending the claims to recite that the gel coating was located only on the inner (skin) side of the sock and (2) by showing that gel on the inner side of the Silosheath would bleed through to the outer (prosthesis) side. In the 2008 reexamination, OWW argued that the expert presented by Alps regarding the SSGL product was a highly interested witness whose testimony was uncorroborated. The expert, a Silipos employee who developed the SSGL product, testified that the SSGL product does not have gel bleed-through because it uses a thicker and denser fabric than the Silosheath. The USPTO accepted OWW’s argument and discounted the expert’s testimony.

Following reexamination, the district court granted OWW summary judgement as to Alps’ inequitable conduct claim, finding no triable issue of fact as to OWW’s conduct during the reexaminations. The Federal Circuit concluded on appeal in 2013 that the case did present genuine issues of material fact on inequitable conduct and remanded. (here).  Following a three-day bench trial, the district court issued a lengthy opinion finding inequitable conduct by OWW during the 2008 reexamination arising from the actions of its Director of Research and Development, who was deeply involved in the litigation and reexaminations.  The district court found the Director was aware of OWW’s arguments that the expert testimony was uncorroborated, had knowledge of evidence (letters sent to OWW by Silipos describing the Silosheath as having a polymeric gel only on the inner side) that in fact corroborated the testimony, and failed to disclose that evidence to reexamination counsel or the USPTO.

In an opinion issued last Friday, the Federal Circuit affirmed the district court. In doing so, Judge Bryson reiterated that materiality requires a showing that the USPTO would not have allowed a claim had the patentee disclosed the withheld evidence or information.  The Court held here that withholding the Silipos letters was the “but-for” cause for allowance of the 2008 reexamined claims because the USPTO identified the lack of corroborating evidence for the expert testimony as the dispositive issue.

The panel next acknowledged that, although direct evidence of specific intent is often rare, such intent may be demonstrated through indirect and circumstantial evidence provided deceptive intent is the single most reasonable inference drawn from the evidence. The Federal Circuit agreed with the district court’s analysis that the OWW Director knew that the letters corroborated the expert testimony in the 2008 reexamination, knew that he had a duty of candor separate from his attorney’s duty, had an opportunity to correct reexamination counsel’s representation regarding lack of corroborating evidence, and failed to correct the misrepresentation. The Federal Circuit found no clear error with the district court’s determination of deceptive intent as the most reasonable inference from the R&D Director’s conduct.

Alps also argued that the R&D Director committed inequitable conduct in the 2008 reexamination by failing to disclose three declarations attached to Alps’ motion for summary judgment that identified the SSGL product as having no bleed-through and no gel on the exterior of the liner. The district court ruled in favor of Alps, but the Federal Circuit reversed, finding insufficient evidence to show that the R&D Director was aware of the declarations.

This decision highlights both the difficult evidentiary burden to meet for inequitable conduct after Therasense and the reward of enhanced damages that continues to make these claims worthwhile.  While Alps succeeded on but one of its multiple assertions of inequitable conduct, that one success permitted it to recover attorneys’ fees. 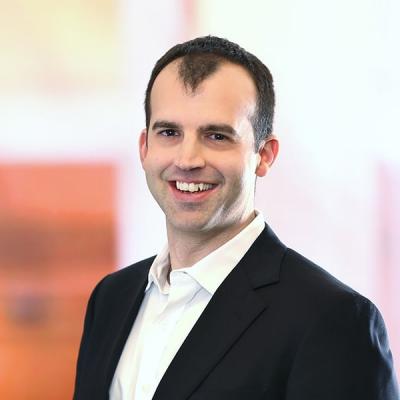 John B. Forrest is a Mintz attorney who focuses on patent prosecution for clients in industries such as biotechnology, medical technology, and agriculture. John provides strategic counsel on clients' patent assets, and drafts and prosecutes new patent applications.