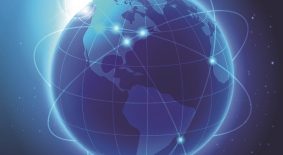 On March 31, 2016, in a blow to the software and entertainment industries, the Federal Circuit denied the International Trade Commission’s (“ITC”) request for a rehearing en banc of the Federal Circuit’s November 10, 2015 decision in ClearCorrect Operating, LLC v. ITC, in which the Federal Circuit found that the ITC’s jurisdiction was limited to “material things” and did not include the ability to bar digital imports.  No. 2014-1527, Slip Op. at 3 (Fed. Cir. Nov. 10, 2015).

The case was appealed to the Federal Circuit, and (as we previously discussed here) the panel overturned the Commission’s decision that it had jurisdiction to exclude digital transmissions and items imported digitally. The ITC then petitioned for an en banc rehearing of the case.

Though denials of rehearings are generally issued without opinion, the denial of rehearing for ClearCorrect was issued with not one but two written opinions— a dissent by Judge Newman and a concurrence by the panel majority responding to the dissent.  The dissenting opinion first explains that Section 337 does not distinguish between infringing goods imported electronically and infringing goods imported on a physical medium and noted that  the a Senate Report issued prior to Section 337’s enactment in 1922 states that “[t]he carrier by which the infringing imports arrive in the United States is irrelevant.” The dissent also argues that Section 337 should be adapted to its legislative purpose, as the Supreme Court has counseled with respect to other statues in the context of advances in technology, such as copyright law.  Thus, according to the dissent, the patent laws are not limited to the technologies that existed when the Patent Act of 1952 was enacted.

The dissent also explains that the ruling of the ITC comports with a number of other statutes and determinations of other courts and administrative agencies.  Those statutes and determinations include the Bureau of Customs and Border Protection, which has found that “the transmission of software modules and products to the United States from a foreign country via the Internet is an importation of merchandise into the customs territory of the United States.”  They also include the Department of Labor, which has found that “[s]oftware and similar intangible goods that would have been considered articles, for the purposes of the Trade Act, if embodied in a physical medium will now be considered to be articles regardless of their method of transfer,” among others.

In Section 337(a) the only words modifying “article” are “importation” (“importation of articles”), “sale” (“sale of such articles”) and “infringe” (“articles that—infringe”). None of these words mandates a gross materiality that would eliminate digital goods. In Section 337 the word “articles” is unlimited in any manner that might suggest a narrower meaning, on the customary canons of ejusdem generis or noscitur a sociis. We can find no suggestion in the text or context that Congress intended the word “article” to limit Section 337 to goods or technology that existed in 1930.

The dissent also argues that because digital importation may be remedied by the Commission’s cease-and-desist authority for purposes of Section 337 the mode of importation or whether the article passes through a Customs port of entry does not matter.  If there were doubt about the correct interpretation of Section 337, according to the dissent, the Commission’s reasonable interpretation requires deference.

Judges Prost, O’Malley, and Wallach issued a short concurring opinion supporting the denial of rehearing en banc, responding to Judge Newman’s dissent. The concurring opinion addresses “certain points newly raised in the dissent, none of which support its incorrect interpretation of the statute.” The concurring opinion first criticizes the dissent’s reference to other legislative enactments, arguing that “these wholly separate statutory regimes have no bearing on Congressional intent regarding Section 337.” The concurrence further argues accepting the relevance of other statutory schemes actually demonstrate the opposite of the dissent’s point because “when Congress wanted to bridge the gap between the non-digital world and the digital world, it did so affirmatively,” unlike with Section 337. The concurrence also criticizes the dissent’s focus on infringement, explaining that “[t]he fact that something might infringe a U.S. patent is separate from the question of whether it is an article,” and also, regarding the survey of definitions for “article,” that “none of the dissent’s definitions are inconsistent with defining “article” as a “material thing.”

The denial of rehearing en banc has broad implications for the ebook, film, entertainment, and software industries, because it affirms a reversal of a Commission Opinion that, if it had not been reversed, would have provided these industries with a powerful tool to fight piracy and knockoffs. It remains to be seen whether the parties will Petition for a Writ of Certiorari for review by the United States Supreme Court.