On March 14, 2017, the United States Court of Appeals for the Federal Circuit clarified, in a precedential opinion, that an anticipating reference must supply all of the claim elements, regardless of what a person of skill in the art might envision when reading the reference.  In Nidec Motor Corporation v. Zhongshan Broad Ocean Motor Co. Ltd., et al., the Federal Circuit explicitly rejected the notion that a patent claim may be anticipated by a prior art reference lacking a claim element when a skilled artisan reading the reference would “at once envisage” that missing element.  Reversing the Patent Trial and Appeal Board (“PTAB”), the Federal Circuit panel held that Nidec’s patent was not anticipated.

Appellant Nidec Motor Corporation (“Nidec”) brought suit and asserted U.S. Patent No. 7,208,895 (the “’895 patent”) against Zhongshan Broad Ocean Motor Co. Ltd. (“Zhongshan”) in the U.S. District Court for the Eastern District of Missouri. The ’895 patent generally covers a system designed to control the torque of an electromagnetic motor.  Zhongshan challenged claims 9 and 21 of the ’895 patent in an inter partes review (IPR) proceeding and the PTAB panel held those claims invalid as anticipated by U.S. Patent No. 5,569,995 (“Kusaka”) assigned to Toyota.  In that decision, the PTAB decided that while Kusaka did not expressly disclose a limitation directed to the “IQdr demand signal” recited in challenged claim 21, the reference still anticipated the ’895 patent claim because a skilled artisan reading the reference would “at once envisage” that missing limitation.

The PTAB noted that as described in the ’895 patent, motor control values can be expressed relative to two different frames of reference: stationary and rotating.  Both parties had taken the position during the IPR proceeding that the “IQdr demand signal” must be in the rotating frame of reference before being converted to the stationary frame of reference.  To meet the “IQdr” limitation, the PTAB identified reference demand signals in Kusaka expressed in the stationary, but not the rotating, frame of reference.  Applying the Federal Circuit’s decision in Kennametal, Inc. v. Ingersoll Cutting Tool Co., 780 F.3d 1376, 1381 (Fed. Cir. 2015), the PTAB had concluded that the disclosure of Kusaka could still meet all of the elements since a skilled artisan would “at once envisage” the missing “IQdr demand signal” limitation.

On appeal, the Federal Circuit panel reversed holding that the PTAB’s finding was not supported by substantial evidence.  The panel held that the PTAB had misapplied Kennametal, a decision which did not “permit the Board to fill in missing limitations simply because a skilled artisan would immediately envision them.”  To the contrary, the Federal Circuit noted that Kennametal involved a challenged claim requiring a ruthenium binding agent and a PVD coating to be used together.  The prior art reference in Kennametal disclosed five binding agents and three coating techniques (one of which was PVD).  While that reference did not specifically disclose the claimed combination of ruthenium and PVD, it did teach that any of the five binding agents could be used with any of the three coating techniques to support a holding of anticipation.  Unlike in Kennametal, the Federal Circuit found there to be no disclosure of the missing ’895 patent limitation anywhere in the reference relied upon by the PTAB.

The decision reaffirms the legal requirement that each and every limitation must be found either expressly or inherently in an anticipating prior art reference.  The panel also made clear that its prior Kennametal decision does not provide an avenue to fill in missing limitations by relying on what would be “at once envisioned” by a skilled artisan upon reading the reference. 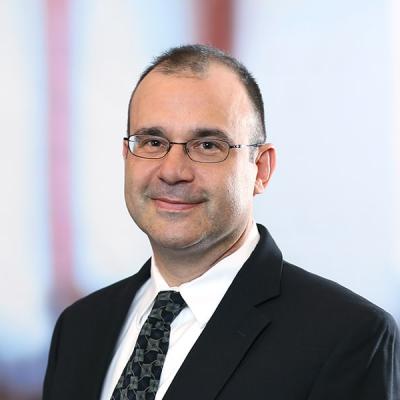