In the time since the Federal Circuit issued its Vanda Pharma decision in April, Vanda Pharm. Inc. v West-Ward Pharm. Intl. Ltd. 887 F.3d 1117 (Fed. Cir. 2018), we have had more good news for the patent eligibility of claims relating to diagnostic or similar tests utilized in treating patients. If you’re not familiar with the Vanda Pharma decision, and want more detail, see my April post on the firm’s Global IP Matters blog HERE.

Briefly, in Vanda Pharma the claims related to a method of treating schizophrenia patients with a drug (iloperidone) in which the steps of the method included genotyping the patient and adjusting the dose of the drug based upon the patient’s genotype. Two judges of the three-judge panel in Vanda Pharma found these claims patent eligible under the first step of the Mayo/Alice inquiry, which asks whether the claims as a whole “are directed to” excluded subject matter. Importantly, where the answer to this question is “no,” the inquiry ends and the claims are deemed eligible. There is no need to proceed to the second step, which asks whether the elements of the claims “in addition to” the alleged judicial exceptions (e.g., laws of nature, natural products, abstract ideas) amount to “significantly more” than an attempt to claim the exceptions themselves.

In finding that these claims were, as a whole, not directed to excluded subject matter, the majority characterized the claims as “a new way of using an existing drug that is safer.” The evidence below showed that performing the claimed method reduces the risk of a serious side effect of the drug, referred to as QTc prolongation, by identifying patients at increased risk based on genotype and adjusting the amount of the drug administered to them, thereby reducing the risk.

Importantly, the majority in Vanda Pharma referenced the well-known dicta in Mayo distinguishing the ineligible claims in that case as “[u]nlike, say, a typical patent on a new drug or a new way of using an existing drug” which “confine their reach to particular applications of those laws.” But as positive as the Vanda Pharma decision was, it came with a caveat. It was the majority decision of a three-judge panel in which the dissenting judge, Chief Judge Prost, would have found “the asserted patent claims to be directed to a law of nature.” Moreover, Judge Prost found “no inventive concept in the claims once the natural law at issue is properly understood in view of Mayo,” and in that view the natural law was “the fact that a reduction of iloperidone dosage in poor metabolizers to the [sic] may reduce QTc prolongation.” From there she also found that “[t]he recitation of specific dosages adds no more than a conventional application of that natural law,” despite her acknowledgement of the evidence below regarding the unpredictability in the art as to whether any dose adjustment was actually needed for poor metabolizers, and if so what that dose would be to achieve “normal” pharmacokinetic profile. Judge Prost’s view was that the difference in specific administering steps between the asserted claims in Vanda Pharma and those in Mayo was “of no moment.” So we were left with the chilling prospect that Prost’s view could still one day become a majority view on the Federal Circuit, absent some action by the US Supreme Court which although hoped for does not seem forthcoming anytime soon.

That hasn’t changed. But in the meantime, the US Patent and Trademark Office (USPTO) has embraced the majority opinion in Vanda Pharma in the form of a memo to the patent examining corps expressly stating that “method of treatment claims that practically apply natural relationships should be considered patent eligible” under the first step of the Mayo inquiry (technically Step 2A). This is even better than the unofficial patent office policy which focused the analysis on the second part of the Mayo inquiry and asked whether the combination of steps not “directed to” judicial exceptions (i.e., the wet lab steps) was routine and conventional in the prior art, and importantly, required examiners to substantiate a finding of “routine and conventional” with evidence, such as prior art publications.

That approach provided some clearer basis for challenging the rejection but the rubric seems to have been unevenly applied within the examining corps, and convincing a particular examiner of even the need to substantiate the rejection with evidence, much less how that evidence should be applied, sometimes required the intervention of a subject matter specialist. All of which increases the time and transaction costs of prosecution. Fortunately, at least the requirement that examiners substantiate a finding of “routine and conventional” with evidence was recently formalized in another memo following the Federal Circuit’s decision in Berkheimer v. HP Inc. 881 F.3d 1360 (Fed. Cir. 2018). In Berkheimer, the court held that the question of whether the elements of a claim “in addition to” those reciting judicial exceptions represent “well-understood, routine, conventional activity” raises a disputed issue of fact. The Berkheimer memo expressly provides that a conclusion of “routine and conventional” can only be reached where the elements are “widely prevalent or in common use in the relevant industry.” The memo goes on to provide explicit guidance regarding the kind of factual evidence that must be found to support this conclusion.

The Vanda Pharma memo goes even further than the Berkheimer memo toward easing the path to patent eligibility by acknowledging that methods of treating are eligible under the first step of the Mayo inquiry. This means that time and related costs addressing eligibility rejections should go way down for these types of claims because an examiner can now find them eligible on their face, without the need to address whether or not there are steps “in addition to” those reciting judicial exceptions that represent “well-understood, routine, conventional activity.” This streamlined approach should lead to the withdrawal of many standing rejections and is likely to reduce the incidents of new rejections of claims linking diagnostic or similar methods with treating patients.

It bears mentioning that these positive developments reflect the remarks given by Director Andrei Iancu to the US Chamber of Commerce’s Patent Policy Conference back in early April. Director Iancu promised that the USPTO would do “everything we can” within its mandate to increase the clarity and predictability of the eligibility requirements, noting that they are “actively looking for ways to simplify the eligibility determination for our examiners through forward-looking guidance” and further promising that “[t]hrough our administration of the patent laws . . . the USPTO can lead, not just react to, every new case the courts issue.” Those remarks were made on April 11, 2018, and already we have seen two very helpful memos in the form of the Berkheimer memo (April 19th) and the Vanda Pharma memo (June 7th). Pending some further action by the Federal Circuit to cloud the presently clearing skies, the future is indeed looking very bright. 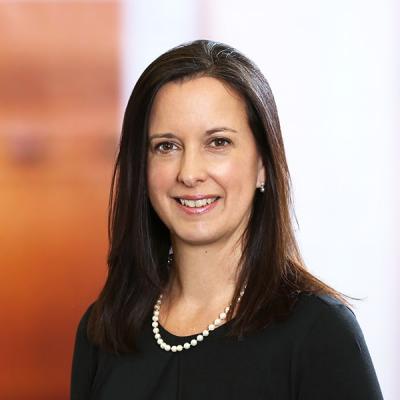