Last week the Patent Trial and Appeal Board (“PTAB”) designated as precedential a decision from 2014, which found that counsel can confer with a deponent at the conclusion of cross examination and prior to redirect.  Through its designation of Focal Therapeutics, Inc. v. Senorx, Inc., IPR2014-00116, Paper 19 (P.T.A.B. July 21, 2014) as precedential, the PTAB has made clear that although counsel may not confer with a witness during the cross-examination portion of a deposition, counsel may confer with a witness after cross-examination has concluded but before the redirect portion of the deposition commences.  Thus, the PTAB expressly permits counsel to confer and discuss testimony with the witness that counsel intends to elicit from the witness on redirect.  This quirk of PTAB practice, where depositions are substitutes for in-court testimony, has implications on litigants’ PTAB strategy.

This issue was presented to the PTAB when Patent Owner, Senorx, Inc., sought guidance regarding the PTAB’s Testimony Guidelines (Appendix D of the August 12, 2012 Office Patent Trial Practice Guide) in connection with a dispute that occurred during the deposition of Petitioner, Focal Therapeutics, Inc.’s, expert.

The clarification sought was centered on the following language provided in the Testimony Guidelines:

In this case, after Patent Owner concluded the cross-examination of Petitioner’s expert, Petitioner initiated a private conference with the witness to discuss his redirect testimony.  Patent Owner subsequently sought guidance from the PTAB to determine whether this private conference was permissible under the Testimony Guidelines, asking whether the guidelines “apply only to the initial cross-examination of the witness, or apply to the entire deposition, which can of course include redirect as well as subsequent re-cross of the witness.”  Slip Op., at 2.

The PTAB further noted that the parties always have the option to confer before a deposition occurs, and agree among themselves, for example, that counsel may not confer with a witness until the conclusion of the entire deposition.

Deposition practice at the PTAB is different than deposition practice in Federal Courts and the ITC, with different rules that require different strategic decisions.  It is important for attorneys wading through the PTAB to be aware of the differences and plan accordingly.  The decision in Focal Therapeutics, now a precedential ruling, cements for counsel the ability to confer with a witness prior to redirect examination, which can be helpful in eliciting testimony critical to your case. 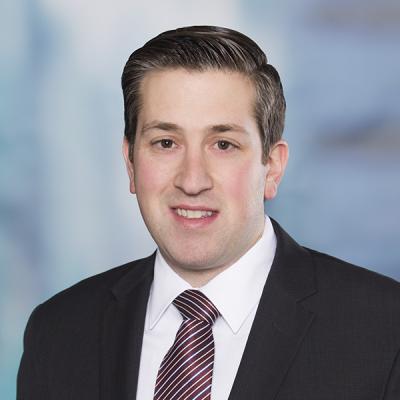