Last week, the Federal Circuit, in a precedential decision, reinforced that an accused infringer can be a “prevailing party” for the purposes of seeking attorneys’ fees under 35 U.S.C. § 285 when it successfully invalidates the asserted patent at the Patent Trial and Appeal Board (“PTAB”).  This is true even when the underlying case is dismissed as moot.  This ruling from Dragon Intellectual Property, LLC v. Dish Network LLC et al., No. 2019-1283 stands in contrast to the Court’s recent precedential decision in O.F. Mossberg & Sons, Inc. v. Timney Triggers, LLC, 2020 U.S. App. LEXIS 11516 (Fed. Cir. Apr. 13, 2020) (“O.F. Mossberg”), which we previously discussed, where the Court ruled that a party defending claims of patent infringement was not a “prevailing party” because the case was voluntarily dismissed by the patent owner before the district court issued a final judicial decision.  Both dealt with situations where the underlying patent was invalidated in a parallel proceeding in front of the PTAB.

In Dragon Intellectual Property, plaintiff Dragon Intellectual Property, LLC (“Dragon”) sued Dish Network LLC (“Dish”) and nine other entities for infringement of U.S. Patent No. 5,930,444, directed to recording audio and video signals. Dish then filed a petition for inter partes review (“IPR”).  While the PTAB was deciding the validity of the ‘444 patent, the district court stayed the case against Dish and Sirius XM Radio Inc. (“SXM”) (who had joined Dish’s petition), but proceeded to claim construction for the other eight defendants. Following the claim construction order, the parties stipulated to non-infringement and the district court entered judgment of non-infringement in favor of the defendants.  Shortly thereafter, the PTAB cancelled all the asserted claims of the ’444 patent.  Dragon appealed both the PTAB cancellation and the district court’s judgment of non-infringement, which the Federal Circuit affirmed and dismissed as moot, respectively.  Following the appeals, Dragon had the judgment of non-infringement vacated as moot by the district court, and Dish moved for attorney’s fees under 35 U.S.C. § 285 and 28 U.S.C. § 1927.  The district court denied Dish’s motion for attorney’s fees, holding that Dish was not a “prevailing party” because Dish was “not granted actual relief on the merits.”

On appeal, the Federal Circuit vacated and remanded the district court’s order denying Dish attorneys’ fees, holding that receiving “actual relief on the merits” is not required to be a “prevailing party.”  Rather, the relevant question is whether the accused infringer “successfully rebuffed [the patent owner’s] attempt to alter the parties’ legal relationship in an infringement suit.”  The Court was further persuaded by the fact that Dish had successfully obtained a judgment of non-infringement from the district court, which “further supports holding that they are prevailing parties.”

This case is distinguishable from O.F. Mossberg, where the Federal Circuit reached the opposite conclusion in a case that was voluntarily dismissed without prejudice by the patent owner prior to the defendant filing an answer.  In O.F. Mossberg, the Federal Circuit held that the accused infringer was not a “prevailing party” under Section 285 because the district court never entered a final judicial decision (a necessary predicate for finding a prevailing party).  This is because in O.F. Mossberg the district court case was stayed pending PTAB review prior to an answer being filed, thus the patent owner could, and did, voluntarily dismiss the case under Fed. R. Civ. P. 41(a)(1)(A)(i) without the district court rendering a final judicial decision.  In contrast, in Dragon Intellectual Property, the district court did enter a judgment of non-infringement, before ultimately vacating that order and dismissing the complaint as moot due to the decision in the parallel IPR.  Dragon Intellectual Property, therefore, demonstrates that a patent owner facing an adverse outcome at the PTAB should consider voluntarily dismissing a lawsuit, if possible, as opposed to stipulating to a dismissal, as an avenue to prevent a final judicial decision and thus to avoid paying attorneys’ fees. 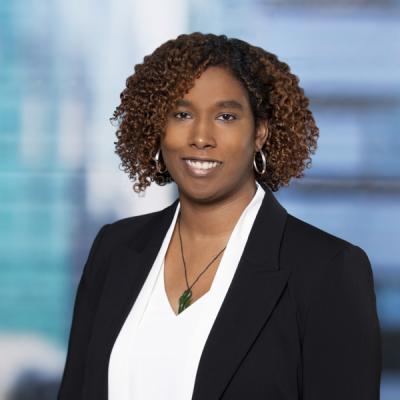