The U.S. International Trade Commission is the country's primary arbiter of intellectual property disputes in international trade. The agency, armed with powerful remedial orders under Section 337 of the Tariff Act that can stop infringing imports, is uniquely situated to support U.S. competitiveness in international trade by enforcing standard-essential patents at the border.

This enforcement is critical to encouraging U.S. industry participation in global standard-setting bodies, such as the European Telecommunications Standards Institute. Continued U.S. leadership in international standard-setting organizations, or SSOs, is a critical U.S. economic interest because it directly affects the competitiveness of U.S. industries in international trade.

Recent systemic shocks to the global trade system, both from supply chain problems in China and elsewhere related to COVID-19, and the effects of Russia's war on Ukraine, have only amplified the importance of overcoming technical barriers to trade. The government of China has explicitly stated "that international technical standards offer a means with which to cement … power and influence."[1]

Uniquely among U.S. international trade agencies, the ITC is in a position to create strong incentives for U.S. industry to continue to lead global standard setting. Unlike its foreign competitors, the U.S. does not provide direct financial support to U.S. companies' participation in global SSOs.

Participation in global SSOs is time-consuming and expensive. Instead of direct funding, the U.S. relies on self-interest and intellectual property protection to incentivize SSO participation. The hands-off U.S. approach to SSO participation makes cross-border enforcement of IP rights by U.S. courts — and the ITC in particular — an important driver of the incentives necessary to sustain U.S. leadership in global standard setting.

The ITC is also a direct stakeholder in the U.S. standard-setting system. The ITC is a key part of the Interagency Committee on Standards Policy,  which reports to the National Institute of Standards and Technology.[3] The Interagency Committee on Standards Policy "brings together officials from each of the relevant federal agencies to foster standardization activities — such as standards development, product testing, quality system registration, certification, and accreditation."[4]

The Interagency Committee on Standards Policy "seeks to promote effective and consistent standards policies plus foster cooperation between government, industry, and other private organizations involved in standards activities."[5] The benefits of standardization to U.S. industries extends to the overall economy. [6]

Leadership in the development of international technology standards helps to sustain U.S. technological leadership. This ultimately encourages U.S. companies to design, develop, export and license products and technologies that incorporate these technologies.

The contribution to the U.S. economy of U.S. participation in standard setting is clear. For example, according to a recent Recon Analytics study, adoption of the U.S.-led LTE/4G standard has had a significant positive effect on the U.S. economy, "[s]upporting 20 million jobs, driving nearly $700 billion in economic contribution and saving consumers billions annually."[8]

The report found that as a result of the 4G adoption, "[i]ncluding the on-demand economy, every 10 MHz of low-band spectrum auctioned to the wireless industry created more than 524,000 new jobs (158,000 for the core industry alone)."[9] It concludes that the contribution of economic growth of the United States economy "reflects the monumental impact of America's 4G leadership and the American-designed mobile devices, mobile advertising, apps and content created."[10]

Key U.S. competitors — particularly China — are engaged in a deliberate and systematic effort to dominate global standard setting with the goal of dethroning U.S. industrial leadership in key sectors. In contrast, some other nation's governments, notably China's, seek to influence international technology standards.

According to a recent China Business Review report:

Chinese-led technical committees or subcommittees in the International Organization for Standardization (ISO), one of the largest international standards-setting organizations (SSOs), increased 75 percent from 2011 to 2019.[11]

The report also finds that:

[w]hile companies from all countries participate in standards-setting to gain a competitive advantage, the level of government involvement and policy support in China is unique, especially when juxtaposed with countries like the United States where standardization activities are grassroots-driven and industry-led.[12]

Finally, the report finds that:

[i]n addition to participating in SSOs, China has policies aimed at promoting Chinese standards abroad through overseas construction contracts and equipment exports to help Chinese products and services "go global," especially to developing countries that often lack the resources to develop their own standards.[13]

The U.S. government has for decades seen U.S. participation in global standard setting as a vital national interest. There are thousands of SSOs and over 500 technology SSOs in the world.[14] These organizations and the technology standards they develop and disseminate are critical for invention, innovation, business transactions and international trade.

Under the 1996 National Technology Transfer and Advancement Act "all of the federal agencies are encouraged to participate in SSO standard setting activities, and are required whenever possible to buy products that are based on SSO standards, in preference to 'government unique' standards."[15]

Standards have become critical sources of competitive advantage for business in international trade.[16] With reductions in traditional trade barriers such as quotas and tariffs, the relative importance of technological barriers to trade have increased.[17]

The World Trade Organization established the Agreement on Technical Barriers to Trade in the Uruguay Round of Multilateral Trade Negotiations.[18] The agreement recognizes "the important contribution that international standards and conformity assessment systems can make in this regard by improving efficiency of production and facilitating the conduct of international trade."[19]

The agreement also expresses the desire "to encourage the development of such international standards and conformity assessment systems."[20] In addition, the Agreement on Technical Barriers to Trade makes clear the importance of standards in international trade.

Referring to member countries, the agreement states that:

The Agreement on Technical Barriers to Trade also emphasizes that:

[m]embers shall ensure that technical regulations are not prepared, adopted or applied with a view to or with the effect of creating unnecessary obstacles to international trade. For this purpose, technical regulations shall not be more trade-restrictive than necessary to fulfil a legitimate objective, taking account of the risks non-fulfilment would create.[22]

The ITC therefore has an obligation, consistent with its prominent role as a leading U.S. international trade agency, as reflected in its role in the Interagency Committee on Standards Policy, to enforce standard-essential patents at the border under Section 337 of the Tariff Act. ITC enforcement of standard-essential patents creates critical incentives for U.S. industry to participate in global standard setting.

That participation is vital if U.S. industry is to continue to lead in key global industrial sectors. ITC enforcement of intellectual property rights for standard-essential patents at the U.S. border is a vital element of combating Chinese efforts to undermine the open and transparent and global standard setting system and thereby undermine and displace U.S. and western technological leadership.

ITC enforcement of SEP patents at the U.S. borders is perhaps the most important thing the commission can do to support U.S. global standards setting policy. It is vital that the U.S. create clear incentives for U.S. industry to continue to participate and lead global standard setting.

The ITC can help support U.S. industry by taking a clear position in favor of the enforcement of standard-essential patents, removing the ambiguity on this point that has characterized its Section 337 jurisprudence to date. [23]

Standards play a central role in international trade because technology standards cross international borders in a way that patents do not. SSOs, by fostering the adoption of patented technologies, are the critical link between standards, standard-essential patents, and the U.S. patent system that enables domestic companies to enforce their intellectual property rights in international trade. 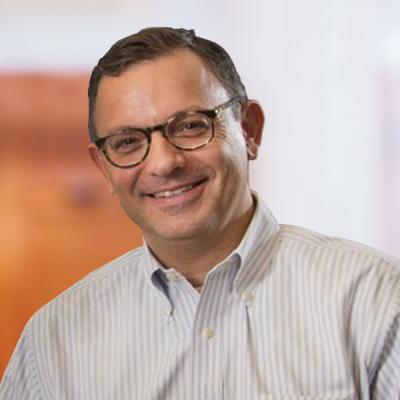