In an exchange which has now gone viral, freshman U.S. Representative Katie Porter (D-Calif.) questioned former Celgene CEO Mark Alles about his 2017 compensation structure last week. Rep. Porter, who is now famous for employing the use of a dry-erase whiteboard during witness questioning, serves on the House Committee on Oversight and Reform. Last week’s hearing was titled “Unsustainable Drug Prices: Testimony from CEOs,” and featured testimony from six pharmaceutical executives over two days.

During her questioning, Rep. Porter tied the price of Celgene’s cancer drug Revlimid, which had increased by more than $500 in the past 15 years, to Alles’ 2017 bonus of $2.1 million. Using her signature whiteboard method, Rep. Porter charted the increase in Revlimid’s price since 2005 against Alles’ compensation package. The media’s takeaway was the suggestion of a direct relationship between price increases and the CEO’s pay. The episode was a particularly stark example of the congressional bully pulpit in action.

Since Democrats took control of the House in January 2019, drug pricing has been front and center. It was the subject of the Oversight Committee’s first hearing in this Congress. The House’s bill aimed at controlling drug prices passed eleven months later, in December of 2019, and bore the name of the late Oversight Committee Chairman, Elijah Cummings, who had passed away in October. Given the Democrats’ emphasis on the issue and the political value of beating up on pharmaceutical manufacturers, it is no surprise hearings like last week’s would be convened and grab headlines well into the election season.

Looking ahead to the next Congress, we can expect more oversight from the House, control of which the Democrats will almost certainly retain. Should Joe Biden win the White House, we could see congressional oversight taking cues from the administration. With significantly less time being spent on investigating federal agencies, which has occupied Democrats’ attention over the past two years, House Committees will dedicate more resources to private industry.

The Biden platform emphasizes racial and LGBTQ+ equity, climate change, collective bargaining, and bankruptcy reform, among other issues. House Democrats on the Committees on Oversight, Energy & Commerce, Judiciary, Natural Resources, and others are likely to use their platform to advance the White House agenda through congressional inquiry. Additionally, we can expect the House to conduct extensive oversight of the federal government’s response to the coronavirus pandemic, including private corporations which benefitted from government contracts or financial support. Multiple Committees will assert jurisdiction in the oversight of COVID-19 relief, including Financial Services, Small Business, and Armed Services.

Congressional jurisdiction is nearly absolute. Executives representing virtually any industry can be called to testify before a number of committees with oversight and investigative authority. While a congressional hearing cannot result in a legal punishment, civil or criminal, the effect of a particularly hostile line of questioning can be devastating. Oversight hearings, and the media they generate, have been known to attract the attention of state attorneys general, plaintiffs’ attorneys, corporate boards, shareholders, and consumers. As an increasing number of members of Congress arrive in Washington with a command of television, social media, and messaging strategy, oversight hearings are a more potent and powerful tool than ever. 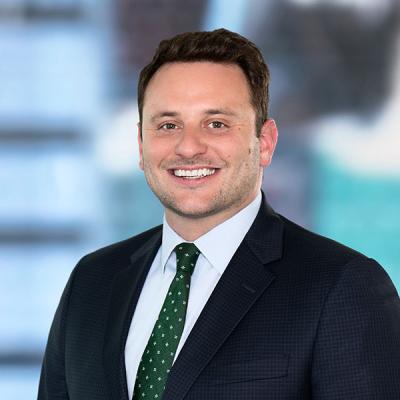