Experienced practitioners are anecdotally aware of the growth in recent years in the volume of health care qui tam litigation. That perceived trend is validated quite graphically in the most recent Department of Justice (“DOJ”) statistics on False Claims Act filings. The annual DOJ report, released on December 3, tracks annual recoveries and investigations for various categories of False Claims Act cases. The DOJ statistics also break down cases and recoveries between investigations brought by the government and actions filed by qui tam relators.

The statistics go back to 1987, allowing an analysis of trends in False Claims Act litigation over the past 28 years. What the statistics reveal is that health care-related cases – specifically, privately-instituted health care-related qui tam cases – have overwhelmingly been the largest factor in the growth in False Claims Act cases and recoveries over the past twenty years. Graphing those statistical trends over time creates clear and striking visuals that illustrate the impact of the two-decade long explosion in health care qui tam litigation. 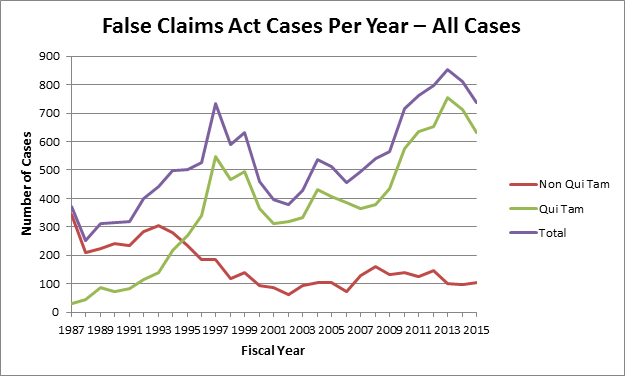 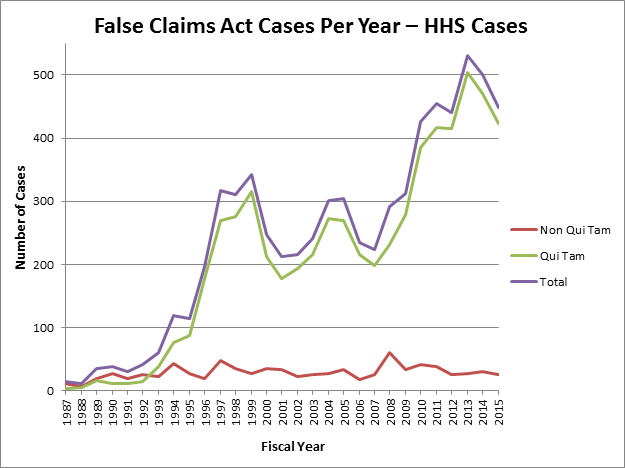 Even more striking over that time is the steep growth in filings in cases that DOJ classifies as involving the Department of Health and Human Services (“HHS”). These cases, consisting primarily of health care-related claims, have grown from close to zero in 1987 to over 400 cases per year since 2011. And, as was the case for overall False Claims Act litigation, the growth trend is largely a function of privately-filed claims. While the volume of government referrals and investigations involving HHS has basically flat lined for almost 30 years, qui tam filings surged past government filings in 1992, accounting for the steep increase in the total number of health care-related False Claims Act cases filed since then. 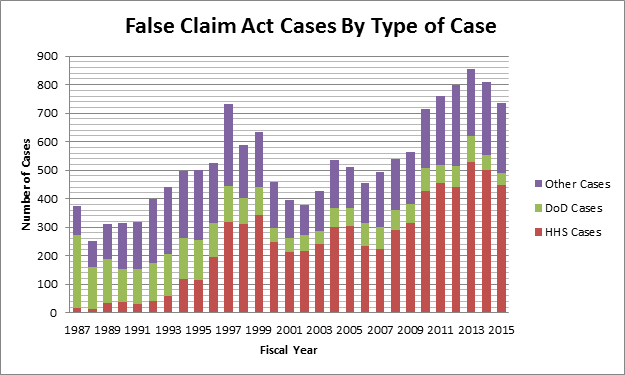 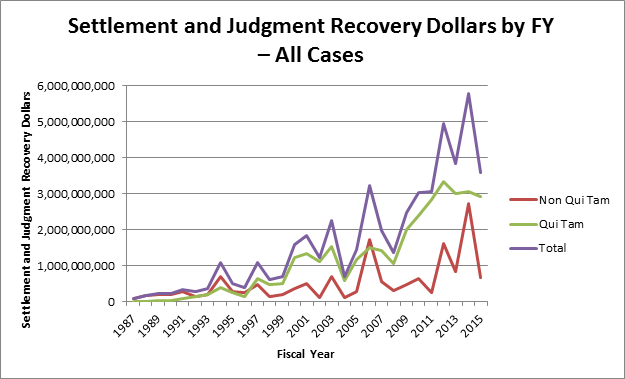 So what about the money? The statistics for recoveries in all False Claims Act cases suggest that the government gets a significant bang for its buck in the cases that it brings. And, in contrast to flat or declining volume in the absolute number of government referrals, overall recoveries in government filed cases over the entire period from 1987 to the present have trended upward. 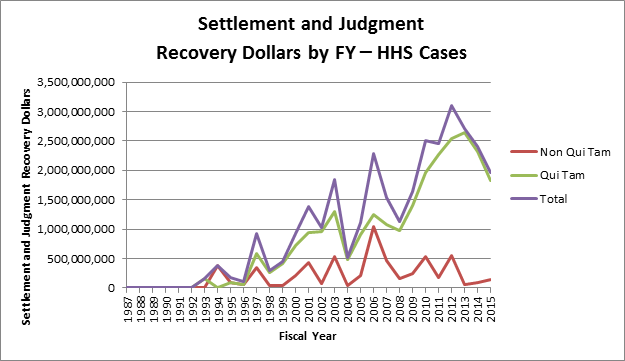 The relationship between health care qui tam filing volume and the growth in health care qui tam recoveries poses a “chicken and egg” problem. Are the recoveries a function of filing volume, or are growing numbers of filings attracted by the size of the recoveries? Perhaps a bit of both, although answering that question would require a depth of analysis beyond the scope of this piece. Whatever its cause, the growing volume in health care qui tam cases has been no illusion. It has become the most significant portion of all False Claims Act litigation, both in terms of cases filed and dollars recovered, and will continue to warrant significant attention by the fraud and abuse defense bar.

The author would like to acknowledge the invaluable assistance of Mintz Levin Project Analysts Sasha Dudding and Zach Fields in the preparation of the graphs supporting this analysis.