Several parties from the pharmaceutical industry have teamed up with an advertising association to file a lawsuit against the Department of Health and Human Services (HHS) to prevent a new drug pricing disclosure rule from going into effect. The legal challenge was filed on June 14, 2019 and takes issue with a final rule adopted by HHS on May 8, 2019 (which we previously blogged about here).  The rule purports to provide consumers with information regarding the price of prescription drugs. However, opponents of the final rule counter that the opposite will occur and that it will actually mislead patients about the price of prescription drugs. This point may not be difficult for the plaintiffs to demonstrate in support of their request for a declaratory judgment that the rule is unlawful, since even HHS has admitted in the final rule preamble that the new requirement may “discourage patients from using beneficial medications, reduce access, and potentially increase total cost of care.”

According to the Complaint filed by Eli Lilly, Merck, Amgen, and the Association of National Advertisers, HHS relied upon an “unprecedentedly broad construction of the agency’s statutory authority” to enact the final rule. The final rule requires direct-to-consumer pharmaceutical television advertisements to include specific, government-scripted statements highlighting what HHS describes as the “list price” of the advertised product. However, the Complaint points out that the “list price” is not – as regular people will undoubtedly infer from the overall context – a sales price for retail transactions like what may be seen in comparable advertisements for non-prescription drug products. Instead, the “list price” under the HHS rule is actually the “Wholesale Acquisition Cost,” or “WAC,” of the drug in question. The WAC is again not the suggested retail price for patients. As the Complaint explains, WAC is “expressly defined by federal statute as the price charged to wholesalers, before the application of discounts, rebates, and other adjustments that substantially reduce the net payment for the prescription drug.” In other words, HHS is directing manufacturers to “advertise to consumers the price that manufacturers charge to wholesalers, even though these are two entirely different concepts." Furthermore, third-party payors, such as insurance plans and government health programs, generally cover the bulk of the costs of a branded prescription drug advertised on television, which means that patients are not paying anything close to the WAC of an advertised drug at the pharmacy or when purchasing the drug through a health care provider.

Accordingly, the plaintiffs argue that mandating the disclosure of the WAC in television advertisements will have the opposite impact than the one HHS claims that it intends to have and thus that this final rule will force pharmaceutical companies to explicitly mislead consumers about the price of prescription drugs. In addition, the Complaint sets forth the plaintiffs’ arguments that the rule is unlawful for two primary reasons: (1) HHS has no authority to impose the final rule; and (2) the final rule violates the First Amendment.

Addressing the first argument, the Complaint outlines the historical development of direct-to-consumer drug advertising and explains that the Food and Drug Administration (FDA) requires that prescription drug advertisements “cannot be false or misleading with respect to side effects, contradictions, or effectiveness; must present a fair balance between the risks and benefits of the product; and must, depending on the medium in which the advertisement appears, either disclose all the risks in the product’s approved labeling or make ‘adequate provision’ for disseminating the product’s labeling to the audience.” Violation of any one of those regulatory requirements for prescription drug advertisements can lead to criminal or civil penalties. However, FDA has long acknowledged that it does not have the statutory authority to mandate disclosures about product prices under the Food, Drug, and Cosmetic Act (the Act). The plaintiffs also point out that the FDA has previously determined that even truthful price disclosures in drug ads may create an unbalanced net impression of the product, which would in turn make the ad misleading and in violation of the Act and the agency’s prescription drug advertising regulations.

The plaintiffs’ second argument also is simple in its construction; they allege that the final rule violates the First Amendment. Generally, when the government compels commercial speech to convey the government’s preferred messages, it bears a heavy evidentiary burden of showing “at a minimum, that the speech mandate will directly and materially advance a substantial government interest that could not be satisfied through other means.”

According to the Complaint, HHS has conceded that it lacks any proof that compelling these WAC disclosure statements will advance its stated goals of reducing costs for Medicare and Medicaid and has conceded that it lacks the data necessary to evaluate what effects the final rule could actually have on the total cost of care in those government health care programs. An implied message of the plaintiffs to the District Court also appears to be that the government’s true reasons for promulgating the final rule are political in nature and therefore cannot meet the constitutional burdens for compelled speech under the First Amendment.

HHS' Response to the Lawsuit

Following the plaintiffs’ initiation of the lawsuit, HHS spokesperson Caitlin Oakley said, “If the drug companies are embarrassed by their prices or afraid that the prices will scare patients away, they should lower them.” She added that “President Trump and [HHS] Secretary [Alex] Azar are committed to providing patients the information they need to make their own informed health care decisions.”

The lawsuit itself is wholly unsurprising. The pharmaceutical industry has criticized the WAC disclosure requirement since it was first proposed in 2018. As the plaintiffs caution in their Complaint, “far from promoting transparency and improved decision-making . . . the rule would instead force pharmaceutical companies to mislead tens of millions of Americans about the price they would actually pay for important medicines that might improve their health or even save their lives.” What’s more, the plaintiffs allege that HHS is counting on patients to believe those high list prices apply to them and to subsequently forego care in hopes of creating cost savings that may eventually be passed on to patients. As such, they argue, the final rule is flawed and should not be allowed to go into effect as scheduled on July 9, 2019.

However, at the same time, how the District Court weighs the various interests in this case and whether the political firestorm that is high drug prices could affect the court’s willingness to vacate the final rule is harder to predict. There will definitely be a lot more to come in this case, so stay tuned for further updates! 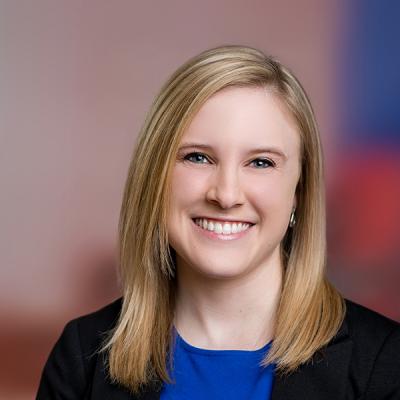