Voyager Digital Assets Inc., along with two of its affiliates, filed bankruptcy petitions in the Southern District of New York on July 5, 2022. The filing is significant—it followed months of an extreme downturn in the cryptocurrency sector which led to the collapse of Three Arrows Capital, a Singaporean cryptocurrency hedge fund (that borrowed $350 million and 15,250 Bitcoins from Voyager). While “crypto” is a newcomer to the United States bankruptcy system, the familiar contours of insolvency law will be at play in the Voyager bankruptcy with many new questions yet to be answered.

Cryptocurrency is a digital means of storing value employing “blockchain” technology. In essence, cryptocurrencies are records of transactions that have taken place on a string of computer code known as the blockchain. Each crypto “coin” is a portion of blockchain signifying a verified transaction. The inventor of bitcoin defined it as “a chain of digital signatures. Each owner transfers bitcoin to the next by digitally signing a hash of the previous transaction and the public key of the next owner and adding these to the end of the coin. A payee can verify the signatures to verify the chain of ownership.”1 And, while every bitcoin transaction is publicly viewable, the parties to the transaction can remain anonymous. Various forms of cryptocurrency, from Bitcoin to Etherum to Solana, are widely available on many platforms. However, the Voyager bankruptcy appears to be largely the result of contagion from a specific “stablecoin” that was (in theory) backed by—or “pegged to”—actual currency.

At first blush, Voyager’s business was typical of many financial services firms, providing its customers (i) brokerage services, (ii) custodial services, and (iii) lending services. At the time of filing, Voyager Digital boasted over 3.5 million customers.

Voyager’s custodial services permitted customers to “deposit” cryptocurrency onto the Voyager platform, and, in return, earn interest on the deposit. The form of interest was primarily paid either in (i) PIK interest, i.e. interest paid in the form of bitcoin deposited, (ii) Voyager’s own cryptocurrency which provided additional account enhancements, or (iii) a “staked” value at the time of deposit which would be available only after a fixed period of time.

Voyager’s lending services permitted customers to “borrow” bitcoin (deposited by customers) at pre-negotiated interest rate. The repaid interest was then used to pay, among other things, the interest to customers that deposited bitcoin onto Voyager’s platform.

The months leading up to the Voyager bankruptcy were marked by a groundswell of economic decline in the cryptocurrency industry, fittingly dubbed the “Cryptopocalypse.”  From November 2021 to June 2022, the market value of cryptocurrencies fell from $2.9 trillion to $1 trillion. As a result, two major players in the crypto sphere (and key players in Voyager’s business)—Terraform Labs and Three Arrows Capital—collapsed.

Terraform Labs issued Luna, a traditional cryptocurrency that recorded transactions on the Terra blockchain. Terraform Labs also developed TerraUSD, a stablecoin that, in theory, was pegged to the value of the U.S. Dollar and thus historically traded on Terra at $1.00. The value of TerraUSD was the standard for valuing Luna crypto coins—when a TerraUSD coin was minted, a corresponding Luna coin was also minted. Thus, users on the Terra blockchain would reinforce the price of Luna coins by minting and trading TerraUSD and Luna coins. If the value of either TerraUSD or Luna coins fell below $1.00, Terra blockchain users would exchange the coins for $1.00 worth of the alternative.

In May 2022, over $2 billion worth of TerraUSD was sold, causing a general panic among users of the Terra blockchain. As a result, TerraUSD’s trading price plummeted to $0.15, as opposed to $1.00. Luna suffered a worse fate, trading below $0.01.

Three Arrows Capital, a Singaporean crypto hedge fund, was heavily entrenched in the Luna crypto coin, with over $200 million invested in Luna coins. As a result of the Cryptopocalypse, the value of the fund’s Luna holdings evaporated, leading the firm to initiate liquidation proceedings in the British Virgin Islands on June 27, 2022. To date, the estimated value of Three Arrows Capital is less than $5 million; a significant problem for Voyager, which had loaned $350 million and 15,250 Bitcoins (for a total loan valued at more than $650 million) to Three Arrows Capital.

The negative impact of the Three Arrow Capital liquidation proceeding was almost immediate for Voyager. In the later part of June 2022, the company began to engage in a marketing process to either sell all of its assets or raise capital. On June 23, 2022, Voyager was forced to limit the withdrawals from its platform from $25,000 to $10,000. Then, on July 1, 2022, the company suspended all trading, deposits, and withdrawals. In its press release announcing the halt, Voyager announced that it held $658 million in assets, $355 million in customer cash, and $168 million in cryptocurrency.

Just one week prior to the bankruptcy, on June 22, 2022, Voyager, in an attempt to find stabilizing liquidity, entered into a $500 million revolving credit facility with Alameda Ventures Ltd., comprised of $200 million cash and 15,000 Bitcoins.

On July 5, Voyager initiated (i) a chapter 11 proceeding and (ii) a chapter 15 proceeding for its Canadian affiliate in the bankruptcy court for the Southern District of New York.

The company announced that it would be embarking upon a “dual-track” restructuring process—which will result in either (x) a sale of the company or (y) the issuance of equity in the reorganized company to its customers. Voyager expects to fund a plan of reorganization with “(a) cash, (b) Coins, (c) Voyager Tokens, (d) the Three Arrows Capital Recovery, and (e) New Common Stock.” Essentially, this “placeholder” plan is no more than a summary of the typical options available to any entity in bankruptcy.

However, Voyager’s primary business—cryptocurrency—and the contagion in the crypto world charts unfamiliar territory that has baffled investors, regulators, and lay persons since cryptocurrency’s entry into the public sphere. Given the volatile nature of cryptocurrency, this bankruptcy is likely to set precedent with respect to valuing digital assets, related claims, and the ability to confirm a plan with cryptocurrency as a means for implementation. As the debtors embark upon confirming a plan, novel issues around identifying and noticing Voyager’s creditor constituencies, the adequacy of the company’s disclosure of its reorganization plan, and a myriad of other issues will unfold.2 And, as the Bankruptcy Court queried at the “first day hearing”, whether crypto held by the debtor truly constitutes “property of the estate” will ultimately determine the trajectory of the bankruptcy and Voyager’s prospects for successful reorganization.

2 As of the date of this publication, another crypto lending firm, Celsius Network. filed for chapter 11 relief in the bankruptcy court for the Southern District of New York. Celsius Network is represented by the same attorneys as Voyager. 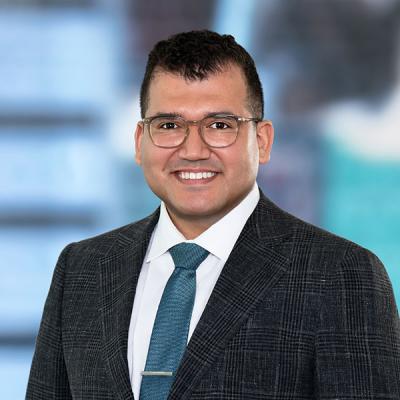 Dallas G. Taylor is an attorney at Mintz who represents public and private companies, acquirers of distressed assets, lenders, equity holders, and other stakeholders in all aspects of bankruptcy proceedings, corporate restructurings, and insolvencies. His clients include companies in the financial services, health care, retail, and real estate industries.