Could bankruptcy protection be on the horizon for individuals and companies actively involved in the cannabis industry?  Potentially yes, following President Biden’s October 6, 2022 request for the Secretary of Health and Human Services to begin the administrative process to review marijuana’s classification as a Schedule I substance under the Controlled Substance Act (“CSA”).

Marijuana is big business.  Recreational marijuana use is currently legal in 19 states and the District of Columbia (this number will change following the 2022 U.S. elections).  In 2021, there were over 200 cannabis M&A transactions totaling $10.1 billion in value.  Even though the cannabis industry has become mainstream, companies and individuals in this industry are often denied the ability to liquidate or restructure their debts through bankruptcy.  This is because federal law governs the bankruptcy process.  As of October 1, 2022, federal law still prohibits “manufactur[ing], distribut[ing], or dispens[ing], or possess[ing] with an intent to manufacture, distribute, or dispense”  marijuana. 21 U.S.C. § 841(a). Upon filing for bankruptcy, consequently, all of the debtor’s assets become property of the bankruptcy estate.  Thus, any of the debtor’s assets derived from or connected to the possession, distribution or manufacturing of marijuana cannot legally be administered by the bankruptcy court, trustee, or debtor.

One of the leading cases on this issue is Burton et al. v. Maney et al. (In re Burton) (“Burton”).  In Burton, the debtors filed for bankruptcy to reorganize their debts.  The assets listed on their bankruptcy schedules included an ownership interest in a business located in Arizona that cultivated and sold marijuana.

The debtors argued that the marijuana business had closed prior to the bankruptcy filing, and, therefore, they would not receive any further income from it. However, the marijuana business was the plaintiff in a pending state court action, and the litigation claims (and any associated recoveries) were property of the debtors’ estates.  The bankruptcy court dismissed the case  because any such recovery would be “derived from conduct that is illegal under federal law”..

On appeal, the U.S. Bankruptcy Appellate Panel for the Ninth Circuit (the “BAP”) agreed.  The BAP was quick to note that “the mere presence of marijuana near a bankruptcy case does not automatically prohibit a debtor from bankruptcy relief.”  While some courts applied a more stringent rule, the BAP discussed that the Ninth Circuit has no bright-line rule requiring dismissal of marijuana-related cases, instead affording bankruptcy courts discretion to determine an appropriate outcome.  Nonetheless, the BAP affirmed the dismissal of the Burton case, holding that the debtors’ business was “seeking to recover damages consisting at least in part of profits lost as a result of breaches of contracts related to the growing and selling marijuana.  As such, any proceeds received from the litigation would represent profits from a business that is illegal under federal law.”

Burton reflects the challenges faced by distressed businesses and individuals connected to the cannabis industry in light of marijuana’s current classification under the CSA.  Financial situations like the Burtons are only becoming more common as the cannabis industry continues to grow.  In 2021, legal marijuana sales reached $25 billion in the United States, a 40% increase from the previous year.  As mentioned, nineteen states, and Washington D.C. have now legalized the use of recreational cannabis (this number will change following the 2022 U.S. elections), and medical use of cannabis is legal in 37 states.  Current options for distressed cannabis companies include workouts, assignments for the benefit of creditors, state receiverships, and private funding options.  These limited alternatives put all parties to the transaction at a disadvantage.  Bankruptcy offers, among other benefits, the automatic stay to stop all collection attempts by creditors, and the ability to prioritize payments, avoid certain pre-petition transactions, restructure and/or discharge debt, and maintain the operation of the company.  Therefore, reclassifying marijuana has the potential to change the entire marijuana landscape. 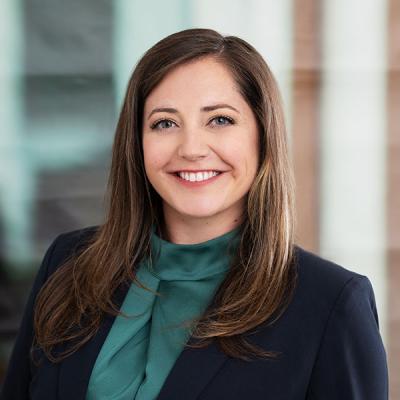 Rachel M. Sposato is a Mintz Associate who focuses her practice on Chapter 11 and Chapter 7 bankruptcies and reorganizations, complex bankruptcy disputes, and commercial litigation. Her clients include companies in a variety of industries, secured and unsecured creditors, high-net-worth individuals, and former professional athletes.