The Corporation’s Role in Society Today

During the past several years, public companies have come under increasing pressure from investors and society at large to use their resources and influence for broad and meaningful social impact. Millennials and Generation Z are particularly focused on the role that corporations play in advancing social issues, but their interest is shared by many in other age demographics as well.[1] This trend is not new, and many large public companies have responded. In 2015, for example, Apple, Facebook, Google, Microsoft, Coca-Cola, and Johnson & Johnson were among 397 companies that filed an amicus brief asking the Supreme Court to overturn a lower court ruling against same-sex marriage in Obergefell v. Hodges.[2] Corporations are also actively tackling issues of racial diversity on their boards after the murder of George Floyd. In 2020, among the new directors joining Fortune 500 company boards, 28% of new board seats were filled by Blacks, up from 10% the prior year, and almost three-quarters of the appointments occurred in the months after Mr. Floyd’s death.[3] Corporations are also leading the charge to combat the uptick in hate crimes against Asian Americans and Pacific Islanders (“AAPI”) since the COVID-19 global pandemic. Corporations such as Apple, Peloton, Airbnb, and Nike donated money to nonprofits tasked with combatting AAPI hate crimes and created popular social media campaigns denouncing racism.[4] Corporations and institutional investors also spoke out firmly and swiftly against the January 6, 2021 insurrection at the U.S. Capitol building. Beyond just issuing statements, companies acted to show their disproval. For example, Amazon suspended PAC contributions to U.S. lawmakers who voted against the certification of the election.[5] This action of suspending political donations was followed by dozens of other high-profile corporations, including Airbnb, American Airlines, American Express, Boston Scientific, Dow Chemical Company, and Walmart.[6] From an ESG perspective, the implication of these actions is clear: corporations are getting the message that they must view themselves not simply as business enterprises, but as entities firmly intertwined with the broader society, and it is crucial they understand that both society and their investors expect them to act as leaders in areas of social justice and environmental stability.

One indication of the growing importance of ESG issues to corporations is that CEOs have become more outspoken on divisive political issues such as voting rights.[7] Thus, in the wake of last year’s general election and the ensuing efforts in many states to restrict voting rights, the CEOs of corporations like Delta Air Lines and Coca-Cola have spoken out against such legislation. ESG issues also matter deeply to institutional investors. Institutional investors are requesting that companies become leaders in social issues, a new ideology aimed at expanding the corporation’s role in solving issues of social injustice. Larry Fink, the CEO of BlackRock, stated in his 2021 letter to CEOs that the United States is at a historic crossroads on the path to racial justice, an issue that cannot be solved without leadership from companies.[8] Clearly, the philosophy that a corporation’s sole responsibility is to pursue profits and enhance shareholder value while remaining silent on social issues is no longer the prevailing ideology. Institutional investors are demanding that corporations play a major role in addressing social injustices.

Corporations as Citizens and ESG as a Tool to Act

As declared in Shakespeare’s The Tempest, “What’s past is prologue,” and if that holds true, the U.S. movement for corporations to exercise greater social responsibility has roots dating back over one hundred years. Thus, in considering how best to contextualize and appreciate the ESG movement today, it is helpful to understand some of the legal milestones that have defined corporations’ transforming role in society. One such milestone was the U.S. Supreme Court’s opinion in Santa Clara County v. Southern Pacific Railroad, 118 U.S. 394 (1886). In that case, the theme of corporate personhood was enunciated by the Supreme Court, which stated that the Equal Protection Clause of the Fourteenth Amendment grants constitutional protections to corporations. Over a century later, in Burwell v. Hobby Lobby Stores, Inc., the Supreme Court, in a landmark decision, allowed for privately held for-profit corporations to be exempt from a contraceptive mandate under the Affordable Care Act to which their owners objected on religious grounds. In reaching this decision, the Court held that for-profit corporations could be considered persons under the Religious Freedom Restoration Act of 1993. This ruling regarding corporate personhood was, in some respects, an extension of the Supreme Court’s ruling in Citizens United v. FEC, 558 U.S. 310 (2010), in which the Supreme Court granted First Amendment protections to corporations, allowing them to fundraise for political campaigns. The Court held in that decision that corporations, as associations of individuals, have free speech rights under the First Amendment and therefore could not be barred from political expenditures as an expression of free speech. These judicial opinions, as well as others, have established a foundation for treating corporations as entities within U.S. society that have certain rights akin to natural persons. And, as personal rights come with personal responsibilities, applying this same logic to corporations demonstrates how corporations also could be expected over time to assume greater social responsibilities. This has led to a new and still-evolving paradigm in how investors analyze and invest in companies and what our broader culture expects from corporations.

That evolving paradigm leads us to ESG. ESG is a popular acronym that means Environmental, Social and Governance. As an important element of the ESG movement, many institutional investors, ratings agencies, and proxy advisory firms have developed their own proprietary scorecards to determine how various companies handle environmental, social and governance issues. If companies score low on those ESG scorecards, institutional investors will vote against the reelection of board members, vote in favor of shareholder proposals that align with their expectations, and potentially decide to withdraw their investments in such companies.

With climate change and environmental stability being a priority for many investors, it is important to understand how environmental risks are perceived as investment risks. Mindful of the growing social focus on climate change, regulators now view climate risk as a potentially destabilizing factor in the global financial system. One recent, dramatic example of the financial risks imposed by climate change is the bankruptcy of Pacific Gas & Electric (“PG&E”). In the first climate change–related bankruptcy, PG&E filed for bankruptcy protection in 2019 after being deluged by lawsuits stemming from California wildfires allegedly caused by its power lines. The wildfires damaged hundreds of miles of California land and led PG&E to cite $30 billion in liabilities.[9] Investors are changing their investing habits to reward companies that have strong ESG characteristics. In fact, BlackRock reported that from January through November 2020, investors in mutual funds and ETFs invested $288 billion globally in sustainable assets, a 96% increase over the whole of 2019.”[10]

Climate change, however, is only one of the areas of focus in the burgeoning push for greater ESG sensitivity and compliance. As an example, State Street Global Advisors (“SSGA”) has been very aggressive in its proxy voting to effect ESG change. In a letter from the CEO detailing its 2021 Proxy Voting Agenda, SSGA stated that companies with strong ESG characteristics experienced less negative stock returns during the market collapse compared to their competitors, including industries most affected by COVID-19.[11] Among other priorities, SSGA is proactively addressing racial, ethnic, and gender diversity. This is one of the areas where companies’ knowledge of ESG disclosure–related issues is most significant. SSGA has made the following proclamations:

SSGA has provided a Voting Framework for Diversity-Related Shareholder Proposals.[12] Below is a table outlining SSGA’s expectations, and practical examples of best practices.

Perhaps most importantly, SSGA has stated that if a company does not commit to align with four or five of its expectations, and if engagement is not productive, SSGA will most likely support proposals that would meaningfully advance diversity-related disclosures.

SSGA has also provided Proxy Voting Guidelines for Environmental and Social Issues. Starting in 2022, SSGA will vote against independent directors at companies in the S&P 500 that are underperformers based on their R-Factor score, which is SSGA’s proprietary ESG scorecard that determines which companies are meeting SSGA’s ESG expectations.[13]

Climate Change, and Why ESG Commitments Matter to Boards

BlackRock, in its 2021 proxy voting guidelines for U.S. securities, provided guidance on their proxy voting with respect to environmental sustainability.[14] It is asking companies in which it invests to explain how they may be impacted by climate-related risks and opportunities and how these risks are considered within the company’s strategy. Specifically, BlackRock expects companies in which it invests to articulate how they are aligned with the goal of limiting global warming to well below 2℃, consistent with a global aspiration to reach net-zero greenhouse gas emissions by 2050. BlackRock is underscoring this expectation by examining the disclosures of carbon-intensive companies regarding their greenhouse gas emissions reduction targets. BlackRock will consider supporting shareholder proposals that ask companies to disclose climate plans aligned with BlackRock’s goals.

One of the most noteworthy ESG-related developments occurred in May 2021, when Exxon Mobil Corp. lost two board seats to a small activist hedge fund that asserted Exxon Mobil’s board was not pursuing an aggressive enough climate change agenda.[15] The hedge fund, Engine No. 1, had only a $50 million stake in Exxon, an oil behemoth with a market value of $250 billion. The dissident shareholders were able to win the support of major institutional shareholders such as BlackRock, which supported their shareholder proposal. This marked a monumental shift where an industry-leading company lost board seats because of climate change. Institutional shareholders were clear in their beliefs that failing to address growing investor concerns about the impact of climate change can directly lead to the loss of board seats and changes to corporate leadership.[16] This is a quintessential modern example of how investors are wielding their voting power to effectuate change on corporate boards in order to ensure that corporations are more aligned with their goals of environmental sustainability.

It is more important than ever for corporate boards to understand the expectations of institutional investors, proxy advisors, society, and asset managers to be ESG compliant. Corporations must be proactive and diligent in providing appropriate disclosures and making appropriate changes to satisfy those expectations.

[6] Melinda Fakuade, Vox - A Running List of Corporate Responses to the Capitol Riot

[9] PG&E: The First Climate-Change Bankruptcy, Probably Not the Last - WSJ 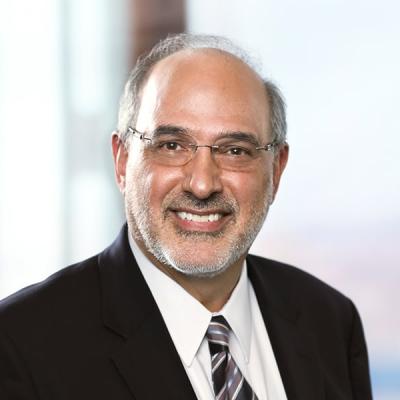 Jonathan L. Kravetz is Chair of the Securities & Capital Markets Practice Group and Co-chair of the Life Sciences Practice Group at Mintz. He represents clients in public and privately placed equity and debt financings, and counsels them on securities compliance and strategic matters.