There has been a marked increase in the amount of money being invested by Chinese investors into U.S. early stage biotechnology companies since 2017, spurred on by direct encouragement from Beijing through its Made in China 2025 industrial policy, which specifically targets biotech as a strategic industry eligible for greater government backing.  In the first half of 2018, Chinese venture capital funds and high net worth family offices invested $5.1 billion in US biotech companies, exceeding the $4 billion invested by Chinese investors in all of 2017.[1]

Despite the promise of a rich source of funding, there are practical, legal and political considerations that biotechs need to consider when considering taking investments from Chinese sources.

Since 2016, the Chinese government has put in place measures to increase its control and supervision over outbound investments by Chinese investors.[2]  For example, the State Administration of Foreign Exchange (“SAFE”) has adopted internal rules requiring banks to report any overseas transfers of $5 million or more by companies established in China.  These rules not only restrict direct offshore investments by Chinese companies, but even apply to funds transferred between a Chinese company and their offshore affiliated companies.  Furthermore, the National Development and Reform Commission’s (NDRC) Order No 11 released in 2017 has widened and refined the approval process for outbound investments.  Generally, for outbound investments conducted by Chinese investors under US $300 million, the investor will be required to file a record with the provincial NDRC.  The substance of the filings will vary depending on the province and the regulatory body, but it would not be uncommon to involve a substantive review including requests for the issuer to provide additional information.  No pre-transaction recording is required for outbound investments conducted by Chinese investors through wholly controlled overseas enterprises, though the transfer of funds would still be subject to the SAFE rules mentioned above.[3]  Although some of these measures are considered as having streamlined and clarified the regulatory regime in China for managing outbound investments, they have in essence broadened the transactions subject to regulatory scrutiny.  Furthermore, although biotechnology is not currently on the list of “sensitive sectors” that are subject to more stringent restrictions under Order 11, it remains to be seen how the Chinese government will ultimately respond to some of the trade policies being proposed in Washington.

The Trump Administration has actively placed a spotlight on economic activities between the United States and China, vocally accusing China of price manipulation, giving insufficient protection to U.S. intellectual property, and illegally obtaining American technology and trade secrets.  As a partial response to address these claims, the Trump administration has threatened punitive tariffs on Chinese imports, including Chinese-made medical devices and drugs.

Concurrently, there has been a flurry of  regulatory and legislative activity which will have the effect of increasing barriers on Chinese acquisition and investment in U.S. strategic industries:

As the regulatory and political risk to Chinese outbound investments increases, it is important for early stage biotechs to take these risks into consideration when considering investments by Chinese companies.

Investments from Chinese sources inevitably involve a timing risk as the investors need additional time to get local regulatory approval.  Creative funding strategies, such as having funds wired to a third party to be held in escrow, do not appear to work, as the regulatory requirements appear to be based on: (i) presenting a fully executed definitive agreement to the regulators, followed with (ii) a wire showing a direct transfer from the investor to the issuer.  Therefore, a simultaneous sign and close may not be achievable for a closing that includes Chinese investors.  If the round involves multiple investors, including non-Chinese sources, the biotech company should prepare the non-Chinese investors for delayed closing or multiple closings.  The company must also consider how a delayed closing may impact their own internal budget planning.

In addition, the early stage company should consider managing the risk that the Chinese investor does not receive regulatory approval.  Although all current signs indicate that the Chinese government is continuing to support and encourage its nationals to invest in the biotechnology sector, it is uncertain how long such support will persist, and whether some of the recent policy proposals from Washington will have any short or long term impacts.  For an investment involving solely Chinese investor(s), the early stage company may want to consider whether to include the concept of an outside date for the closing, and what the consequences for failure to close by the outside date may be (e.g., a penalty if a closing is not achieved by the outside date, such as an adjustment to dividend or conversion rate, or if the Company would simply like the freedom to walk away so as to find alternative sources of financing).  If a syndicate of investors is involved, there could be additional complexities if the non-Chinese investors believe that the delayed closing is conveying a benefit to the Chinese investor that they did not get.  A potential way to manage the sensibilities of the non-Chinese investors may involve adding sweeteners such as warrants for the investors who are able to make a timely investment.

Finally, there is now the low, rumbling, but difficult to ignore threat that political forces may be conspiring to make such investments altogether impossible.  As early stage biotechs continue to expand their own resources and energy in pursuing sources of financing, it would be wise to continue to watch developments in this area if they are contemplating Chinese sources. 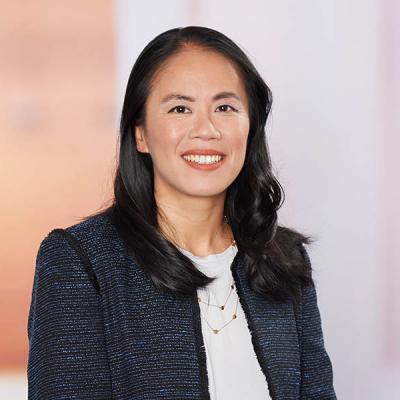