“Men” is not synonymous with “person,” nor does “he” mean “she.” It is important for contractual language to be not only precise but also accurate. Many agreements govern multiple individuals, some of whose gender is unclear or variable. This article will give you advice and guidance on how to adjust contract language to be gender-neutral (and how Mintz can help through the process). As society moves towards treating all genders equally, legal contracts should too.

Gender is the socially constructed characteristics of “male” and “female” and includes norms, roles, and relationships of and between groups of men and women.[1]

Merriam-Webster defines gender-neutral as “not referring to either sex but only to people in general.”[2]

Conversations around gender and gender neutrality are becoming more and more mainstream.[3] Thompson Reuters reported that in the past year (2018), there has been an increase in the number of clients requesting gender-neutral documents.[4] Start-ups are at the forefront of change and industry disruption, so it is logical that they stay ahead of the trend.

As you operate a business, there are a number of form contracts that you will use regularly. These form contracts are agreements your attorney drafts with brackets and spaces for you to update depending on each use. For example, common form contracts include (1) Confidentiality, Nondisclosure, and Assignment of Inventions Agreements; (2) Equity Incentive Plans; (3) Stock Option Grant Agreements; and (4) Restricted Stock Purchase Agreements, all of which are available through the MintzEdge package.[5]

Traditionally, these form contracts used masculine pronouns. It used to be that progressive contracts simply did not use “he” but rather “she” or “he or she.” As Thompson Reuters reported: “In the old days it was almost certain that your senior employees would be men; a contract would be drafted accordingly, and then the ladies would be given a metaphorical pat on the head by including in the boilerplate the reassurance that references to the male gender should be interpreted to include the female.”[6]

Now, the shift towards non-gendered pronouns and away from binary choices of “he” or “she” means attorneys need to adopt new drafting techniques. As entrepreneurs and leaders of your own business, you can encourage this shift.

Gender neutrality facilitates accurate, precise contracts. It is important that an individual who is subject to a contract feel as though the contract applies to that individual. In addition, that individual should also feel respected. Changing complex legal contracts can be difficult; as always, feel free to reach out to us for assistance through this drafting process! 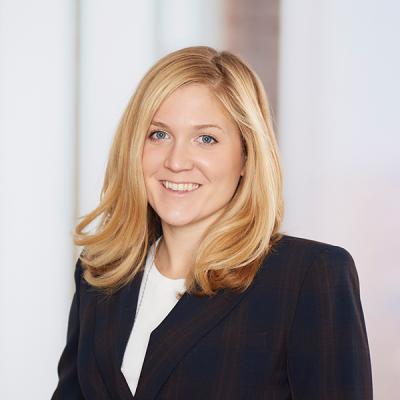 Kathryn I. Pajak is a Mintz attorney whose practice encompasses corporate finance, venture capital, emerging technology, licensing agreements, and other corporate matters. She advises clients in technology, retail & consumer products, and other sectors. She was a Summer Associate at Mintz in 2017.