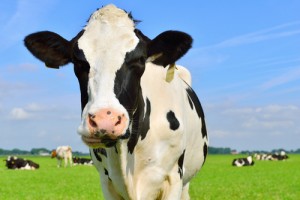 A federal district court in Washington has confirmed that an employer’s relationship with the cows that its employees serviced is insufficient to establish a legitimate protectable interest to enforce a non-compete.

Yes, the court’s decision in Genex Cooperative, Inc. v. Contreras not only confirmed that bovine inseminators were free to solicit their prior clients (and cows), but the case provides some good reminders about drafting enforceable non-competes.

The case involved three bovine inseminators who, unhappy with their wages and working conditions (which included the failure to adhere to state minimum wage laws), quit their jobs with Genex and, the next day joined its competitor CRV USA — who immediately put them to work inseminating the cows of Genex customers.

Even though all three employees worked with Genex, each had different non-compete agreements. The court struck down the first because Wisconsin’s “all or nothing” non-compete law banned the reformation of a covenant that purported to restrict the employee from soliciting customers that the employee had never serviced. These cows were fair game.

Washington law governed the second non-compete, but the employer’s failure to demonstrate a protectable interest doomed this agreement. The non-compete restricted the employee from artificially inseminating cows in the geographic area where Genex employed him — without reference to whether the actual customers (or cows) were Genex clients. Because preventing the employee from servicing cows in a specific geographic area had no impact on the ability of Genex to maintain its business with its existing clients, the covenant as drafted was unenforceable. The court struck down an employee non-solicitation clause in the third agreement as unreasonable because the employee — a farm worker who could not read or write English — was an at-will non-managerial employee, and the justification Genex gave for its enforcement —that the employee’s decision to quit may have inspired the “courage, spirit or hope” for his fellow employees to quit as well — was inadequate to support its enforcement.

Genex illustrates that covenants not to compete are not one-size-fits-all, and enforcing them against at-will non-managerial employees is an uphill battle — particularly where the interest the employer proposes to protect through the covenant is itself bovine in nature. Draft these agreements carefully, pay attention to governing law and, above all, ensure that the agreements are tailored to fit the scope of the legitimate business interest requiring protection.