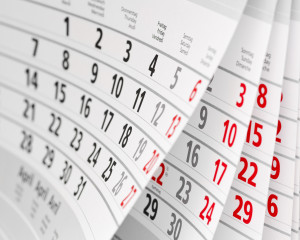 Last week, the PTAB designated two recent post-grant proceeding decisions as “precedential,” marking only the second and third time it has designated one of its opinions as binding on all PTAB judges. One of those decisions—the Decision Denying Institution of Inter Partes Review in LG Electronics, Inc. v. Mondis Technology Ltd., IPR2015-00937—addresses the scope of the one-year statutory bar on IPR petitions and will likely guide how the PTAB applies that bar for the foreseeable future.

Under the one-year statutory bar set forth in 35 U.S.C. § 315(b), a petitioner must file a petition for inter partes review of a patent within one year of being served with a complaint for infringement of that patent:

An inter partes review may not be instituted if the petition requesting the proceeding is filed more than 1 year after the date on which the petitioner, real party in interest, or privy of the petitioner is served with a complaint alleging infringement of the patent.

The question of whether this bar applied to LG’s IPR Petition against the Mondis patent was complicated by the fact that LG had previously been served with two complaints alleging infringement of Mondis’s patent. The first complaint was served more than one year before LG filed its Petition, but the second complaint was filed less than one year before the Petition’s filing date.

LG contended its Petition was not time barred for three reasons. First, LG argued that because the second complaint was “a complaint” filed less than one year prior to the filing of its Petition, the Petition was not barred. The PTAB rejected this argument, declining “to amend § 315(b) by inserting either ‘latest’ or ‘second’ [complaint] into the statute,” and finding that the first complaint satisfied the “a complaint” language in the statute: “because the Petition was filed more than one year after the service of the [first] Complaint, it falls outside the one-year time bar for pursuing an inter partes review as set forth in § 315(b).”

Third, LG argued that as a matter of equity, it should be allowed to challenge Mondis’s patent in an IPR because Mondis was still able to pursue the claims from the first complaint that were dismissed without prejudice. Again, PTAB rejected this argument, explaining that inter partes review is not meant to be used as a tool for harassment by repeated litigation and noting that LG has the option of filing an ex parte reexamination.

As a result of the PTAB designating this decision as precedential, parties should be aware that where they have been served with a complaint for patent infringement that is dismissed with prejudice at least in part, the one-year clock may have started running for filing an inter partes review petition.