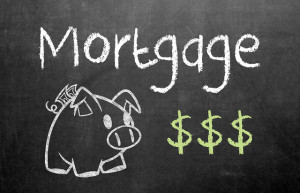 Patent owners continue to face an uphill battle at the Patent Trial and Appeal Board.  According to U.S. Patent Office statistics as of December 31, 2015, a majority (72%) of the 529 Inter Partes Reviews (IPR) proceeding to trial and receiving Final Written Decisions ended in all examined claims being invalidated.   The story is worse for Covered Business Method (CBM) patent post-grant reviews, where 81% of the 69 CBM proceedings receiving Final Written Decisions as of December 31, 2015 found all examined claims unpatentable.  And the trend continues, with the Board issuing last week a Final Written Opinion invalidating all examined claims of a mortgage processing patent as unpatentable for failing to claim patent eligible subject matter.

In E-Loan, Inc. v. IMX, Inc., CBM2015-00012 (Paper No. 19), Petitioner E-Loan sought CBM review of claims 7, 8, 26, and 27 of U.S. Patent No. 5,995,947 (“the ’947 Patent”) under 35 U.S.C. §101.  The ’947 Patent describes a method and system for loan processing, such as making and trading loan applications.  Claims 7 and 8 recite a method of processing loan applications involving maintaining a database of pending loan applications and their statuses at a database server, where each party to a loan can search and modify that database consistent with their role in the transaction by sending requests to the server from a client device.  The role may include a lender and the client device may include a lender station associated with at least one lender, where the lender can search the database for desired loan types, bid on loan applications and receive notification when a bid is accepted.  Claims 26 and 27 are directed to a system having a database, a transaction server, a lender station, and a message notifying the lender that perform the steps recited in claims 7 and 8.

In its Final Written Decision, the Board first determined that the challenged claims were “covered business method” patent claims because they (1) cover a method of processing loan applications and data processing used in the practice, administration, or management of a financial product or service; and (2) do not claim any technological invention.  The Board considered the claimed loans to be financial products because they are agreements between two parties stipulating the movement of money or other consideration and agreed with Petitioner that the challenged claims solve the commercial or business problem of making loan processing less expensive, rather than a technical problem and do so with known technologies.

As to its Petitioner’s 35 U.S.C. §101 ground, the Board followed the framework set forth in Mayo Collaborative Servs. v. Prometheus Labs., Inc. and as adopted by the U.S. Supreme Court in Alice.  Under the first prong of this framework, the Board determined that each challenged claim is directed to an abstract idea, namely the fundamental economic or longstanding commercial practice of loan processing.  The Board reasoned specifically that claims 7 and 8 implement this known method on general purpose computers and that claims 26 and 27 recite generic computer components that perform the abstract methods of claims 7 and 8 using conventional computer functions.

The Board next determined that each claim fails to recite a patent-eligible application of the abstract idea of loan processing.  Taking the features of each claim either individually or as an ordered combination, the Board explained that the features recite conventional loan application processes that were previously performed by hand and that the patentee simply automated using general purpose computers.  Accordingly, the Board found the claims unpatentable as directed to patent-ineligible subject matter.

The Patent Owner also challenged post-grant proceedings as being unconstitutional, arguing that issued patents are no longer under the jurisdiction of the U.S. Patent Office and may be set aside, annulled, or corrected only by the courts of the United States.  The Board rejected this argument under MCM Portfolio LLC v. Hewlett-Packard Co., which we previously discussed (here).