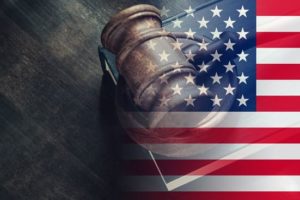 For just the third time ever, the Patent Trial and Appeals Board (“PTAB” or the “Board”) recently sided with a Patent Owner in an inter partes review (“IPR”) to find that evidence of secondary considerations of non-obviousness compelled rejection of the Petitioner’s invalidity challenges.  In doing so, the Board may have provided other patent owners with a roadmap for prevailing in IPRs with this rarely successful argument against obviousness.

World Bottling Cap had successfully petitioned the Board for inter partes review of Crown Packaging Technology’s U.S. Patent No. 8,550,271 on obviousness grounds.  The ’271 Patent describes a bottle cap made with thinner and harder steel compared to conventional caps.

After a full trial and hearing, the Board sided with patent owner Crown Packaging.  Although the Board found that “the differences between the prior art and the claimed invention are minimal” and that there was “a trend in the [bottle cap] industry … to use progressively harder materials” as required in the challenged claims, it nonetheless found that Petitioner had failed to prove obviousness, relying heavily on Crown Packaging’s arguments and evidence concerning secondary considerations of non-obviousness.  In doing so, the Board found that Crown Packaging had identified considerable industry praise and awards “directed to the merits of the claimed invention” based on “an unexpected and welcome development,” and “that the claimed invention was highly successful… because of the merits of the invention.”

Establishing such a strong nexus between the claimed subject matter and the allegedly successful commercial product was key to the Board’s decision here, and it could prove to be a recipe for success for other Patent Owners seeking to defeat an IPR challenge based on secondary considerations of non-obviousness.