On March 15, 2017, the Securities and Exchange Commission (“Commission” or “SEC”) published in the Federal Register for comment proposed amendments to Rule 15c2-12 (the “Rule”) under the Securities Exchange Act of 1934 (“Exchange Act”) that would amend the list of event notices required under the Rule in a manner that, if such amendments are finalized in their proposed form, would likely require issuers of, or “obligated persons” on, publicly offered municipal bonds to provide detailed ongoing disclosure of any new debt, derivatives and other “financial obligations.”

The Rule requires that a broker, dealer, or municipal securities dealer (collectively, “dealers”) acting as an underwriter in a primary offering of municipal securities reasonably determine that an issuer or an obligated person has undertaken, in a written agreement or contract for the benefit of holders of the municipal securities, to provide to the Municipal Securities Rulemaking Board (“MSRB”) through the MSRB’s Electronic Municipal Market Access (“EMMA”) system, prompt notice of specified events. The proposed amendments would amend the list of such event notices to include;

In the release accompanying the proposed amendments, the SEC noted that if new financial obligations or new material covenants, events of default or remedies impacted an issuer’s or obligated person’s liquidity and creditworthiness, the credit quality of the issuer’s or obligated person’s outstanding debt could be adversely affected which could impact an investor’s investment decision or other market participant’s credit analysis. Such changes to credit quality could also affect the price of the issuer’s or obligated person’s existing bonds.  Items the SEC referenced as potentially material include debt service coverage ratios, rate covenants, additional bond tests, contingent liabilities, events of default, remedies and priority payment provisions (including structural priority such as balloon payments, for example).

The Commission’s accompanying release stated that the event notice of incurrence of a material financial obligation generally should include a description of the material terms of the financial obligation. According to the release, examples of such material terms include the date of incurrence, principal amount, maturity and amortization, and interest rate, if fixed, or method of computation, if variable (and any default rates); the release states that disclosure of other terms may be appropriate as well, depending on the circumstances.

Unless the proposed amendments are pared back following the comment period, they are likely to result in the required disclosure by issuers or obligated persons of municipal bonds subject to the Rule of virtually all new loan agreements with banks or other private lenders, privately placed municipal bond indentures or loan agreements, swap agreements, real estate leases, and material judgments or arbitration rulings, as issuers and obligated persons are unlikely to shoulder the administrative burden and legal risk associated with determinations of which obligations, and which terms of such obligations, are “material” and which are, and will remain in hindsight, clearly immaterial.  Similarly, for expense and risk reasons, it is more likely that full legal documents will be disclosed versus substantially redacted or summarized versions.

The proposed amendments do not appear to require disclosure of the termination or satisfaction of financial obligations previously disclosed on EMMA as material events; accordingly they may result in the accumulation over time on EMMA of a variety of lengthy loan agreements, indentures, swap agreements and the like with no clear way for bondholders or brokers accessing EMMA to determine whether the relevant obligations and the related agreements continue in effect. Such overdisclosure may limit the pool of investors with respect to the obligations of the issuer or obligated person, in that brokers responsible under MSRB Rule G-47 for conveying to customers all material information about the security accessible on EMMA may opt not to do so for securities with EMMA postings that include unwieldy amounts of raw legal documents.

Issuers and obligated persons may also deem the requirement to publicly disclose otherwise private transactions adverse to their business interests. Currently, for example, an issuer or obligated person may negotiate different covenants and different covenant levels with different private lenders, without each lender necessarily having access to the covenants of the other lenders.  If the amendments require the issuer or obligated person to disclose on EMMA the coverage, days cash on hand, interest rates and other material terms of its private loan arrangements, the result over time may be for each new lender to require, in effect, most favored nation status with covenants and other terms at least as tough as the toughest terms previously agreed to by the applicable issuer or obligated group.  Reasonable minds may disagree on whether that should “come with the territory” when an issuer chooses to access the public municipal market, but to date such public disclosure of the details of private transactions has not been required.

The second new event notice, for the occurrence of a default, event of acceleration, termination event, modification of terms, or other similar events under the terms of a financial obligation of the issuer or obligated person, presents a different judgment call for issuers and obligated persons, as such disclosure is only required if the event “reflects financial difficulties.” Some of the examples cited in the release for subsequent events include monetary or covenant defaults that might result in acceleration of the debt, swap events, such as rating downgrades, which might require the posting of collateral or the payment of a termination payment and changes to the contract rights of the counterparties to financial obligations. Again, it is unlikely that entities subject to such requirements would expend much legal capital on parsing through whether a swap termination event, or even an amendment of loan documents, “reflects financial difficulties”, and the tendency is likely to be towards overdisclosure.

There are additional ambiguities in the proposed amendments. According to the accompanying release, the amendments will only be applicable to continuing disclosure agreements executed after the amendments are finalized, but it is unclear, for example, whether an issuer or obligated person that executes a continuing disclosure agreement governed by the amended Rule will be required to disclose all previously incurred material “financial obligations”, or whether only “financial obligations” incurred following the execution of such an agreement will be subject to such disclosure.  The accompanying release does indicate that the required notice of default, event of acceleration, termination event, modification of terms, or other similar events under the terms of a financial obligation which reflect financial difficulties would apply with respect to financial obligations previously incurred.

Unlike many of the existing events for which event notices are currently required under the Rule, which occur rarely, incurrence of financial obligations occurs regularly for many issuers and obligated persons. Accordingly, these amendments arguably would constitute the broadest expansion to date of the Rule’s continuing disclosure requirements. They are sure to generate many comments from affected parties before they are finalized. 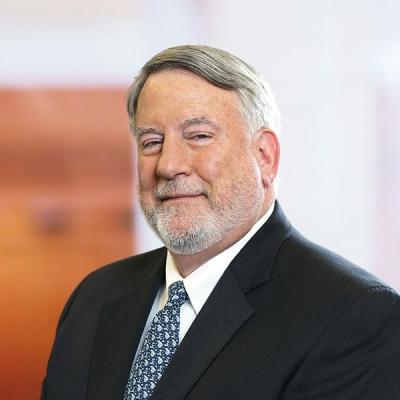