The Federal Trade Commission (the “FTC”) on Thursday released a long-awaited policy statement on its authority to police “unfair methods of competition in or affecting commerce.”[1] This authority—derived from Section 5 of the FTC Act—[2] is often referred to as the FTC’s “standalone authority” because under Supreme Court precedent dating back to the 1970s, Section 5 encompasses conduct outside the scope of the foundational federal antitrust laws: the Sherman and Clayton Acts. The FTC’s enforcement of its standalone authority has a checkered history; in recent years, the Commission has issued policy statements articulating guiding principles for how the agency would wield its power to determine what constitutes an “unfair” method of competition.[3]

The first such statement, issued in 2015, was rescinded by Chair Lina Khan in one of her first acts as Chair in July 2021. After signaling for the last 16 months that the FTC intends to reinvigorate use of its standalone authority to pursue conduct that “violates the spirit of the antitrust laws,”[4] the new 16-page policy statement, issued last week, makes clear that it supersedes “all prior FTC policy statements and advisory guidance on the scope and meaning of unfair methods of competition under Section 5 of the FTC Act.”[5]  It provides a reasonably detailed roadmap to where the current FTC majority wants to travel.

After a lengthy discussion of the legislative history of the FTC Act, the policy statement concludes that Congress intended the FTC’s standalone authority to enable the Commission to “proceed against a broader range of anticompetitive conduct than can be reached under the Clayton and Sherman Acts . . .”[6] Such conduct includes a non-exclusive list of what the FTC majority characterizes as (1) conduct that constitutes an incipient violation of the antitrust laws, including conduct by firms who have not gained full-fledged market or monopoly power or conduct that has the tendency to ripen into antitrust violations, and (2) conduct that violates the spirit of the antitrust laws, including “conduct that tends to cause potential harm similar to an antitrust violation, but that may or may not be covered by the literal language of the antitrust laws or that may or may not fall into a ‘gap’ in those laws.”[7]

The policy statement identifies “general principles” for identifying whether conduct is an unfair method of competition. First, the conduct must be a method of competition undertaken by an actor in the marketplace, instead of a mere condition of the marketplace such as high concentration. Second, the method of competition must be unfair, meaning conduct that goes beyond competition on the merits such as having superior products or services. The “two key criteria” for evaluating whether conduct goes beyond competition on the merits are (1) conduct that is coercive, exploitative, collusive, abusive, deceptive, predatory, or involves the use of economic power, and (2) the conduct must tend to negatively affect competitive conditions. Importantly, the policy statement makes clear that it will not use a traditional antitrust rule of reason analysis but instead will focus on halting conduct in its incipiency based on a tendency to harm competitive conditions.

The statement lists historical examples of conduct that does not fit squarely within the antitrust laws—which includes situations where most market participants and their antitrust counselors would have heretofore believed posed, at most, modest antitrust risk—but which is  now fair game under the policy statement:

Commissioner Christine Wilson issued a 20-page dissent, criticizing the majority’s policy statement as failing to issue meaningful guidance for businesses and instead giving the Commission “the authority summarily to condemn essentially any business conduct it finds distasteful.”[8] Commissioner Wilson further faulted the policy statement for eschewing the current rule-of-reason framework and consumer welfare standard in favor of “a framework that condemns conduct with little showing necessary to establish a prima facie case while also ruling out meaningful consideration of efficiencies and other benefits or justifications.”[9]

Historically, the FTC has been unsuccessful in bringing standalone cases against conduct that falls outside the scope of the Clayton and Sherman Acts. The new policy statement acknowledges these past litigation setbacks but finds comfort in its view that courts have still generally affirmed the FTC’s standalone authority even when finding against the FTC on factual grounds.[10] The new policy statement recommits the current Commission to aggressively assert its standalone authority. The broad policy statement sweeps broadly, and potentially creates entire new categories of conduct that may put businesses at investigatory and legal risk, although the courts have often been an effective check on the FTC when it seeks to expand its remit. It is likely, in our view, that this dynamic will play out again, but it will take years of activity, with significant costs and uncertainty, to get to that point.

If you have any questions about the conduct listed in the policy statement or any other antitrust concerns, please contact one of the individuals listed above or your Mintz attorney.

[1] Policy Statement Regarding the Scope of Unfair Methods of Competition Under Section 5 of the Federal Trade Commission Act, FTC (Nov. 10, 2022), available at: https://www.ftc.gov/system/files/ftc_gov/pdf/P221202Section5PolicyStatement.pdf.

[3] See Statement of Enforcement Principles Regarding “Unfair Methods of Competition” Under Section 5 of the FTC Act, Federal Trade Commission (Aug. 13, 2015), available at: https://www.ftc.gov/system/files/documents/public_statements/735201/150813section5enforcement.pdf.

[4] Policy Statement Regarding the Scope of Unfair Methods of Competition, supra note 1.

[8] Dissenting Statement of Commissioner Christine S. Wilson Regarding the “Policy Statement Regarding the Scope of Unfair Methods of Competition Under Section 5 of the Federal Trade Commission Act,” FTC (Nov. 10, 2022), available at: https://www.ftc.gov/system/files/ftc_gov/pdf/P221202Section5PolicyWilsonDissentStmt.pdf.

[10] Policy Statement Regarding the Scope of Unfair Methods of Competition, supra note 1, at 7. 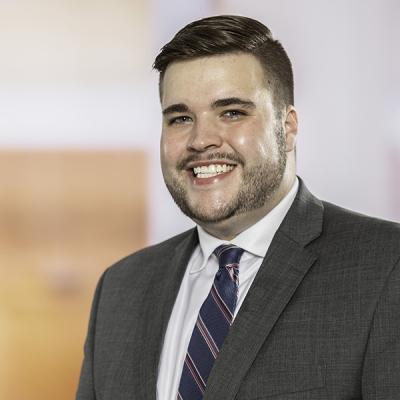