On June 24, 2021, the Food and Drug Administration (FDA) issued the long-awaited Remanufacturing of Medical Devices Draft Guidance (Draft Remanufacturing Guidance), which describes the agency’s current thinking on activities that meet the definition of remanufacturing and a process for determining whether an act done to an original equipment manufacturer’s (OEM’s) legally marketed finished device is considered remanufacturing.

The Draft Remanufacturing Guidance is the culmination of a process that began in 2016, when FDA opened a docket for public comment and held a public workshop to solicit opinions on quality, safety, and continued effectiveness of medical devices that have been subject to refurbishing, reconditioning, rebuilding, remarketing, remanufacturing, and servicing. Subsequently, the Food and Drug Administration Reauthorization Act of 2017 (FDARA) required FDA to publish a report on the continued quality, safety, and effectiveness of medical devices with respect to servicing, which led to FDA’s May 15, 2018 Report to Congress. The report concluded that “a majority of the comments, complaints, and adverse event reports received by [FDA] that referred to inadequate ‘servicing’ causing or contributing to adverse events and deaths actually pertained to ‘remanufacturing.’” FDA then issued a white paper and held a public workshop in December 2018 to obtain input on the differences between “remanufacturing” and “servicing.”

As we detailed in a previous post, medical devices are designed and manufactured by OEMs under highly regulated processes and requirements imposed by FDA. Once a medical device is sold, the consumer may choose to have the device serviced by the OEM or a third-party device servicer. Non-OEM entities performing servicing activities on legally marketed medical devices are not currently subject to FDA regulations, including the Quality System Regulation and medical device reporting regulations. However, entities performing activities that constitute remanufacturing are subject to the same regulatory requirements as an OEM.

Overview of the Contents of the Draft Remanufacturing Guidance

The Draft Remanufacturing Guidance also includes a flowchart to help entities determine whether activities involving legally marketed medical devices are “remanufacturing.” The flowchart is similar to the one FDA proposed in its December 2018 white paper with minor changes. The revised flowchart explicitly notes that it should be used only after an entity determines that there is no significant change to intended use or sterilization methods, reprocessing instructions, control mechanism, operating principle, or energy type of the legally marketed device (all changes that would require submission of a new 510(k) under FDA’s long-standing guidance, Deciding When to Submit a 510(k) for a Change to an Existing Device). Such changes, by triggering the requirement for a new 510(k), also generally would constitute remanufacturing under the FDA’s current approach. Importantly, the draft guidance states that, with few exceptions, any third-party change to device software is considered remanufacturing.

The new Draft Remanufacturing Guidance includes two other interesting items of particular note. First, FDA describes recommended forms of documentation that servicing and remanufacturing entities should use to record activities on legally marketed medical devices. Second, FDA encourages OEMs to provide certain information on “how to adequately return a device to its performance and safety specifications” as part of their original device labeling. These recommendations by FDA would presumably help servicing and remanufacturing activities conducted by ISOs become more consistent, safe, and traceable. Importantly, however, there are currently no federal regulatory requirements for ISOs to create specific documentation or records, nor for OEMs to provide servicing information in device labeling.

Although the Draft Remanufacturing Guidance, in its current form, appears to be a step in the right direction in terms of helping entities identify when they are performing remanufacturing activities (and thus are subject to FDA regulatory requirements applicable to device manufacturers), the draft guidance does not provide a clear process for such determinations. For instance, only two vague conclusions can result from FDA’s proposed flowchart—“Likely Remanufacturing” and “Likely Not Remanufacturing”—which are inadequate to guide third-party servicing entities regarding their regulatory obligations. The flowchart does not result in a determination that an activity IS or IS NOT remanufacturing and provides ample leeway for entities to simply ignore the result or fabricate a justification for why an activity is not remanufacturing.

Furthermore, the flowchart does not demonstrate the formal investigation and risk-based determination process that should be used to analyze the regulatory implications of each activity involving a legally marketed device but simply asks the ultimate question, “Is there a significant change to device performance or safety specifications?” which is the core requirement for an activity to be remanufacturing. Realistically, each entity that makes such a determination should be capable of performing a risk-based engineering evaluation of the device and the proposed activity, which requires an adequate quality management system and experienced engineers, things that a small, unsophisticated ISO is unlikely to have. From this perspective, a more detailed flowchart showing the essential engineering inquiries in a stepwise fashion and including clear decision points that lead to determinations of “Remanufacturing” or “Not Remanufacturing” (similar to the flowcharts provided in Deciding When to Submit a 510(k) for a Change to an Existing Device) is needed to provide proper guidance to the broad range of servicing industry stakeholders.

The goal of the Draft Remanufacturing Guidance is presumably to educate the device servicing industry about the vague boundary between device servicing (a relatively unregulated activity) and remanufacturing (a highly regulated activity). The current draft guidance is merely a long-winded version of the definition of “remanufacturing” with some fairly general examples attached, when what is actually needed is an interpretation of the definition that can serve as a basic engineering change control process template for entities that have not implemented quality management systems. We look forward to seeing how FDA modifies the draft guidance in response to public comments.

FDA is soliciting public comments on the Draft Remanufacturing Guidance via Docket FDA-2018-N-3741 until August 23, 2021. We encourage all device industry stakeholders to submit their recommendations and insights on the process outlined in the draft guidance and to share with FDA additional examples involving specific devices or device types.

How Much Control Do Device Manufacturers Have Over Servicing? 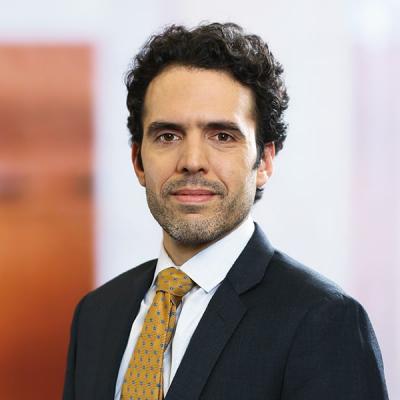 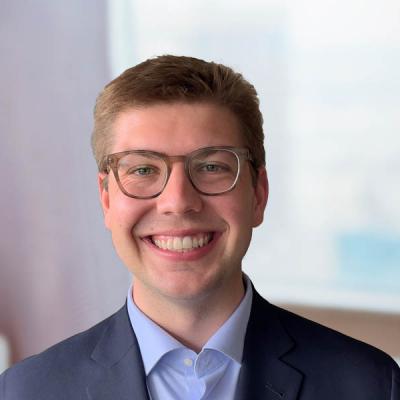 Cody Keetch is an Associate at Mintz who focuses his practice on health care transactions and advises health care organizations on regulatory, compliance, and governance matters. He also represents clients in the technology and life sciences industries.