The transactive energy grid is slowly changing in the United States as electrical generation and transmission move from the traditional hub-and-spoke model to a distributed energy system. Blockchain technology has the potential to facilitate the integration of distributed grid systems, which require ways to settle transactions and connect each of the various energy sources. As these systems scale, blockchains can securely settle these transactions and link the disparate sources in one central system. The current method of regulation in many places is not structured to incentivize incorporation of new technology quickly. This static system rewards certain actors and penalizes others. Particularly, in Massachusetts, municipal light plants tend to be old systems without capital to upgrade to the newest technology. Adapting the current structure of regulation to allow for regulatory sandboxes may solve this undercapitalization issue.

The Massachusetts Comprehensive Energy Plan, published by the Massachusetts Department of Energy Resources (DOER) in December 2018, examines the current energy market and policies in Massachusetts, models the future energy market and presents policy priorities and strategies based on current policies and predictions about the future. Two key take-aways of the plan are particularly pertinent to the discussion here. First, the plan explains that the Commonwealth’s grid will face increased load from the electrification of the transportation and thermal sectors, specifically from the charging of energy storage and electric vehicles. Second, the plan warns of the evergreen issue of higher rates during times of peak demand. Coupled together, increased load compounds the magnitude of higher rates during times of peak demand.

To combat these and other issues, the plan lays out a slew of policy priorities and strategies. Among them are calls to: (1) consider policies to support distributed resources to continue lowering costs while providing benefits to ratepayers; (2) promote cost effective microgrids to provide greater overall grid resiliency and reduce transmission and distribution costs from building out the grid to meet new demand; and (3) review existing and possible new policies to support new technologies that can align supply and demand and provide grid flexibility. Often times, blockchain technology is seen as a solution in search of a problem. In this instance, distributed grid systems that incorporate blockchain technology present an immediate solution to an already identified problem. While the solution works in theory, the regulatory structure in the Commonwealth is such that utilities are not likely to invest in it without being incentivized.

Utilities and regulators are primarily concerned with the stability of the grid and keeping costs low for ratepayers, and these actors are therefore reluctant to experiment with new technologies. Additionally, utilities are hampered by the fact that they function as regulated monopolies. The Illinois Chamber of Commerce has recognized this issue and advocated for the creation of a regulatory sandbox to allow greater experimentation. Brien Sheahan, Chairman and CEO of the Illinois Commerce Commission, and Jimmie Zhang, a legal and policy advisor to Chairman Sheahan, explained that utilities, as regulated monopolies, earn a return on their capital investments based on rates that regulators set. Restrictions from these regulations force utilities to prove that the benefits of investments outweigh their costs with limited to no room for risk or trial and error. As a result, utilities typically spend 1% or much less of their revenue on research and development each year and “until recently, utilities were not incentivized to change or innovate because steadily growing demand (load) justified large investments in traditional infrastructure that earned reliable annual returns.” The problem identified in Illinois is similar to that in Massachusetts.

In Massachusetts, utilities are either investor-owned utilities (IOUs) or municipal light plant (MLPs). Private shareholders own IOUs while municipalities own MLPs, and typically, MLPs are older and less environmentally friendly than IOUs. The age, in large part, is due to lack of capital investment. Currently, MLPs provide electric service to all or part of 50 of the state’s 351 municipalities. One of the primary benefits of MLPs is that they are able to develop and own their own energy generation systems. Still, MLPs function as regulated monopolies. They are subject to the charge and control of MLP Commissioners in accordance with Massachusetts General Law c. 14, § 55, and the rates that MLPs charge are subject to G.L. c.164, § 58, which states that rates “shall be fixed to yield not more than eight per cent per annum on the cost of the plant.” The fixed rates keep costs low for customers but naturally limit the total capital that MLPs have to invest in new technology.

In addition, MLPs are relatively small compared to IOUs and are unable to achieve the same economies of scale. This issue coupled with regulation-required fixed rates leaves them needing capital should they want to invest in new technology. To solve this issue, MLPs have come up with several solutions. MLPs can join the Municipal Wholesale Electric Company, a non-profit public corporation and political subdivision of Massachusetts that offers financings that have lower costs than MLPs could achieve on their own. However, much of this funding comes through debt instruments, particularly revenue bonds. MLPs have also been able to upgrade their old infrastructure through federal funding. For example, the Marblehead Municipal Electric Light Department received a $1.3 million grant to invest in smart meters as part of the American Recovery and Reinvestment Act. These efforts underscore the need for capital to invest in new technology for MLPs. But, revenue bonds are politically challenging and massive federal stimulus packages like the ARRA are not reliably predictable sources of funds.

MLPs face a conundrum. The current environment in Massachusetts leaves MLPs without reliable access to funding to upgrade their infrastructure. If they are to align with DOER’s policy priorities and strategies and pass on the benefits of distributed grid systems to their ratepayers, like IOUs are theoretically able to do, something needs to change. Public money to invest in infrastructure upgrades is less forthcoming than private funding. Incentivizing private companies to work with MLPs and giving MLPs the ability to invest more capital would allow MLPs to upgrade their infrastructure. A prime opportunity, in the form of a regulatory sandbox, exists to solve the problem of undercapitalization and to align MLPs with DOER’s policy priorities and strategies.

A regulatory sandbox would allow private companies to invest in new technologies to the benefit of MLPs. Regulatory sandboxes, originally used in the financial industry, are places where businesses can experiment with new business models without the regulatory consequences that they would have to deal with in normal circumstances. In this instance, that would mean allowing MLPs to work with private companies focused on blockchain and distributed grid systems. While nothing currently stops MLPs from working with these companies, and, in fact, G.L. c.164, § 47C explicitly states that MLPs through municipal light plant cooperatives have the power to contract with private agencies and corporations, the process of doing so can be unduly burdensome for MLPs. They are subject to G.L. c.164, § 57, which dictates how MLPs can expend their income. This means that MLPs lack flexibility to spend their limited incomes in innovative ways. A regulatory sandbox would allow private companies, MLPs, and regulators to work together to come up with new solutions while avoiding the costs of litigation to challenge regulations and the costs associated with meeting regulatory requirements. Regulatory sandboxes in the Commonwealth would provide safe spaces for companies to prove and develop blockchain solutions and give MLPs the capacity to vault into the cutting edge. 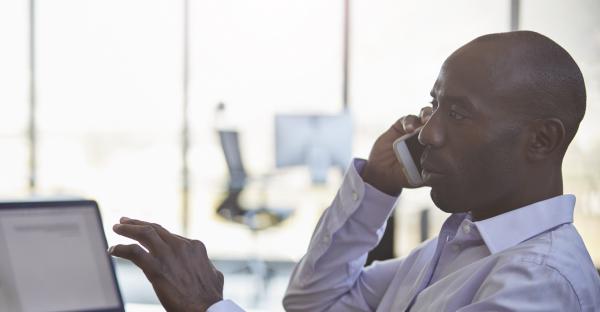