On January 6, 2021, the IRS issued T.D. 9944 (the “Final Regulations”), which finalizes the proposed regulations under section 45Q (the “Proposed Regulations”) that were issued in REG-112339-19 on May 28, 2020 and discussed in an earlier post. This article summarizes the key ways in which the Final Regulations differ from their predecessor.

The Final Regulations adopt a similar approach for determining whether a facility has satisfied the annual carbon oxide capture thresholds necessary for a facility to constitute a “qualified facility” under section 45Q(d),[3] observing that such an approach “promotes uniformity of applicable for both the beginning of construction requirement and the minimum capture requirements of section 45Q(d).”[4]

The Final Regulations conform to Notice 2020-12 and analogous ITC/PTC guidance by stating explicitly that a contractual provision that limits damages to an amount equal to at least 5% of the total contract price will not be treated as limiting damages to a specified amount, and by incorporating the principles of Treas. Reg. § 1.168(k)-1(b)(4)(ii)(A)-(D).[7] Existing contracts that do not meet such criteria by the time the Final Regulations are finalized in the Federal Register are given 180 days to conform.[8]

The Final Regulations also clarify that a taxpayer may enter into a binding written contract for a general contractor to physically carry out the capture, disposal, injection or utilization of qualified carbon oxide, so long as the general contractor’s contract with the subcontractor meets the requirements for a “binding written contract” in Treas. Reg. § 1.45Q-1(h)(2)[9]—although such subcontractor may not claim the section 45Q credit pursuant to an election made under section 45Q(f)(3) to pass the credit to a person that disposes of, utilizes, or injects the qualified carbon oxide.[10]

In addition to defining the unit of property to which the 80/20 Rule is applied, the Final Regulations add that the general principles of Rev. Rul. 94-31 apply—an enigmatic statement, as it is unclear what meaningful principles Rev. Rul. 94-31 contains other than the 80/20 Rule and the definition of a unit of property, which are already explicitly defined in the Final Regulations on their own terms. Interestingly, the Preamble confirms that the numerator representing “cost of new” in the 80/20 Rule must be attributable to the cost of brand new property that has never been used before and states that this approach is consistent with the existing position for the section 45 PTC, which is “akin to the section 45Q credit.” Finally, the Final Regulations clarify that while the cost of new equipment for a pipeline can be counted in the “cost of new,” the cost of equipment used to repair an existing pipeline cannot.[20]

In addition to their clarification of the broadly applicable concepts discussed above, the Final Regulations also address certain topics that are specific to carbon capture:

In transposing key concepts from the ITC and the PTC, the drafters of the Final Regulations have generally opted for as much consistency as possible. This approach is evident in the Final Regulations’ definition of “binding written contract,” which eliminated some discrepancies between the Proposed Regulations and the analogous guidance in the beginning of construction rules for ITC and PTC projects,[35] as well as in the approach to treating multiple facilities as a single facility for multiple purposes, the revised functionality-based definition of “carbon capture equipment,” and the clarifications to the 80/20 Rule. While most of these issues are explicitly addressed in the ITC and PTC guidance, and thus are not of great practical importance to taxpayers claiming the ITC and the PTC, it should be observed that the Final Regulations and the Preamble thereto contain detailed guidance on certain aspects of the 80/20 Rule that are not explicitly set forth in any ITC or PTC guidance. None of this guidance is obviously inconsistent with the market’s existing interpretation of the 80/20 Rule for purposes of determining whether an ITC or PTC project has been successfully repowered, but the very fact that the IRS has provided a substantial amount of explicit guidance on the subtleties of the 80/20 Rule—which was previously addressed principally by Rev. Rul. 94-31 and a small amount of unpublished guidance—is a positive development. 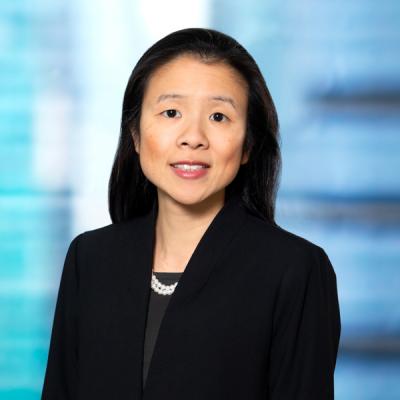 Judy Kwok is a lawyer in the Mintz Tax Practice who focuses on transactions in the energy and sustainability industry, including tax-sensitive structures for renewable energy investments in the project finance space. In addition to advising on tax issues relating to partnerships, depreciation, and energy credit qualification, she has broad experience in mergers and acquisitions, cross-border transactions, and other commercial deals.