The U.S. Food and Drug Administration (FDA), industry, policymakers, and consumers share a common goal of ensuring that the foods and beverages Americans eat and drink are safe, and the law has long prohibited the adulteration of a food that “contains any poisonous or deleterious substance which may render it injurious to health.” As science and technology advance, so too does our collective understanding of what that famous statutory phrase from the Food, Drug, and Cosmetic Act should mean. Accordingly, FDA’s mission in overseeing the safety of the food supply is constantly subject to change. One excellent example of that is playing out in real time, because due to enhanced methods of detecting toxic elements in food, consumer interest groups and Congress have raised questions about FDA’s apparent lack of interest in looking for potential contaminants in our foods (even as available data show that the levels of some metals, like lead, have been in a general decline in the food supply as manufacturing also becomes more sophisticated and controlled and industry invests in better detection methods in the advancement of the shared goal of food safety).

So although it’s not top of mind for many of us, there are in fact toxic elements in the foods we grow and eat.  They may come from the air, soil, water, or manufacturing processes used to produce a crop and, depending on the type of plant, the levels of elemental toxins absorbed may vary.  Young children and babies are more vulnerable to consuming toxic elements than adults because of their smaller bodies and metabolism.

Partially in response to recent criticisms of its work in this space, on April 8, 2021, the FDA announced the Closer to Zero action plan (Action Plan), setting forth actions the agency will take to reduce arsenic, lead, cadmium, and mercury levels in foods eaten by babies and young children to as close to zero as possible.  FDA’s announcement emphasized to consumers that: “FDA testing shows that children are not at an immediate health risk from exposure to toxic elements in foods” and “[t]he FDA routinely monitors levels of toxic elements in food. If we find that they pose a health risk, we take steps to remove those foods from the market.” Nonetheless, the newly released Action Plan will set specific measurable standards to help guide future enforcement action and compliance programming.

Summary of the Action Plan

The Closer to Zero Action Plan sets forth a tiered, scientific approach involving (1) evaluation of the scientific data, possibly through workshops, scientific meetings, and collaboration with federal partners; (2) proposing action levels - which are the levels of contamination at which foods may be regarded as injurious to human health; (3) consulting with stakeholders to assess the feasibility of its targets and best practices to achieve them; and (4) finalizing action levels for each toxic element.  All the while, FDA will engage in ongoing monitoring and research to assess progress and amass additional scientific data related to each toxic element.  It also plans to complete and publish FDA’s sampling assignment for baby foods.  Finally, during the three phases and biennially thereafter, FDA will publish Total Diet Study results and exposure assessments to toxic elements for children.

The first phase (April 2021 – April 2022) of the Action Plan focuses on lead because of the relative prevalence of data related to that element as compared to arsenic, cadmium, and mercury.  FDA has already proposed a maximum daily intake amount for lead from food, referred to as an interim reference level, which is  3 micrograms/kilogram (µg/kg) for children, and 12.5 µg/kg for adults.  In phase one of the Action Plan, FDA will propose action levels for lead and consult with stakeholders to assess feasibility and best practices for lead.  FDA will also evaluate and gather data for arsenic.

In phase two (April 2022 – April 2024), FDA will finalize action levels for lead and propose draft action levels for arsenic.   Its evaluation effort will focus on amassing data related to cadmium and mercury.

FDA will embark on phase 3 beginning in April 2024.  It will assess progress on reducing lead in foods and the feasibility of lowering levels even more.  The agency anticipates proposing draft action levels for cadmium and mercury in consultation with stakeholders and will finalize action levels for arsenic.

One overarching public health goal is articulated by the agency in the Action Plan and will be something that all stakeholders should hold FDA accountable so that the benefits of this laudable science-driven and stepwise regulatory program are shared by all Americans: “It is crucial to ensure that measures taken to limit toxic elements in foods do not have unintended consequences – like eliminating from the marketplace foods that have significant nutritional benefits or reducing the presence of one toxic element while increasing another.”

FDA’s most recent action in this area is not unexpected, based on several recent high-profile reports critical of the agency’s enforcement activities related to potentially contaminated food products, as well as ongoing litigation stemming from the same.  In 2018, Consumer Reports conducted testing in which it alleged that “two-thirds of 50 nationally distributed foods tested had worrisome levels of at least one type of heavy metal.” Then, on February 4, 2021, the House Subcommittee on Economic and Consumer Policy published a report claiming that baby food products contain “dangerous levels of toxic heavy metals” which it said could cause harm to babies and children, specifically regarding their cognitive development. The report has spurned on dozens of lawsuits alleging that baby foods had high levels of heavy metals. For example, only a few days after the report was released, a class action complaint was filed against Gerber Products Company (Gerber) in the New Jersey District Court alleging that Gerber’s products contained heavy metals. And as recently as March 10, 2021, a group of consumers accusing baby food manufacturers of selling products with heavy metals, requested that the Judicial Panel on Multidistrict Litigation consolidate more than 40 similar lawsuits in New York federal court.

FDA originally announced its work on what was released as the Closer to Zero Action Plan on March 5, 2021 stating that it “takes exposure to toxic elements, such as arsenic, mercury, cadmium and lead, in the food supply extremely seriously, especially when it comes to protecting the health and safety of the youngest and most vulnerable in the population.” FDA’s announcement indicated it intended to address the following areas:

In addition, FDA issued a public letter to industry, reminding manufacturers of these types of foods of their existing responsibilities and requesting their support in further improving the data available in relation to these efforts. The agency also highlighted a significant enforcement action, involving federal prosecution and a permanent injunction, that it finalized against a juice processor in January 2021 for selling products that contained inorganic arsenic and patulin toxic elements at levels that pose health risks to consumers (even after repeated warnings from FDA). It seems clear that bad actors who fail to ensure that their products are not adulterated before shipping them to consumers will no longer be tolerated by the agency and its enforcement partners at the Department of Justice.

FDA’s new Action Plan signals increased enforcement efforts from the agency and its federal and state partners that all food manufacturers should be aware of, not only those in the baby and toddler food industry more narrowly. At the same time, however, the Action Plan may also have the unintended side effect of reducing frivolous lawsuits by plaintiffs’ lawyers and consumers who take the position that our food system should be safer and that the only acceptable level of any elemental impurities in foods is zero.

Generally behind on the state of public’s awareness and educational needs on most things, FDA is finally catching up to the important regulatory and industry benefits to having evidence-based, specific action levels recommended for each of the most concerning toxic elements.  This approach will offer a measurable benchmark that all stakeholders should be able to have confidence in. The future regulatory landscape as the Action Plan is implemented should also provide more certainty for manufacturers by allowing them to tailor their existing compliance programs to meet or exceed the FDA’s set action levels and potentially to use compliance as an affirmative defense in false advertising or defective product lawsuits filed against them. 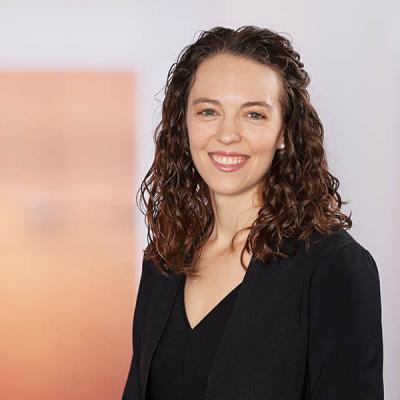