For over a decade, the antitrust enforcers at the Federal Trade Commission have challenged the type of patent settlement where a brand-name drug manufacturer pays a prospective generic manufacturer to settle patent challenges, and the generic manufacturer agrees not to bring its generic to market for a specified number of years. The lower federal courts have over the years rejected the challenges. However, on June 17, 2013, the Supreme Court addressed the issue in Federal Trade Commission v. Actavis, and in a 5-3 decision held that such settlements are subject to rule of reason antitrust scrutiny. However, beyond that conclusion, the Court left the questions of how to structure and resolve the rule of reason issue to the lower courts and future cases.

As Justice Breyer’s majority opinion summarized the issue and its holding:

Company A sues Company B for patent infringement. The two companies settle under terms that require (1) Company B, the claimed infringer, not to produce the patented product until the patent’s term expires, and (2) Company A, the patentee, to pay B many millions of dollars. Because the settlement requires the patentee to pay the alleged infringer, rather than the other way around, this kind of settlement agreement is often called a ‘reverse payment’ settlement agreement. And the basic question here is whether such an agreement can sometimes unreasonably diminish competition in violation of the antitrust laws.

In this case, the Eleventh Circuit dismissed a Federal Trade Commission (FTC) complaint claiming that a particular reverse payment settlement agreement violated the antitrust laws. In doing so, the Circuit stated that a reverse payment settlement agreement generally is ‘immune from antitrust attack so long as its anticompetitive effects fall within the scope of the exclusionary potential of the patent.’ And since the alleged infringer’s promise not to enter the patentee’s market expired before the patent’s term ended, the Circuit found the agreement legal and dismissed the FTC complaint. In our view, however, reverse payment settlement such as the agreement alleged in the complaint before us can sometimes violate the antitrust laws. We consequently hold that the Eleventh Circuit should have allowed the FTC’s lawsuit to proceed. (Citations omitted.)

The Court reasoned that even if the settlement agreement’s anticompetitive effects fall within the scope of the exclusionary potential of the patent, that fact or characterization cannot immunize the agreement from antitrust attack. Justice Breyer found that “it would be incongruous to determine antitrust legality by measuring the settlement’s anticompetitive effects solely against patent law policy, rather than by measuring them against procompetitive antitrust policies as well” and that “patent and antitrust policies are both relevant in determining the ‘scope of the patent monopoly’ — and consequently antitrust law immunity — that is conferred by a patent.”

Justice Breyer acknowledged that a conclusion of antitrust immunity would find some degree of support in a general legal policy favoring the settlement of dispute. However, he concludes that this factor should not “determine the result here” but is offset by five sets of considerations:

Second, these anticompetitive consequences will at least sometimes prove unjustified. To be sure, in some circumstances, the reverse payment may amount to no more than a rough approximation of the litigation expenses saved through the settlement, or compensation for other services the generic has promised to perform. In such circumstances, a patentee is not using its monopoly profits to avoid the risk of patent invalidation or a finding of no infringement. In the antitrust proceeding, the Court concludes, the patentee should have to show that such legitimate justifications are present.

Third, where a reverse payment threatens to inflict unjustified anticompetitive harm, the patentee likely possesses the power to bring that harm about.

Fourth, the majority believes that an antitrust action would be administratively feasible. The majority did not believe that it would be necessary to litigate patent validity to normally answer the antitrust question — an unexplained large reverse payment itself would normally suggest that the patentee has serious doubts about the patent’s survival. “In a word, the size of the unexplained reverse payment can provide a workable surrogate for a patent’s weakness, all without forcing a court to conduct a detailed exploration of the validity of the patent itself.”

Fifth, the fact that a large, unjustified reverse payment risks antitrust liability does not prevent litigating parties from settling in some other way, without the potential to maintain and share patent-generated monopoly profits.

The FTC advocated that the Court adopt a rule that reverse payments are “presumptively unlawful” and that they be analyzed under a “quick look” approach, requiring the patentee to show empirical evidence of procompetitive effects. The Court rejected this position, instead instructing the issue undergo a full rule of reason analysis. In doing so, it left to the lower court the structuring of this and other rule of reason antitrust litigation on the issue.

In practical terms, the decision leaves many difficult issues to be grappled with, and the majority’s apparent confidence that the antitrust question is answerable without getting into the patent issues themselves may prove more aspirational than practical. Chief Justice Roberts’s dissent exposes one flaw:

The majority seems to think that even if the patent is valid, a patent holder violates the antitrust laws merely because the settlement took away some chance that his patent would be declared invalid by a court. …This is flawed for several reasons.

First, a patent is either valid or invalid. The parties of course don’t know the answer with certainty at the outset of litigation; hence the litigation. But the same is true of any hard legal question that is yet to be adjudicated. Just because people don’t know the answer doesn’t mean that there is no answer until a court declares one. Yet the majority would impose antitrust liability based on the parties’ subjective uncertainty about that legal conclusion.

The Court does so on the assumption that offering a ‘large’ sum is reliable evidence that the patent holder has serious doubts about the patent. Not true. A patent holder may be 95% sure about the validity of its patent, but particularly risk averse or litigation averse, and willing to pay a good deal of money to rid itself of the 5% chance of a finding of invalidity. What is actually motivating a patent holder is apparently a question district courts will have to resolve on a case-by-case basis. The task of trying to discern whether a patent holder is motivated by uncertainty about its patent, or other legitimate factors like risk aversion, will be made all the more difficult by the fact that much of the evidence about the party’s motivation may be embedded in legal advice from its attorney, which would presumably be shielded from discovery.

The FTC has hailed the decision:

The Supreme Court’s decision is a significant victory for American consumers, American taxpayers, and free markets. The Court has made it clear that [reverse payment] agreements between brand and generic drug companies are subject to antitrust scrutiny, and it has rejected the attempt by branded and generic companies to effectively immunize these agreements from the antitrust laws. With this finding, the Court has taken a big step toward addressing a problem that has cost Americans $3.5 billion a year in higher drug prices.

The FTC’s “victory lap” is probably premature. To be sure, we now know that blanket antitrust immunity for reverse payment settlements does not exist. However, everything else remains up for grabs. Until there are additional decisions grappling with the actual issue of liability issued, and reviewed, the extent and circumstances of antitrust liability is unclear. The risk-averse patent holder to whom Justice Roberts alluded might well be motivated to avoid utilizing reverse payments in structuring settlements in the future. In addition, the Competition Office of the European Union actively continues to examine reverse payments settlements, and there have been renewed calls for federal legislation banning such settlements. 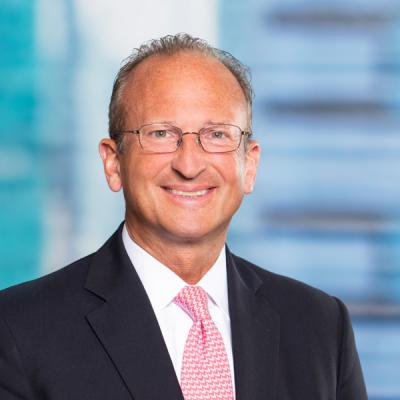