On April 7, 2020, Judge Leonard P. Stark of the District Court of Delaware denied the Department of Justice’s (DOJ) challenge under the Clayton Act of Sabre Corp.’s $360 million acquisition of Farelogix Inc. The DOJ filed its suit on August 20, 2019, alleging that the acquisition would substantially lessen competition in the markets for booking airline tickets through travel agencies, resulting in higher prices for airlines and, ultimately, consumers. The court’s ruling comes after an eight-day bench trial in January and February 2020. This decision is significant because it is the first application of the Supreme Court’s holding in Ohio v. American Express examining two-sided platforms in the evaluation of a horizontal merger case.

Just two days after the decision, on April 9, 2020, the United Kingdom’s Competition and Markets authority blocked the acquisition, citing concerns to innovation and the potential for higher prices for passengers booking flights through travel agents. Update: On May 1, 2020, Sabre and Farelogix agreed to terminate the parties’ merger agreement, which expired on April 31, 2020, as a result of the CMA’s decision. Irrespective of the termination of the merger, this holding is one to be considered and discussed for quite some time.

Sabre is a technology provider to the global travel industry and operates a global distribution system (“GDS”). A GDS is a platform for the indirect sale of airline bookings through travel agencies, which account for approximately 40% of the sale of airline bookings today. GDSs create an airline’s initial ticket offer for a flight, then aggregate offers from multiple airlines for travel agents to compare options, and finally enable airlines to deliver the offer to travel agents and process the resulting booking. Sabre operates the leading GDS, with main competitors Amadeus and Travelport. Historically, half of all airline bookings made through travel agents in the United States are made using Sabre’s GDS.

Farelogix is a technology provider to airlines that offers an alternative booking services solution to a GDS. Farelogix provides an application called Open Connect (“FLX OC”) that enables airlines to connect directly with travel agents for distributing offers for tickets, boarding or seat upgrades, in-flight WiFi, and lounge access. Additionally, FLX OC allows airlines to make a more personalized range of travel offers to travelers booking through travel agencies, such as bundled deals for travelers making frequent repeat trips. Airlines using Farelogix’s FLX OC control the content of their offers and can either send offers directly to travel agencies (“GDS bypass”) or distribute its offers to a GDS for aggregation and distribution to travel agencies (“GDS passthrough”). These options allow airlines to either avoid or lower costs from using a GDS.

Sabre announced its plans to purchase Farelogix for $360 million on November 14, 2018. On August 20, 2019, the DOJ sued to permanently enjoin the transaction in the District Court for the District of Delaware, alleging that the proposed acquisition violated Section 7 of the Clayton Act. According to the Complaint, the acquisition marked “a dominant firm’s attempt to eliminate a disruptive competitor,” which would likely lead to higher prices and reduced innovation.

Specifically, the DOJ argued that Farelogix’s FLX OC provided an alternative for airlines from using GDSs, and noted that airlines have successfully negotiated lower prices for Sabre’s GDS by threatening to switch to Farelogix’s FLX OC. The government argued that without competition from Farelogix, Sabre would have diminished incentives to continue offering competitive prices for its GDS, resulting in higher prices paid by airlines and, ultimately, consumers. The government also alleged that the acquisition would lessen innovation. For example, the evidence showed that Sabre had begun to adopt similar technology in response to the success of Farelogix’s FLX OC, and was poised to compete with Farelogix in the future. The DOJ, therefore, asserted that the acquisition would stifle innovation, limiting Sabre’s incentives to continue investment into its next-generation technology.

On April 7, 2020, Judge Stark issued an opinion and order rejecting the DOJ’s challenge of the merger. The holding is notable for its application of the Supreme Court’s decision in Ohio v. American Express. Judge Stark held that Sabre and Farelogix are not competitors as a matter of law because Sabre, as a two-sided platform providing the transaction between airlines and travel agencies, offers a completely different product than Farelogix, which only provides a service to airlines.

Sabre and Farelogix are Not Competitors

Judge Stark’s holding that Sabre and Farelogix are not competitors as a matter of law is likely to garner the most attention, and immediately drew a notice of appeal from the Antitrust Division. In so holding, Judge Stark, for the first time, applied the Supreme Court’s Holding in American Express,[1]  a Sherman Act Section 1 case, in a horizontal merger case.

As a reminder, American Express examined AmEx’s anti-steering provisions in contracts with merchants. The opinion is notable for its discussion of so-called “two-sided platforms,” a market mechanism where two distinct sets of customers rely on the platform as an intermediary through which those sets of customers interact. In the case of credit card transactions, American Express sold its platform to merchants on one side of the platform, and also to cardholders (consumers) on the other side. Without both the merchant’s and cardholder’s willingness to use or accept an American Express card, no transaction is possible.

In ruling that Sabre and Farelogix do not compete as a matter of law, Judge Stark applied the Supreme Court’s holding in AmEx that two-sided platforms supply only one product — the transaction that links both sides of the market — and thus can only compete with other two-sided platforms.

Importantly, Sabre was sued by US Airways in 2011 for violation of the Sherman Act, which resulted in a $15 million jury verdict against Sabre in 2016. In 2019, however, and based on the Supreme Court’s ruling in AmEx, the Second Circuit Court of Appeals overturned the jury verdict, remanding the case to the district court. In its opinion, the Second Circuit held that the district court had erred by permitting the jury to find as a matter of fact that the market was one-sided. Instead, the court held that “[i]n light of the subsequent Supreme Court opinion in AmEx II, that conclusion was erroneous because the Sabre GDS is a transaction platform, and the relevant market for such a platform must as a matter of law include both sides.”[2]

Judge Stark relied upon this 2019 opinion, holding that Sabre’s GDS is a two-sided transaction platform, with Sabre’s product being the transaction linking the airlines to the travel agencies. On the other hand, Judge Stark held that Farelogix is not a two-sided platform, because it only provides its services to airlines, not to travel agencies. As a result, the court held that Sabre and Farelogix do not compete as a matter of law, adding that the government must show that the acquisition would harm both sides of the two-sided market — here, the market for travel services to airlines and the market for travel services to travel agencies — to demonstrate harm sufficient to enjoin the merger.

The district court’s decision is the first application of AmEx — a case about vertical restraints involving two-sided transaction markets — to horizontal merger analysis. Notably, the court found that the companies were not competitors despite the court’s finding that “Sabre and Farelogix do view each other as competitors” and internal documents where each company identified the other as a “key” or “main” competitor. Indeed, the decision seems to conflict with the court’s own finding that after the merger, “Sabre will have the incentive to raise prices, reduces the availability of [Farelogix’s products], and stifle innovation.”

In fact, Sabre’s own prior conduct seems to have stifled Farelogix’s ability to maintain a two-sided platform. In 2005, Farelogix introduced an aggregation platform for travel agencies to manage content from both GDS and indirect connects, but both Sabre and Amadeus canceled their developer agreements with Farelogix in 2009, ceasing Farelogix’s ability to access GDS content, and thus to interface with travel agencies. Quizzically, while Sabre went through this exercise to stop Farelogix from competing with it through travel agencies, the companies were still considered to not be competitors as a matter of law.

On April 8, 2020, the DOJ filed a notice of appeal with the Third Circuit, stating it would seek to overturn the district court’s decision. Filing an appeal so quickly spoke to the Justice Department’s desire to challenge the acquisition, and likely its strong belief that Judge Stark’s application of American Express was legal error. However, following the parties’ termination of the merger agreement on May 1, 2020, the appeal of the district court decision will not be heard.

The district court opinion has drawn strong criticism from academics and legal commentators — if AmEx is adopted in the evaluation of horizontal mergers, two-sided platforms will have the opportunity to pursue business strategies and acquisitions that could harm consumers. The DOJ’s allegations, and the factual record, support the view that Farelogix’s products offered a significant competitive constraint on Sabre. Under normal circumstances, that’s enough for a Clayton Act violation.

We may see similar conduct down the road if courts continue to apply AmEx to horizontal merger cases. Should you have any questions about this decision, or any other antitrust or competition law question, please feel free to contact any of the attorneys listed above. 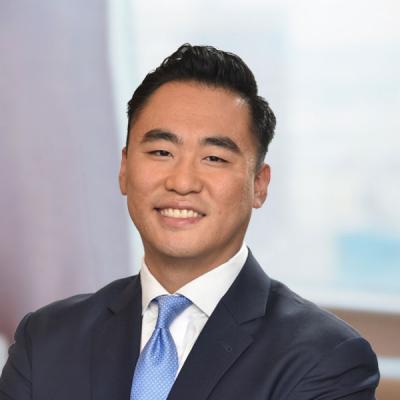