Article 56 EPC requires, and has required for many years now, that each invention must have an inventive step that is not obvious to a person skilled in the art within the specific field of technology. The EPO has consistently applied the inventive step requirement and AI and ML inventions are not treated differently. However, this requirement will remain the main hurdle for AI and ML patent applications. The EPO inventive step requirement is similar to the “inventive concept” requirement of the U.S. Patent & Trademark Office. While these are similar requirements, there are some major differences, and a proper filing strategy for AI and ML inventions can embrace the nuances of the major jurisdictions. A solid company strategy would be to coordinate applications across all jurisdictions (certainly across the major jurisdictions of the U.S., E.U., China, and Israel) to ensure an efficient and effective manner to create allowances.

(i) determining the “closest prior art,”

(ii) establishing the “objective technical problem” to be solved, and

(iii) considering whether or not the claimed invention, starting from the closest prior art and the objective technical problem, would have been obvious to the skilled person.”[3]

The second step in the problem-solution approach, identifying the problem solved by the claimed invention, will be critical to AI and ML inventions. At this step, it is critical to limit the analysis to problems within the specific field of technology, excluding problems in all other fields of human endeavor. After the problem has been carefully crafted under step two to solve a problem within a specific field of technology, we turn to step three where we show that the solution to the technical problem is non-obvious based on the could-would test[4]. Under the could-would test, we ask not whether the skilled person could have arrived at the invention by adapting or modifying the closest prior art, but whether he would have done so because the prior art incited him to do so in the hope of solving the objective technical problem. If the invention potentially solves other problems in other fields of technology, they are disregarded for the analysis. This hurdle is where most AI and ML applications will stumble and where the creativity of the practitioner comes into play. For example, a client contacts counsel regarding a potential patent application for an ML system that predicts demands for vaccines based on the frequency of internet search terms; the library of the search terms and their weighting factors are dynamically generated by the ML algorithm. Without any further advice provided by counsel, such an invention would quite clearly fail under Article 56 EPC. However, one may also take this as a starting point for creative counseling: Is it possible, for example, to integrate such an ML system into an automated vaccine production system, where a predicted increased demand results in a ramp-up of the manufacturing? Would a claim limited to such implementation still provide an attractive scope of protection, i.e. a commercially significant exclusivity? Based on such considerations, it is very often possible to create an AI or ML invention that eventually turns out to be patentable although it initially looked as if it would face a rejection under Article 56 EPC.

In practice, this means that no AI or ML patent application should be filed with the EPO that does not explain in detail how the claimed algorithm interacts with the physical infrastructure of the computer, network, or both. The claim language should reflect this interaction. If the claim language recites a sufficient hardware interaction, it is unlikely that the EPO will reject the application under Article 52 EPC. Accordingly, most Article 52 EPC rejections indicate an issue that potentially could have been avoided by proper drafting by the patent counsel.

In summary, EPO’s new guidelines on AI and ML applications show that these inventions are generally subject to patentability, provided that the specific invention makes a non-obvious contribution to the field of technology. Availability of patent protection for AI and ML inventions will often depend on the actual drafting of the patent specification and patent claims. A well-drafted application reflecting the details of EPO’s examination practice significantly increases the chances of obtaining a granted patent.

According to best global practice, a priority application should not only anticipate the EPO approach, but also serve as an optimized starting point for prosecuting the application before the major patent offices worldwide, most importantly before the IP5 Offices (USPTO, EPO, JPO, KIPO, and CNIPA [formerly SIPO]) as well as the Israel Patent Office. The approaches taken by the IP5 Offices vary considerably, so that drafting an optimized AI or ML application requires a well-connected team of international experts. Failure to coordinate efforts across jurisdictions can create inefficiencies and lead to disparate results. The Chinese, Japanese, and Korean patent offices take a relatively formalistic approach. Prosecution practice before the USPTO has to deal with reefs and shallows of the doctrine of Alice Corp. v. CLS Bank. Please see our forthcoming article on the details of an international best practice.

[4] ibid. “In the third stage the question to be answered is whether there is any teaching in the prior art as a whole that would (not simply could, but would) have prompted the skilled person, faced with the objective technical problem, to modify or adapt the closest prior art while taking account of that teaching, thereby arriving at something falling within the terms of the claims, and thus achieving what the invention achieves (see G-VII,4).“ 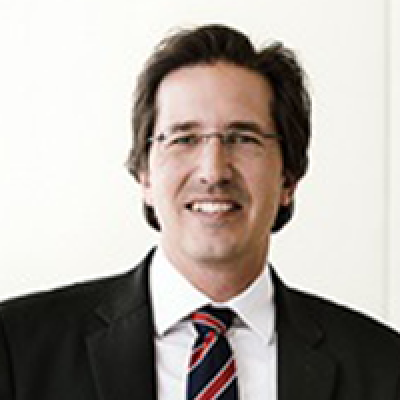 Ralph Nack is a partner of Noerr LLC, a German law firm with one of the country’s leading IP practices. Ralph is an expert on complex issues of patent law. He advises German and international clients primarily in patent litigation and in nullity and opposition proceedings. He is a leading international expert in patent monetisation (exploitation) and licensing. His practice focuses on the areas of electronics, telecommunications, mechanical engineering, and pharmaceuticals.

Ralph is a visiting lecturer in patent law at the University of Heidelberg.