On July 1, 2019, Administrative Law Judge (“ALJ”) Elliot of the U.S. International Trade Commission (“ITC”) issued a ruling indicating that it may be possible for complainants to rely on respondents’ products to satisfy the ITC’s domestic industry requirement in certain circumstances.  In his order granting a motion to compel by complainants, Ingevity Corp. and Ingevity South Carolina, LLC (“Ingevity”), ALJ Elliot ruled that the respondent’s domestic investments were discoverable because some of the respondent’s products “might conceivably be included” within Ingevity’s domestic industry.

On June 17, 2019, Ingevity moved to compel MAHLE to produce discovery related to certain domestic investments by MAHLE in the fuel vapor canisters which allegedly are implicitly licensed.  Ingevity does not manufacture actual fuel vapor canisters that practice the system claims of the ’844 patent, but instead manufactures and sells activated carbon products designed to be used in fuel canisters that practice the ’844 patent, such as certain activated carbon honeycombs and shaped carbon products.  Because the respondents refused to stipulate to domestic industry, Ingevity sought discovery to demonstrate that its customers, one of which being MAHLE, manufactured products that directly practiced the claims of the ’844 patent and that those customers had made domestic industry investments in such products.  MAHLE opposed.

In his order compelling MAHLE to produce the discovery, ALJ Elliot noted that 19 C.F.R. § 210.27(b), which governs discovery at the ITC, permits “information that would be inadmissible at the hearing [to be] discoverable if it appears reasonably calculated to lead to the discovery of admissible evidence.”  Ingevity asserted that MAHLE’s domestic investments into certain fuel vapor canisters were relevant to the investigation because MAHLE allegedly had an implied license to practice Ingevity’s patent for such canisters, and thus those canisters could be considered part of Ingevity’s domestic industry.  MAHLE responded that it was unprecedented for Ingevity to rely on domestic investments of an implied licensee or a respondent’s domestic investments for the purposes of domestic industry.

ALJ Elliot declined to rule on whether an implied license existed, as he determined the parties did not adequately brief the law.  However, ALJ Elliot concluded that Ingevity’s discovery requests were relevant following Commission precedent in Certain Magnetic Tape Cartridges and Components Thereof, Inv. No. 337-TA-1058 (“Magnetic Tape Cartridges”), which established that “the domestic industry inquiry is not only limited to the activities of the patent owner, but also involves activities of licensees.”  Although Magnetic Tape Cartridges involved an express, written license, ALJ Elliot reasoned that both express and implied licenses are a form of authorization, emphasizing that “an overarching principle of section 337 domestic industry is the identification of articles which practice or embody the claims of an asserted patent under authorization from the patent owner.”  He concluded by stating that complainant Ingevity’s “domestic industry theory based on MAHLE’s investments towards non-accused, authorized products is colorable.”

Although ALJ Elliot left the final say on this theory for the initial determination, and the Commission’s subsequent review, his ruling highlights an intriguing and “colorable” domestic industry theory for complainants to rely on in pursuing discovery of respondents’ domestic investments in non-accused, authorized products, including those with an implied license.

This case is important for respondents as well. Certain ITC observers have remarked that some recent ITC rulings have made it more difficult for Complainants to rely on third party licensees to satisfy the domestic industry requirement. In this context it is interesting that Respondent MAHLE, by raising an affirmative defense, may have inadvertently created a domestic industry against its own interest.

ITC ALJ McNamara in Apple-Qualcomm Investigation: Exclusion Orders Are Incentives to Design- Around 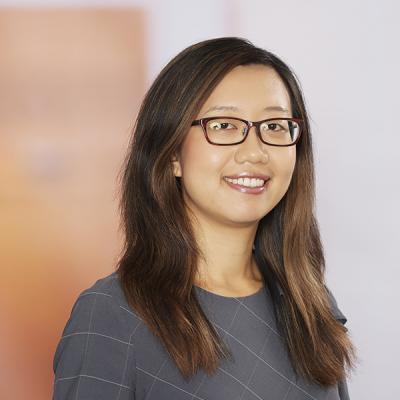