On April 27, 2020, the Supreme Court held that annotations to legislative text, even if created by a private contracted party, are not copyrightable materials under 17 U.S.C. §101. Invoking the government edicts doctrine, the Court made explicit the notion that all members of government involved in lawmaking, including state legislators, are barred from being “authors” for purposes of copyright protection.

In Georgia et al. v. Public.Resource.org, Inc., No. 18-1150, the Code Revision Commission (“Commission”), on behalf of the state of Georgia, had published its Official Code of Georgia Annotated (OCGA) with non-binding annotations drafted by Matthew Bender & Co., Inc., a division of Lexis Nexis Group.  The Commission had a work for hire agreement with Lexis Nexis under which the State of Georgia was deemed the author of the annotations.  Without permission, respondent Public.Resource.Org (“PRO”) published a digital copy of the OCGA online, allowing the public to download the text free of charge. The Commission sued PRO on behalf of Georgia and the state legislature, arguing that PRO had committed copyright infringement by publishing the annotations accompanying the statutory text in the OCGA. PRO argued that the OCGA, including the annotations, were part of the public domain. The District Court ruled in favor of the Commission and determined that the annotations were eligible for copyright protection; the Eleventh Circuit, however, reversed.

The Supreme Court affirmed the Eleventh Circuit’s judgment, and held that, pursuant to the government edicts doctrine, annotations to legislative work product are ineligible for copyright protection. Specifically, the Supreme Court stated that “legislators … may not be considered the ‘authors’ of the works they produce in the course of their official duties as judges and legislators … regardless of whether a given material carries the force of law.” Slip Op. at 5-6.  Further, because of “the Commission’s role as an adjunct to the legislature and the fact that the Commission authors the annotations in the course of its legislative responsibilities,” its annotations also fall within the government edicts doctrine, and thus are also not copyrightable. Id. at 11. In rejecting Georgia’s argument that the annotations lacked the force of law and therefore did not fall under the government edicts doctrine, the Court also noted that there was precedent for including similar materials under the doctrine, such as headnotes and syllabi produced by judges; “[t]he simplest explanation is … non-binding works are not copyrightable because of who creates them.” Id. at 15. The Court further cautioned that “[u]nder the logic of Georgia’s ‘force of law’ test, States would own such materials and could charge the public for access to them”; a potential result being that a state citizen reading an “economy-class version of the Georgia Code” would be only have access to the literal text of the law and might be unable to access important case law context, while only “first-class readers” would have ready access to those materials. Id. at 16-17.

In dissent, Justice Thomas, joined by Justices Alito and Breyer with Ginsburg separately dissenting, disagreed that the government edicts doctrine applied to statutory annotations, arguing that allowing states to copyright them “did not impede fair notice of the law”.  He also warned that the majority’s fear of an “economy-class” version of the law could well become a reality as a direct consequence of its decision, which may lead states to stop producing annotated codes.

As a result of the Court’s holding, any member of the public can now freely republish statutory annotations or other materials created by or for any government lawmaker or legislative body. 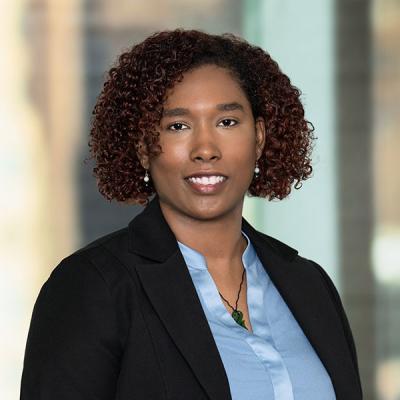