On December 27, 2020, the Trademark Modernization Act of 2020 (“the Act”) became law as part of the Consolidated Appropriations Act, 2021. Among other changes, the Act includes important amendments to the Lanham Act:

The ex parte procedures, instituted to address bad faith filings and “clutter” on the U.S. trademark register, give the Director the authority to review and cancel registrations for unused marks. Unlike a cancellation proceeding before the TTAB, a petitioner does not need standing – “any person” can file a petition under either of the following procedures

The first new section, 16A, permits expungement of registrations that have never been used. It is primarily directed at registrations under Section 44(e) (foreign registration basis) or 66(a) (international registration), neither of which requires proof of use to obtain the registration. Under this procedure, any person may file a petition to expunge some or all goods or services in a registration on the basis that the registrant never used mark on or in connection those goods and services, beginning three years after the date of registration.  Petitioners must include a verified statement that sets forth the “elements of the reasonable investigation the petitioner conducted” and any additional facts that support the petitioner’s allegations. The Director then determines whether the petition sets forth a prima facie case of nonuse and, if so, institutes a proceeding whereupon the registrant may submit either evidence to the contrary or evidence of excusable nonuse. If the Director decides based on the response to cancel the challenged goods and services in the mark, the registrant may appeal to the TTAB. If, on the other hand, the Director decides to retain the registration, that decision has preclusive effect and no further challenges to such goods or services by anyone will be permitted. The Director may, sua sponte, institute an ex parte expungement proceeding “if the Director discovers information that supports a prima facie case” of nonuse.

The second new section, 16B, permits reexamination proceedings for marks that were not used in commerce when the registrant submitted its declaration of use. For Section 1(a) registrations, that means the date the application was filed, and for Section 1(b) applications, it is the date when the registrant filed the amendment to allege use, or when the period for filing a statement of use expired. Similar to Section 16A, any person can petition for reexamination by filing a verified statement with supporting evidence. The petition must be filed within five years of the date of registration. Again, the Director determines whether the petition sets forth a prima facie case, and this determination is final and non-reviewable. Following institution, response by the registrant, and a determination of nonuse prior to the registration date, the Director cancels the challenged goods and services in the mark. A finding that the mark was in use as of the declaration date precludes further challenges by anyone to such goods or services.

The foregoing cancellation proceedings will become effective on December 27, 2021, and apply to “any mark registered before, on, or after that effective date.”

B.  Presumption of Irreparable Harm

The Act creates a uniform rule that establishes a rebuttable presumption of irreparable harm for plaintiffs seeking injunctive relief. After the Supreme Court’s 2006 decision in eBay v. MercExchange, 547 U.S. 388 (2006), lower courts were split on whether such a presumption exists. Now, the Lanham Act explicitly states that a plaintiff seeking injunctive relief “shall be entitled to a rebuttable presumption of irreparable harm” upon a finding of infringement. This change significantly reduces the burden on trademark owners to prove harm and increases the likelihood of obtaining preliminary and permanent injunctive relief.

The Act also formalizes the procedure for submitting a Letter of Protest in a pending application. Any party may submit evidence relevant to a ground for refusal, together with an explanation, for a prescribed fee that is currently $50. The Director has two months to determine whether to include such evidence in the record of the application. The Director’s determination as to whether to include the submitted evidence is final and non-reviewable, but the applicant is not barred from raising any issue regarding the ground for refusal in the application or any proceeding.

The Act gives examiners the flexibility of setting office action response periods that are shorter than the current six months.  An applicant will still have the option to choose to respond within a six-month period by paying the appropriate extension fees. 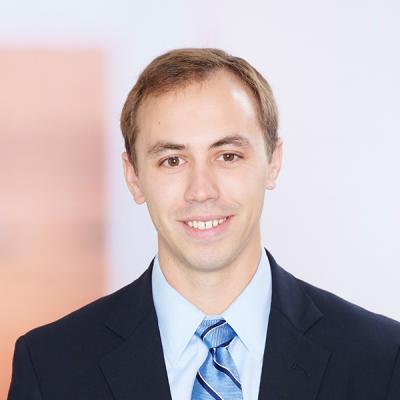 Williams S. Dixon is a Mintz IP attorney who focuses his practice on patent litigation and Section 337 cases in the International Trade Commission. He has a bachelor’s degree in biochemistry.