In a recent IAM article, Levelling the playing field in ITC patent cases by identifying redesigns to a set deadline, we commented on best practices for ITC complainants to protect their interests against the nascent uptick of redesign submissions at the tail end of fact discovery.  Although reasonable minds can differ as to whether the uptick in motion practice is coincidence or a more troubling sign that some respondents are using late redesign disclosures as a vehicle to put complainants at a disadvantage in fast-paced Section 337 proceedings, such late disclosures undoubtedly prejudice complainants’ ability to fully review and assess such disclosures for possible infringement.

For those respondents that have a bona fide, legitimate, interest in obtaining an adjudication of a redesign initiative on the merits, ALJ Elliot’s recent order denying summary determination in Certain Polycrystalline Diamond Compacts and Articles Containing Same, Inv. No. 337-TA-1236, serves as a stark reminder that early, fulsome, disclosures remain the safest route.  Order No. 38 (Sept. 9, 2021).  Respondents with a legitimate interest in having their redesigned products adjudicated, instead of those wielding last-minute disclosures to procedurally disadvantage complainants, should consider earlier disclosures to avoid risking a ruling that they are not entitled to adjudication. The ruling also shows that respondents may not be rewarded by waiting until the last minute to disclose redesigned products.

By way of background, Complainant US Synthetic Corporation filed its complaint in 337-TA-1236 on November 20, 2020, and the ITC instituted the investigation on December 21, 2020.  Respondents only informed complainant of their seven redesigned products on June 21, 2021, along with testing results and evidence of importation, which, as ALJ Elliot pointed out, was “one week before the close of fact discovery[,]” “three weeks before export reports were due[,]” and in a foreign language, which ALJ Elliot found “ma[de] it difficult for [complainant] to respond.”  Id. at 3-4.  More than two weeks later, on July 6, 2021, respondents followed up with non-infringement contentions of their redesigned products.  Id. at 3.

Respondents claimed such disclosures and the subsequent non-infringement contentions to be “timely” and alleged that complainant’s expert could have tested their redesigned products quickly.  Respondents’ Motion for Summary Determination at 18.  However, Complainant disagreed and argued that its expert’s testing protocol showed that testing must be done serially and thus complete testing of all the redesigned products would take “at least two months” from the first day of respondents’ disclosures.  Order No. 38 at 4; Complainant’s Opposition to Summary Determination at 39.  Further problematic for respondents, they “vigorously opposed any efforts by [Complainant] USS to streamline the case by identifying representative products” while “repeatedly demanded that USS show infringement of every claim feature.”  Order No. 38 at 4 (quoting opposition brief).  This contributed to the finding by the ALJ of disputes of material fact over whether the redesigned products infringe or do not infringe complainant’s polycrystalline diamond compact patents, with the ALJ expressly finding that “there is evidence that the needed testing [for complainant to assess infringement] is more time-consuming than Respondents suggest.”  Id.  As a result, ALJ Elliot found that “[g]enuine issues of material fact exist regarding infringement by SF Diamond’s new products and whether Respondents have met the four factor test for adjudication of a redesigned product” with the “conflicting evidence and arguments as to when the products were completed and produced, what evidence of non-infringement is necessary and was provided by Respondents, and the types of tests that are necessary to determine infringement and how long these tests take.”  Id. at 3-4.

This ruling accords with the four-factor test articulated by the Commission in Certain Human Milk Oligosaccharides, Inv. No. 337-TA-1120, that is used in determining whether to adjudicate redesign products; specifically: (1) whether the product is within the scope of the investigation; (2) whether it has been imported; (3) whether it is sufficiently fixed in design; and (4) whether it has been sufficiently disclosed by respondent during discovery, and “the test requires discovery that is sufficient for the complainant to assess the features relevant to the asserted patent claims.”  Id. Comm’n Op. at 18, 20 (June 8, 2020).  While ALJ Elliot appeared to doubt the sufficiency of respondents’ disclosures of redesigned products at the end of fact discovery and partly in a foreign language, taking these factors into consideration along with “the allegedly late and insufficient production of the products,” ALJ Elliot properly concluded that there is a triable issue of fact as to the satisfaction of this test.  337-TA-1296, Order No. 38 at 4.  As a result, ALJ Elliot denied the motion for summary determination of non-infringement of the redesign product.

It is worth noting that an ALJ’s order is not yet an initial determination, which will likely occur after the evidentiary hearing, presuming that the respondents in 337-TA-1236 determine to continue to seek adjudication of their redesigns.  Also, as discussed the IAM article, Levelling the playing field in ITC patent cases by identifying redesigns to a set deadline, it remains to be seen whether ALJs will more formally adopt upfront ground rules and procedural schedules mandating disclosures of products in the scope of the Investigation sufficiently in advance of contention deadlines and completion of discovery, as a way of reducing motion practice and making the forum more efficient.  It is safe to say that there is more to come on this issue of when redesigns are too late in ITC proceedings, and what disclosures will meet the requirements of the test in the Commission’s opinion in Inv. No. 337-TA-1120 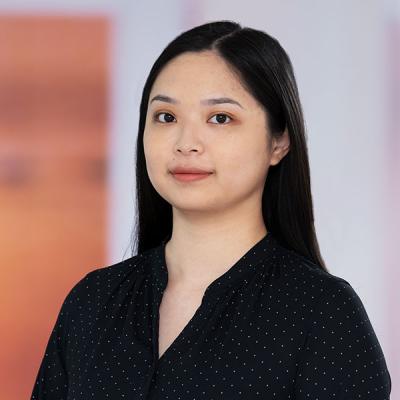