This case stems from alleged misstatement made by Volkswagen Group of America Finance (“VWGoAF”) in an Offering Memorandum governing the issuance of three sets of bonds.  The bonds were offered in private placements with qualified institutional buyers that were exempt from registration under SEC Rule 144A.   The plaintiffs generally allege that the Offering Memorandum highlighted Volkswagen’s efforts to research and develop emission-reducing technology.  Specifically, they allege that the emission-related statements in the Offering Memorandum were misleading because Defendants failed to disclose Volkswagen’s use of a defeat device, and that a significant number of Volkswagen’s vehicles’ on-road emissions greatly exceeded legal limits. These omissions rendered the R&D statements misleading, they assert, because these statements “implied that Volkswagen had already reduced vehicle emissions,” which was not true for a significant number of vehicles. Plaintiff contends that the omissions also made the regulatory-risk statements misleadingly because those statements “implied that Volkswagen’s vehicles were compliant with all such emissions regulations and requirements.”

On July 29, 2017, the United States District Court for the Northern District of California denied the defendants motion to dismiss (Original Order on MTD - July 2017).  It held that theses alleged misstatements were actionable, that the complaint adequately alleged scienter, and that the Affiliated Ute presumption of reliance applied.  Having reached this conclusion, the court did not address whether the Basic presumption applied to the Rule 144A offerings, which, according to the defendants, do not trade in an efficient market.

On March 2, 2018, the court granted the defendants’ motion to reconsider its prior order and dismissed the complaint with leave to amend (Order Reconsideration and Dismissal - March 2018 ) Judge Charles R. Breyer’s dismissal order held that the Affiliated Ute presumption did not apply because the only alleged “omission” was the defendants failure to reveal the falsity of the alleged affirmative misstatements.  The court relied on a recent Second Circuit decision, Waggoner v. Barclays PLC, in which the Second Circuit held that the Affiliated Ute presumption does not apply when the only omission that the plaintiffs allege is the omission of the truth behind an affirmative misstatement. In Waggoner, the Second Circuit Court of Appeals held that the plaintiff investors asserting securities fraud claims under Section 10(b) of the Securities Exchange Act were not entitled to an Affiliated Ute presumption of reliance on omissions because the plaintiffs’ complaint set forth numerous affirmative misstatements to which the alleged omissions were directly related. In the Volkswagen case, the court, likewise concluded that the Affiliated Ute presumption did not apply because bondholders’ complaint is “predicated on affirmative statements that the Defendants are alleged to have made.” Judge Breyer stated: “Either [the] Plaintiff and the other putative class members relied on the R&D and regulatory-risk statements in purchasing VWGoAF bonds or they did not.”

Having determined that the Affiliated Ute presumption of reliance did not apply, the court considered whether the Plaintiffs plausibly alleged reliance either by a showing of direct reliance or by way of the “fraud on the market” presumption of reliance under Basic Inc. v. Levinson. The court found that the Plaintiffs failed to plausibly plead that the bonds traded in an efficient market because their allegations supporting the “efficient market” element of the Basic presumption “focus[ed] almost exclusively on the post-offering market.”  The court thus concluded that the complaint failed to allege details on the initial offering about how prices were set, and whether the offering prices were subject to change based upon market information disseminated prior to the offerings.

With respect to direct reliance, the complaint alleged:

The Plaintiffs filed a Second Amended Bondholder's Class Action Complaint (SAC) on April 2, 2018. The new complaint adds allegations of (a) of direct reliance, (b) that the bonds were priced and traded on an efficient market, (c) that this fraud created the market, and (d) that Volkswagen committed fraud on the regulatory process.

The SAC’s new allegations of individual reliance by the Plaintiffs state:

If successful – the defendants claim the allegation do not comport with Rule 9(b)’s specificity requirements – these allegations may help the Plaintiffs survive a motion to dismiss, but may also create issues for class certification, primarily because, in order to certify the class, the Plaintiffs will need to demonstrate that the alleged reliance on misstatements by Volkswagen was common across the class.

The SAC also seeks to demonstrate that the Basic presumption of reliance applies, alleging that the VWGoAF bonds that the bondholders purchased were issued at “efficient market prices.”  Specifically, the new complaint alleges:

Corporate bonds are priced in accordance with their yield in comparison to a relative benchmark or benchmark curve pricing. The bond’s relative yield to its benchmark is called a “spread.” The yield spread is used both as a pricing mechanism and as a relative comparison between bonds. The issuer of the bonds determines an appropriate spread range that will attract potential buyers based on comparable bonds already trading in the secondary market, existing bonds of the underlying corporation, and the credit rating of the corporation’s other bonds. The price of bonds also reflects the present value of the expected future cash flow it generates. The present value considers and depends on the likelihood of ultimate repayment of the principal amount – i.e., the likelihood of default of the issuing corporation, or “credit risk” – as well as the market interest rate for other comparable securities and the risk-free interest rates of U.S. Treasury bonds. The objective is to determine the market price for the new issue bond that reflects all publicly available information that is material to investors. …

However, as Volkswagen points out in its motion to dismiss, the Basic presumption is available “only when a plaintiff alleges that a defendant made material misrepresentations or omissions concerning a security that is actively traded in an efficient market.”  Because the bondholders purchased the VWGoAF bonds in an initial Rule 144A offering, and not while the bonds were actually trading on a market, the court may conclude that the Plaintiffs may not rely on the Basic presumption.

In addition, the SAC attempts to invoke a “fraud created the market” theory and a “fraud on the regulatory process” theory. The “fraud created the market” theory would presume reliance when a market for the securities that the plaintiffs purchased would not have existed but for the fraudulent scheme engaged in by the Defendants. The “fraud on the regulatory process” theory would presume reliance where the plaintiffs, in purchasing securities, relied at least indirectly on the integrity of the regulatory process and the truth of any representations made to regulatory agencies.  The problem for the Plaintiffs is that the viability of these two proffered theories is far from certain.

If the court accepts VWGoAF’s arguments – particularly those excluding bonds purchased in Rule 144A offerings from the scope of the Basic presumption – it could mean that institutional investors would have to resort to individual actions, rather than class actions, to recover damages for fraud stemming from these types of private placements.

The Plaintiffs’ briefs in opposition to the motion to dismiss are due on June 7, 2018. 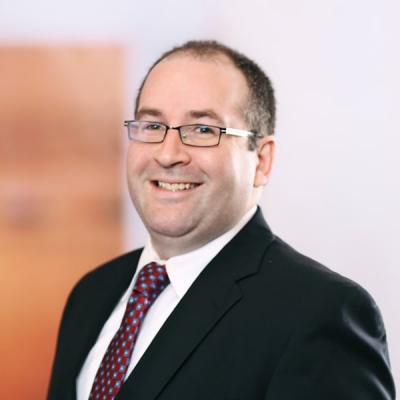