In a Chapter 11 proceeding, the company continues to operate its business as a “debtor-in-possession.”  The debtor-in-possession’s goal is to turn itself around financially and restructure its financial obligations, rather than liquidate its assets, although sometimes a Chapter 11 is filed to sell the company’s assets as a going concern.  Immediately upon the filing of a bankruptcy petition (frequently referred to as the “Petition Date”), the debtor company is entitled to the benefit of an “automatic stay” that prevents creditors from continuing or taking actions against it, including actions to enforce claims that arose prior to the filing.  This gives the debtor a “breathing spell” during which it may continue to operate in the ordinary course of its business and seek to reorganize.

Any member of the Mintz team can put you in touch with the right attorney to provide you with specific guidance on any of these issues.

Yes.  A debtor-in-possession maintains the ability to pay employees and offer health benefits in the ordinary course of its business.  If, however, the company was not able to pay all amounts owing to its employees prior to the Petition Date, then it is required to obtain permission from the Bankruptcy Court in order to pay those “pre-petition” wages and benefits following the Petition Date (the period after the filing of the bankruptcy petition is generally referred to as “post-petition”).

2. Can a company in Chapter 11 make basic decisions regarding work terms and conditions and related HR matters?

Yes.  A debtor-in-possession is generally entitled to conduct operations, including in relation to its employees, in the ordinary course of its business following the Petition Date (i.e., post-petition). Any action that is atypical, or out of the ordinary course of business, requires approval of the Bankruptcy Court.  Bankruptcy counsel will assist you in making this distinction.  Further, the debtor-in-possession must remain in compliance with certain federal and state statutes that require notice be provided to employees in advance of mass layoffs (i.e., the federal WARN Act and state WARN analogs). It is important to consult restructuring professionals in order to ensure compliance with all applicable law.

3. Can a company in Chapter 11 enter into executive employment agreements?

It depends.  While it may be permissible for a debtor to enter into a standard executive employment agreement in the ordinary course of business after filing for bankruptcy protection, it is best practice to obtain Court approval, especially if there is anything out of the ordinary course of business about the agreement (which, for example, is likely the case if such agreement is being negotiated post-petition for a senior executive). If the agreement is out of the ordinary course of business, then the debtor company must seek Court approval and justify the agreement based on the particular facts and circumstances of the case.  Most of the time, the Court will apply the so-called “business judgment” standard, which requires  that the decision was made on an informed basis, in good faith, and in the honest belief that the decision was made in the best interests of the company, when determining whether to provide such approval.

4. Can a company in Chapter 11 enter into agreements designed to retain key employees during the pendency of the Chapter 11 case?

Companies in bankruptcy are often concerned about retaining key employees during the reorganization process.  The Bankruptcy Code places strict limitations on key employee retention plans (or KERPS) to employees who are considered “insiders.” Insiders include officers, directors, and others in control of the debtor company. The Bankruptcy Code prohibits payments or obligations to insiders for the purpose of inducing such person to remain with the debtor’s business, absent an evidentiary finding by the Court that: (a) it is essential to retain the person because he or she has a bona fide job offer from another business at the same or greater rate of compensation; (b) the services provided by the person are essential to the survival of the business; and (c) either (i) the amount at issue is not greater than 10 times the amount of the mean transfer or obligation of a similar kind given to non-management employees during the calendar year in which the transfer is made or the obligation is incurred, or (ii) if no such similar transfers or obligations were made, the amount of the transfer or obligation may not be greater than an amount equal to 25% of the amount of any similar transfer or obligation made to or incurred for the benefit of such insider for any purpose during the calendar year. Debtor companies will sometimes structure proposed payments to personnel as key employee incentive programs (or KEIPS) in order to avoid the limitations in the Bankruptcy Code.  However, as a KEIP is itself outside of the ordinary course of business, it too must be approved by the Bankruptcy Court. It is important to consult with bankruptcy counsel in order to distinguish between a KEIP and a KERP and to structure any such program in a manner most likely to receive approval by the Bankruptcy Court.

5. Can a company that is contemplating filing for Chapter 11 enter into severance agreements before filing for bankruptcy protection?

Again, consult your attorney on this one.  You will want the assistance of counsel to weigh your “clawback” risk. When a debtor takes on new contractual obligations on the “eve of” bankruptcy filing, such as those attendant to a severance agreement, those contracts will be closely scrutinized in order to determine whether they can be cancelled so that value can be brought back into the debtor company’s estate.  If a company is insolvent at the time it makes a transfer or incurs an obligation, or if the debtor receives less than “reasonably equivalent value” in exchange for a transfer or obligation, then that transfer or obligation may be subject to clawback and voided.   Please note that the length of the clawback period (i.e., the length of the period before bankruptcy, during which time such transactions can be challenged) can vary based on applicable law and the specific circumstances of the transaction at issue.

6. Is a company in Chapter 11 liable for severance payments pursuant to a severance plan, policy, or agreement executed prior to the bankruptcy filing?

7. Can a company in Chapter 11 restructure debts for wages and health plan benefits?

Yes. A key part of formulating a restructuring plan under Chapter 11 involves consideration of a company’s employee-related debts. Your bankruptcy counsel will assist you in formulating a plan that not only makes sense for the future of the company but also is consistent with the provisions of the Bankruptcy Code, applicable law and the company’s business goals. Generally, pre-petition employee claims for wages and benefits, up to a certain amount, are classified as “priority unsecured debt,” provided certain conditions are met. “Priority unsecured debts” are paid after secured debts (i.e., debts secured by collateral held by the bankrupt company), but before other general unsecured debts (i.e., debts that are not secured by any form of collateral).  This classification applies: (A) to forms of compensation such as unpaid hourly wages, salaries, commissions, vacation, severance, and sick leave pay, (B) if earned within 180 days of the company’s bankruptcy filing or when the company ceased operating its business, whichever is earlier, and (C) up to $13,650 per employee who files a claim, with such amount adjusted upward for inflation every 3 years. Claims for wages and benefits which were not earned within the time frame or exceed the dollar maximum are treated as general unsecured claims (and, accordingly, do not have priority status).  Similarly, employee claims for unpaid contributions to an employee benefit plan (e.g., a pension plan) also are classified as “priority unsecured debt,” provided certain conditions are met. Often a motion seeking Court permission to pay these pre-petition priority wage and benefit amounts is among the first pleadings a debtor files in a Chapter 11 bankruptcy proceeding and, assuming procedural rules are followed, such motions are routinely allowed.

8. Can a company in Chapter 11 terminate employment agreements or collective bargaining agreements?

Generally, yes.  As previously noted, a debtor company may reject pre-petition agreements if they are “executory.”  An unexpired employment agreement is an executory contract because both the company and the covered employee have material ongoing obligations under the agreement.  Therefore, the debtor company can reject the agreement, and the employee has a claim against the debtor’s estate.  The Bankruptcy Code gives special treatment to collective bargaining agreements (“CBAs”).  In order to reject or modify a CBA, the debtor company must engage in an expedited negotiation process for modifying a CBA, and the Court must evaluate whether the debtor can reject a CBA if negotiations are unsuccessful.  In order to reject a CBA, the Court must determine (i) that the company made a proposal to the union that provides for modifications in the employees’ benefits and protections that are necessary to permit reorganization and ensures all affected parties are treated fairly and equitably; (ii) the authorized representative of the union refused to accept the proposal “without good cause,” and (iii) the balance of the equities clearly favors rejection of such agreement.

9. Can a company in Chapter 11 enforce post-employment covenants?

Yes.  Companies in bankruptcy can enforce non-competes, non-solicits, non-disclosures and similar post-employment covenants, just as it can outside of bankruptcy, provided that such covenant is valid  and enforceable under applicable law.

10. When a company files for bankruptcy, does the automatic stay enjoin pending employee litigation?

Yes, generally.  The automatic stay enjoins litigation by employees against the debtor company only. The company’s bankruptcy filing does not stay any proceedings against individuals who are not themselves in bankruptcy and who may be facing litigation based on their personal liability related to the company.  Also, the automatic stay does not enjoin pre-petition claims brought by governmental units (e.g., EEOC, NLRB, Secretary of Labor) to enforce such unit’s police or regulatory powers.  However, such governmental unit generally will be stayed from seeking and enforcing monetary claims. 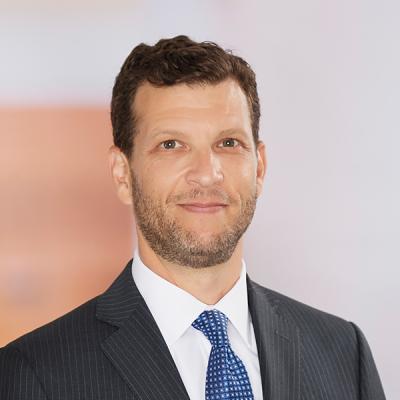 H. Andrew Matzkin is an employment litigator at Mintz, and he provides counsel on labor and employment issues. Drew represents clients in life sciences, technology, industrial, and professional services before federal and state courts, arbitrators, and administrative agencies. 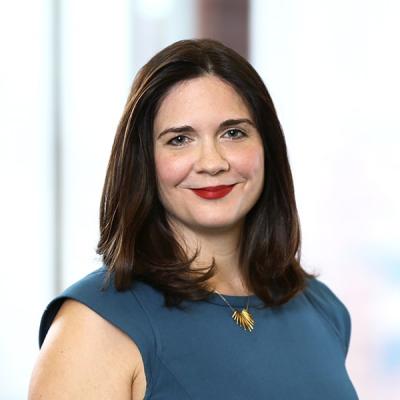