Indemnification provisions in private company M&A contracts have received a significant amount of attention in recent years. Much of that attention has been focused on fraud carveouts, non-reliance provisions and sandbagging clauses. And for good reason – these provisions are important tools used to allocate risk among deal participants. But there has been a lack of attention paid to another critical provision of these contracts – the control of third party claims occurring after the closing of a company sale. This article will attempt to highlight to deal-makers and acquisition attorneys the frequency of certain provisions that shift control of these claims, as well as unpack the significance of the various approaches.

The Importance of Control

Why do we care about control of third party claims? Well, from a seller’s perspective, since it is typically the party with economic responsibility for the consequences of such a claim, it would be the party with the incentive to vigorously and efficiently defend it. Separating economic responsibility from control results in the “moral hazard” problem where the buyer may not be sufficiently motivated to be efficient with the claim. In recognition of this concern, sellers have historically retained some level of control over third-party claims that arise following closing[1].

From the perspective of the buyer, however, limiting exposure to a third-party claim may be necessary to ensure that the buyer has received the value it bargained for in the transaction. In addition, there are certain types of claims that impact a buyer in a way that exceeds or is different from the initial economic considerations, and thus a seller seeking to limit its financial exposure may not act in alignment with a buyer’s interest in all cases. Accordingly, sellers’ control over such claims should be limited or taken away entirely when approaching a deal from the buyer’s perspective.

Who Should Control Third Party Claims?

In order to examine these provisions more closely, we took a fresh look at almost 50 recent deals to see how they approached this important issue. All of the deals we reviewed were private-target company sale transactions filed on the SEC’s EDGAR website with a purchase price between $5 million and $450 million[3]. With a few important exceptions, our results were consistent with the data tracked by the ABA Study. We also gained some valuable additional insight into how parties approach the issue of control.

Our review centered on those acquisition agreements (i) with indemnification provisions and (ii) in which the indemnifying party may ordinarily control claims, which we refer to as “Seller Control Deals.” We found that 78% of Seller Control Deals included a carve-out to seller control for claims seeking non-monetary relief. 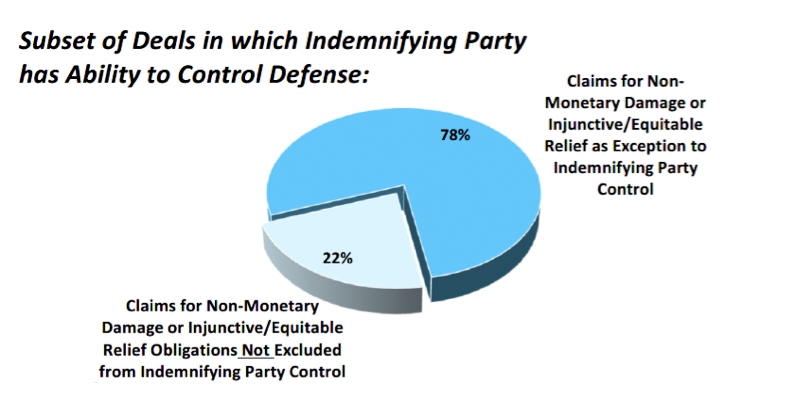 This is consistent with the ABA Study and important from a buyer’s perspective, as a seller’s economic liability under the acquisition agreement, may not be adequate to protect a buyer from the consequences of injunctive relief that may handicap the acquired business on a going-forward basis. And if the seller is not fully motivated by such consequences, this is a classic circumstance where the seller with control may not be properly incentivized to manage the claim in an optimal manner for the buyer.

But this common carveout is problematic for sellers, because most claims from third parties request some form of non-monetary relief even if the primary claim or claims seek monetary damages. Several of the deals we reviewed reflect this concern by applying a more narrowly tailored solution to this common problem, limiting the carveout to a claim that “primarily seeks equitable or injunctive relief” or is for a “material liability, obligation or restriction other than monetary damages.” However many deals continue to have an unqualified exception to seller control for any third party actions that include claims for non-monetary relief.

Switching to carveouts that are less common, the ABA Study found that 21% of Seller Control Deals contained a carveout for claims involving customers or suppliers of the acquired business.  This represents another situation where a buyer may seek to retain control of a claim because its interests diverge from those of the seller.

A buyer might handle a claim against an important customer carefully, taking into account the value of the ongoing relationship and chance for future business, while a seller would likely handle such a claim purely to minimize economic loss in the present conflict, even if that could put the future relationship at risk.

Our approach differed from the ABA Study, which was limited to carveouts addressing customers and suppliers. Since these consequences may not be particularly relevant to all clients, particularly technology or life-science companies in a pre-commercial phase without customer relationships, we tracked all carveouts addressing continuing interests of the acquired business as a going concern.

Our review showed that almost half (44%) of Seller Control Deals contained a carveout to seller control for claims that in some manner implicate the ongoing concerns of the acquired business. 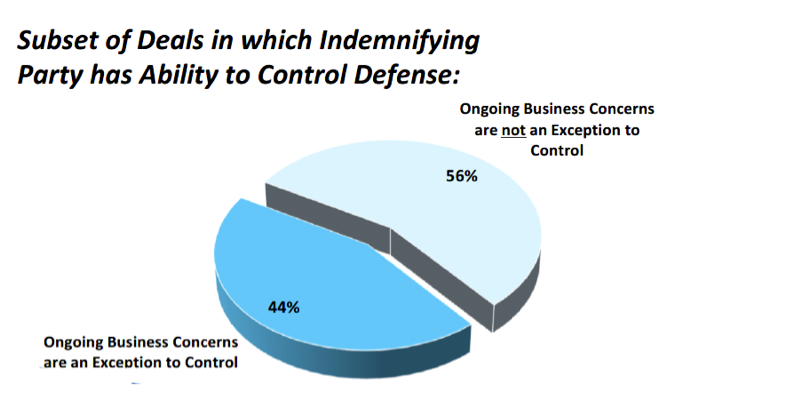 Many of these carveouts are significantly broader than the carveout tracked by the ABA. For example, we found carveouts for claims (i) that would “materially interfere with or materially and adversely affect the business, reputation, operations or assets of [the buyer],” (ii)  that would implicate the buyer’s “reputation or future business prospects” and (iii) that involve “a dispute with a Person that has a former, current or potential material business relationship with [the buyer].”

The Financial Means Carveout – How Should It Be Measured and What Does It Mean?

There were a few areas in which our data painted a different picture than the ABA Study. For example, our data showed that 47% of Seller Control Deals contain a carveout for claims with potential liability above a certain threshold, which is higher than the 33% found in the ABA Study. These carveouts exist because a buyer has a legitimate interest in ensuring that a seller will have adequate resources to defend a claim and not leave the buyer with resultant liabilities. 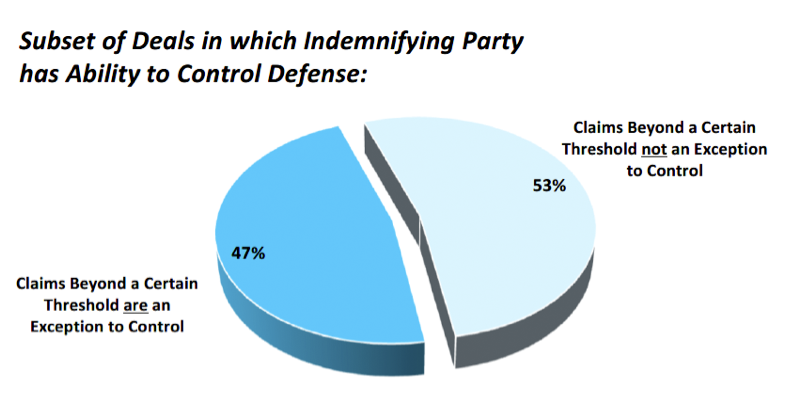 These claim-value threshold provisions are another area where there is a significant variety of approaches used by deal-makers. Some deals use a rather subjective standard, stating that a seller may only control a claim for which it has financial means to satisfy, based on evidence to the reasonable satisfaction of a buyer. This type of standard may be troubling to a seller that is unsure of how such evidence will be evaluated by a buyer.

Another common approach is to carve out from seller control claims with a potential liability above a certain amount, which is often tied to the amount remaining in escrow or whatever liability cap may be in place under the agreement for the claim in question. While this solution adds more clarity to the standard, it is not perfect, as the claimed amount may be unrealistic, or may change over time, and in any event it is difficult to measure what the reimbursable legal fees may be for a given claim.

Also noteworthy is that the liability caps in the purchase agreement that apply to indemnity claims arguably may not apply to limit the exposure of a seller that has assumed the defense of a third-party claim. While some contracts clearly state that the caps on indemnity liability apply to a seller’s obligation to assume defense of a claim, most are silent on this point, and there are several contracts that expressly provide that a seller’s liability is not limited by the indemnity caps once the seller has assumed the defense of a third-party claim.

Can Control Be Given and Then Taken Away? And by Whom?

The ABA Study did not examine the prevalence of a requirement of a seller to diligently prosecute the defense of the third-party claim as a condition to control. But in analyzing this subject, we observed both a majority approach, some interesting possibilities for shifting control, as well as a several practice tips for practitioners.

Our data indicated that in 61% of all Seller Control Deals, the party controlling the claim had a formal requirement to do so according to some (oftentimes nebulous) standard of thoroughness.  Though reasonable at first blush, this introduces a level of subjectivity to the process, with standards ranging from “reasonably” to “diligently” to “vigorously.” 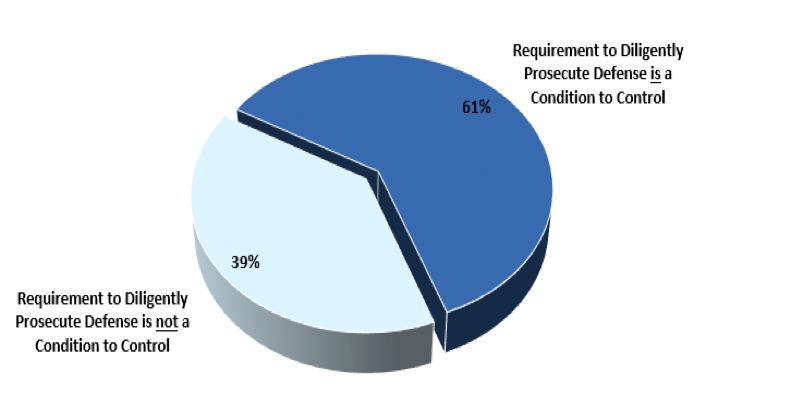 Effectively, these provisions can result in a circumstance where the party asserting the contractual right to control a claim is thereafter stripped of that control upon the determination that its legal effort was off-the-mark, or simply that it was sluggish. To say the least, such a potential circumstance introduces new risk for additional dispute (and corresponding cost) amongst the primary parties, not to mention the possibility for strain on the effective management of the underlying indemnity claim against a third party.

What’s more, there is wide variation as to who determines whether an infirmity in the defense has occurred, such that control shift would be triggered. During our review, we observed variations such as the indemnified party being permitted to exercise its own “good-faith and reasonable” discretion (bereft of any independent review) as to whether the indemnifying party was adequately conducting the defense. Conversely, other approaches apply guard rails: either in the form of a determination by a court or a legal opinion by a nationally recognized law firm.

Many deals these days utilize representation and warranty insurance to address the risk of loss, including from third-party claims, following the closing. In a typical insured deal with a buy-side policy, a buyer’s recourse for losses is limited, often with exceptions, such as breaches of "fundamental representations," to recovery under the policy.

Given the role played by the insurer, control of third-party claim provisions typically receive even less attention in insured deals than in non-insured deals. However, it is important to think through which party owns the exposure to claims outside the policy – those claims that either exceed the policy limits or are for some other reason subject to an exclusion from coverage. As between the buyer and the seller, the party that owns the risk outside the policy has the most incentive to minimize liability and defense costs of any such excluded third party claims.

While control of third-party claim provisions are often overlooked or treated as boiler-plate in a typical private target company sale transaction, these provisions, and often carefully constructed but subtle variations therein, can have a significant impact on the level of control and ultimately the economic exposure of a seller for losses following the closing. While our findings were generally consistent with the ABA Study, and continued to show that sellers are given control over certain claims in most deals, a closer look at the language demonstrates that much of this control is illusory.

Whether through a carveout that excludes claims that seek non-monetary relief, broadly defines the interests of the continuing business, or gives the buyer significant discretion in determining whether the seller is vigorously defending a claim, buyers often have the ability to retain control.  In this case, if sellers are unable to negotiate a favorable resolution of these provisions, they may seek protection under other provisions, such as consent rights over counsel and settlement, mitigation of loss covenants or other creative solutions. As insured deals become more and more popular, these control provisions receive even less attention – and at times rightfully so as a seller has less interest in controlling claims that are clearly covered by the policy. However, sellers should take care to understand which party owns the risk of claims that fall outside the policy to make sure it has adequately assessed the importance of some level of control over such claims.

3  We reviewed a total of forty-seven (47) deals publically filed to the EDGAR database in 2016. We excluded walk-away deals where no indemnity section existed. 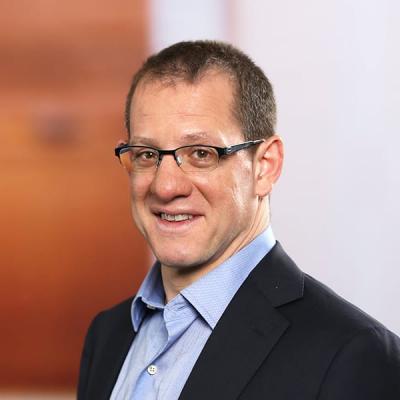