Earlier this week, Intellectual Ventures (IV) petitioned the full Federal Circuit to review the panel opinion in Intellectual Ventures v. Symantec, which invalidated two of its patents under section 101.  Both patents—the ’050 and the ’610—are directed to filtering email or file content.  (IV does not challenge the invalidation of a third patent, which was directed to receiving, screening, and distributing email.)  The petition echoes concerns raised by clients, courts, and the patent bar about the growing uncertainty about what is—and what is not—patent eligible, especially in the area of software patents.  Identifying two emerging fault lines in the court’s evolving section 101 jurisprudence, IV urges the full court to bring much needed doctrinal clarity and methodological consistency to the patent eligibility analysis.

The three members of the panel agreed that the ’050 patent was directed to patent ineligible subject matter because it broadly claimed the abstract idea of achieving a certain result— filtering unwanted email content—without any “specific or limiting recitation of improved computer technology.”  In so holding, the panel distinguished the ’050 patent from that at issue in another recent Federal Circuit opinion, Bascom Global Internet Servs. v. AT&T Mobility LLC,  827 F.3d 1341 (Fed. Cir. 2016). The Bascom patent, which was also directed to the abstract idea of filtering content, was held to be patent eligible because it was a technical improvement over prior art ways of filtering content on the Internet, and described with specificity how the claimed technical solution was accomplished.

The panel was divided, however, as to the patent eligibility of the ’610 patent, which was directed to screening for computer viruses over a telephone network.  Reversing the district court, the majority (Judge Dyk and joined by Judge Mayer) held that the ’610 patent was ineligible for patent protection.  Again distinguishing Bascom, the majority explained that the Bascom patent “did not merely move existing content filtering technology from local computers to the Internet, which ‘would not contain an inventive concept,’ but overcame existing problems with other Internet filtering systems.”  The ’610 patent, the IV majority held, was different; it did not recite “any improvement to conventional virus screening software, nor … solve any problem associated with situating such virus screening on the telephone network.”

Judge Stoll disagreed.  Citing the specification and the lower court’s findings, Judge Stoll observed that although it uses generic computer components, “the invention harnesses network architecture and exploits it by utilizing a non-conventional and non-generic arrangement of virus screening components, which improves overall network security and usability.”  She dissented on the grounds that there was no meaningful difference between the ’610 patent and the Bascom patent.

The Petition for rehearing en banc

In its petition for rehearing, IV identifies two emerging fault lines in the Federal Circuit’s developing section 101 jurisprudence—one doctrinal and the other methodological—warranting full court review.

First, IV argues that the panel’s decision is inconsistent with Bascom and with other recent cases interpreting that opinion.  It acknowledges that the court’s common law decisional approach to deciding patent eligibility cases—comparing the facts of one case to the facts of others to determine whether the patent at hand is more or less like the patents held eligible or ineligible in other cases—makes sense given the difficulty of pinning down the precise contours of what constitutes an “abstract idea” or an “inventive concept.”  But this difficulty, IV contends, “makes it far more important to ensure that cases with similar facts in fact come out the same, so that the bar and lower courts can derive reasonable guidance from the precedents.”   It argues that “the majority’s reasoning here does not take Bascom’s own facts seriously, and thus needlessly undermines one of the few fixed stars within this difficult doctrine—threatening to make a dead letter of cases like Bascom and Enfish.”  It urges the full court to review the case to “set the caselaw back on a consistent path” and away from the “random doctrinal walk” the majority opinion appears to have taken.

Second, IV argues that the panel decision reflects a critical methodological inconsistency.  The question at issue, it says, is this: for purposes of the patent eligibility inquiry, “should a patent’s claims be reviewed both as construed and in light of the concrete improvements over the prior art taught in the specification, or must the Court rely exclusively on the claims themselves?”  IV argues that this difference in methodology explains the different conclusions drawn by the dissent and the majority:  “Judge Stoll and Judge Dyk reached different results here because one considered the specification and trial testimony and the other rejected those sources as irrelevant, and lower courts will recreate the same inconsistencies … until this Court clarifies how the analysis should be done.”   The former approach—relying on the specification to understand the claims—is in line with Bascom and several other opinions upholding the patentability of software claims, IV says.  The latter approach “not only conflicts with this precedent, but also massively tilts the Section 101 scales towards invalidation” because the technological improvements effected by the claims are usually only disclosed in the specification, not in the claims themselves.

It remains to be seen whether the full court will take up IV’s petition for rehearing, whether the fault lines it identifies faithfully capture the differences in approach among Federal Circuit judges, and, if so, whether those fault lines will grow or contract, whether others will emerge, and more generally how the court’s section 101 jurisprudence will evolve.  But the doctrinal and methodological inconsistencies IV identified are not the only—or even the principal—reason the panel opinion has garnered so much attention, or has caused general unease across the software industry, from inventors to investors.  That was caused by Judge Mayer’s concurrence, which called on the Federal Circuit finally “to acknowledge that Alice sounded the death knell for software patents.”

Although not widely shared among the members of the court, Judge Mayer’s view of software patents is instructive and worth heeding, for it illuminates some the principal concerns animating the court’s evolving 101 jurisprudence—even if that evolution has, to date, looked more like a “random doctrinal walk” than a “consistent path,” as IV contends.

Judge Mayer presented four reasons he believes “claims directed to software implemented on a generic computer are categorically not eligible for patent.”

First, software patents are too broad.  “They typically don’t include any actual code developed by the patentee” or any other specific implementation “but instead describe in intentionally vague and broad language, a particular goal or objective,” without disclosing “any specific, inventive guidance for achieving that goal.”  Second, they provide incentives at the wrong time in the innovation process—at the idea phase, which is a relatively easy phase, not at the implementation phase, which is correspondingly much harder.  Third, there are too many software patents on the street, which makes innovating in any technological field “without being ensnared in the patent thicket” “virtually impossible.”  Fourth, “and most fundamentally, generically-implemented software invariably lacks the concrete borders the patent law demands.”   It is too unbounded to provide the kind of line of demarcation a patent provides, dividing that from which the patent owner is permitted to exclude the whole world, and everything else.

Judge Mayer’s view that “generically-implemented software” should be categorically excluded from the protection of the patent law remains a minority position, but the reasons he presents in support of that view point in the same direction as those that animate the Supreme Court’s recent section 101 jurisprudence and the Federal Circuit’s various attempts to implement it—away from ideas, goals, and objectives that, if granted patent protection, threaten to preempt whole swaths of human activity, and towards more clearly delineated, specific implementations of those ideas, goals, and objectives.  The closer a software patent is to the former end of that spectrum, the more vulnerable it will be to being invalidated on § 101 grounds; the further away it is, the more likely it will be to survive a § 101 challenge.  That much at least is clear.  It is also clear that the line between the two is in flux and will likely continue to be for some time to come.

Nevertheless, given the widespread call among district court judges and members of the patent bar for more clarity and less uncertainty, it is not unreasonable to expect the full Federal Circuit or the Supreme Court—or both—to take up the call in the not-too distant future. 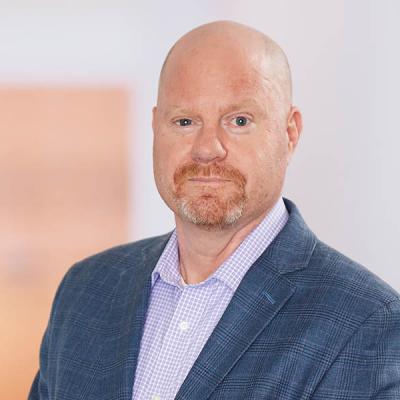