Software patents are generally directed to a sequence of steps or rules, i.e., an algorithm, performed by a computer programmed to carry out the algorithm.  Because algorithms are inherently functional in nature, software patent claims are frequently written using functional, as opposed to structural, terms.  In many cases, software claims recite vague sounding “units” or “modules” to carry out steps of the algorithm.

Consequently, software claims are often subject to the means-plus-function guidelines set forth in 35 U.S.C. §112(f), which require that the specification describes structure to perform the claimed function.  Although a computer-implemented algorithm is necessarily executed using structural parts—e.g., a microprocessor, a memory, etc.—a description of such parts in the specification, on its own, may not suffice as the structure needed to satisfy 35 U.S.C. §112(f) and protect the claims from indefiniteness.

According to 35 U.S.C. §112(f) (formerly 35 U.S.C. §112, sixth paragraph), “[a]n element in a claim for a combination may be expressed as a means or step for performing a specified function without the recital of structure, material, or acts in support thereof, and such claim shall be construed to cover the corresponding structure, material, or acts described in the specification and equivalents thereof.”  Claim limitations invoking 35 U.S.C. §112(f) are commonly referred to as “means-plus-function” limitations.

A three-part test for identifying a means-plus-function limitation is set forth in MPEP §2181(I):

When a claim limitation is deemed to invoke means-plus-function, corresponding structure must be disclosed in the specification itself in a way that one skilled in the art will understand what structure (or material or acts) will perform the recited function. See Atmel Corp. v. Information Storage Devices, Inc., 198 F.3d 1374, 1381, 53 USPQ2d 1225, 1230 (Fed. Cir. 1999).  If there is no such disclosure of structure for performing the recited function, the claim is rendered indefinite under 35 U.S.C. §112(b). See MPEP §2181(II)(A).

In the case of software patents, the claimed subject matter generally includes a series of computer-implemented steps, often invoking means-plus-function.  At first, one might assume that a computer, a microprocessor, or the like constitutes structure corresponding to the claimed function.  While technically accurate, for the purposes of 35 U.S.C. §112(f), the corresponding structure is (almost always) not a general purpose computer by itself, but rather the algorithm for carrying out the claimed function.

In Aristocrat Techs. Australia PTY Ltd. v. Int’l Game Tech., the court held that the structure corresponding to a 35 U.S.C. §112(f) limitation for a computer-implemented function “must include the algorithm needed to transform the general purpose computer or microprocessor disclosed in the specification” to a “special purpose computer” programmed to perform the claimed function. See Aristocrat, 521 F.3d at 1333, 86 USPQ2d at 1239.  The court stated that claiming a means for performing a specific computer-implemented function, without sufficiently disclosing the algorithm to perform that function, amounts to “pure functional claiming” and warrants a rejection for indefiniteness under 35 U.S.C. §112(b). See Aristocrat, 521 F.3d 1328 at 1333, 86 USPQ2d at 1239.

The sufficiency of the disclosed algorithm is determined in view of what a person of ordinary skill in the art would understand as sufficient to make the boundaries of the claim understandable. See Noah Systems Inc. v. Intuit Inc., 675 F.3d at 1313, 102 USPQ2d at 1417.  The algorithm must be disclosed in a degree of detail such that a person of ordinary skill in the art would know how to program the computer to achieve the claimed function. See Aristocrat, 521 F.3d at 1338, 86 USPQ2d at 1242. For example, it is not sufficient to merely reference a specialized computer (e.g., a “bank computer”), some undefined component of a computer system (e.g., “access control manager”), “logic,” “program instructions,” or other element that is essentially a black box intended to perform the recited function. See Blackboard, Inc. v. Desire2Learn, Inc., 574 F.3d 1371, 1383-85, 91 USPQ2d 1481, 1491-93 (Fed. Cir. 2009).  The court in Blackboard held that simply repeating the claimed functions in the specification is not a sufficient disclosure for an algorithm which, by definition, must contain a sequence of steps. See Blackboard, 574 F.3d at 1384, 91 USPQ2d at 1492.  In other words, there must be some explanation of how the computer or computer component performs the claimed function; or else such disclosure is akin to disclosing only a general purpose computer.

It should be noted there are certain circumstances where disclosing only a general purpose computer is sufficient for 35 U.S.C. §112(f) purposes.  In In re Katz Interactive Call Processing Patent Litigation, 639 F.3d 1303, 1316, 97 USPQ2d 1737, 1747 (Fed. Cir. 2011), the court identified an exception to the guidelines above in which a general purpose computer may be sufficient as the corresponding structure if the claims merely recite a “general computing function,” such as a “means for storing data.”  However, such circumstances are limited, and practitioners would do well to assume that disclosure of the algorithm necessary for carrying out the claimed function is always needed.

Software patent claims are frequently written using functional terms.  That is, the claims recite what the software does, rather than what it is.  Such limitations lack structure for performing the claimed function, and often invoke 35 U.S.C. §112(f) as a result.  Because these limitations are implemented on computers, the specification must describe the algorithm needed to transform a general purpose computer to a special purpose computer programmed to perform the claimed function.  As the court stated in Eon Corp. IP Holdings, LLC v. AT&T Mobility, LLC, “[i]t is well-established that the corresponding structure for a function performed by a software algorithm is the algorithm itself.” See Eon, 785 F.3d 616, 621 (Fed. Cir. 2015).  Thus, practitioners should disclose with sufficient detail any algorithms corresponding to computer-implemented claim limitations in the specification, as failing to do so can result in the limitations being deemed indefinite. 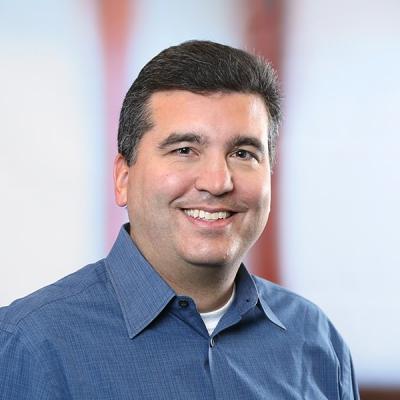